Where to find and hunt Badgers in Red Dead Redemption 2 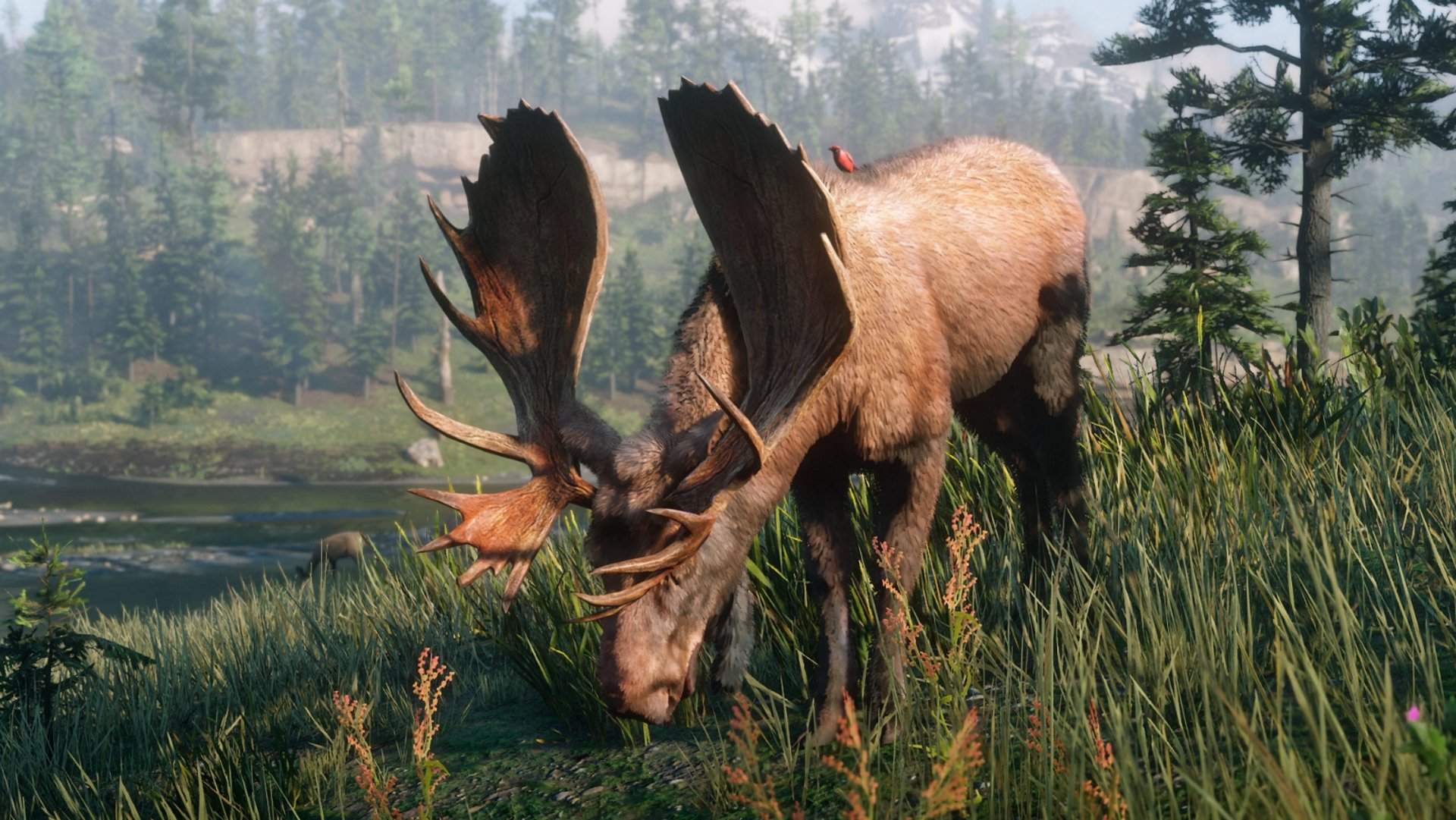 Where to find and hunt Moose in Red Dead Redemption 2

Learn the location of the reclusive Legendary Moose so you can hunt it for a special Trinket.

The moose is a majestic and proud creature, which makes hunting it in Red Dead Redemption 2 seem a real shame. Fortunately though, killing virtual wildlife is a-okay, especially when you’re trying to make a living in the Wild West. The in-game moose is classed as a massive mammal, and unlike the many smaller creatures clogging up the world, moose are dispersed only in small pockets across the map. Fortunately, we’ve already tracked down the prime hunting spots for you, so read on to learn where to find moose in Red Dead Redemption 2.

Where to find and hunt Moose in RDR2

Red Dead Redemption 2’s Moose comes in two forms: the Western Bull Moose, and the Western Moose (not counting, of course, the Legendary Moose). While you might think males and females would be found in the same places, that’s not quite the case for Red Dead’s universe. Check the map above for the best locations to hunt moose in general, but we’ve also included a list below with more specific areas for each type.

Because Moose are classed as Massive animals, if you’re after a Perfect Pelt you’ll need to use either a Long Scope Rifle or a Bow with Improved Arrows when you make the kill. Remember to study your target from afar to judge the quality of the pelt. While the Western Moose provides a nice pelt for crafting, the Western Bull Moose is a more desirable target as you’ll be able to make use of its antlers too. Once you're comfortable tracking the regular versions, you should try your hand at tracking the Legendary Moose with the help of our guide.

Looking for other animal locations in Red Dead Redemption 2? We have guides for the all animal locations, including badgers, beavers, and rarer creatures like the Legendary Coyote or Legendary Buck. If you’d rather spend your time chasing non-living prey, read our guide for where to find all Amazing Inventions Cigarette Cards in Red Dead Redemption 2.