How to unlock PVP in Fallout 76

Learn how to unlock PVP combat in Fallout 76 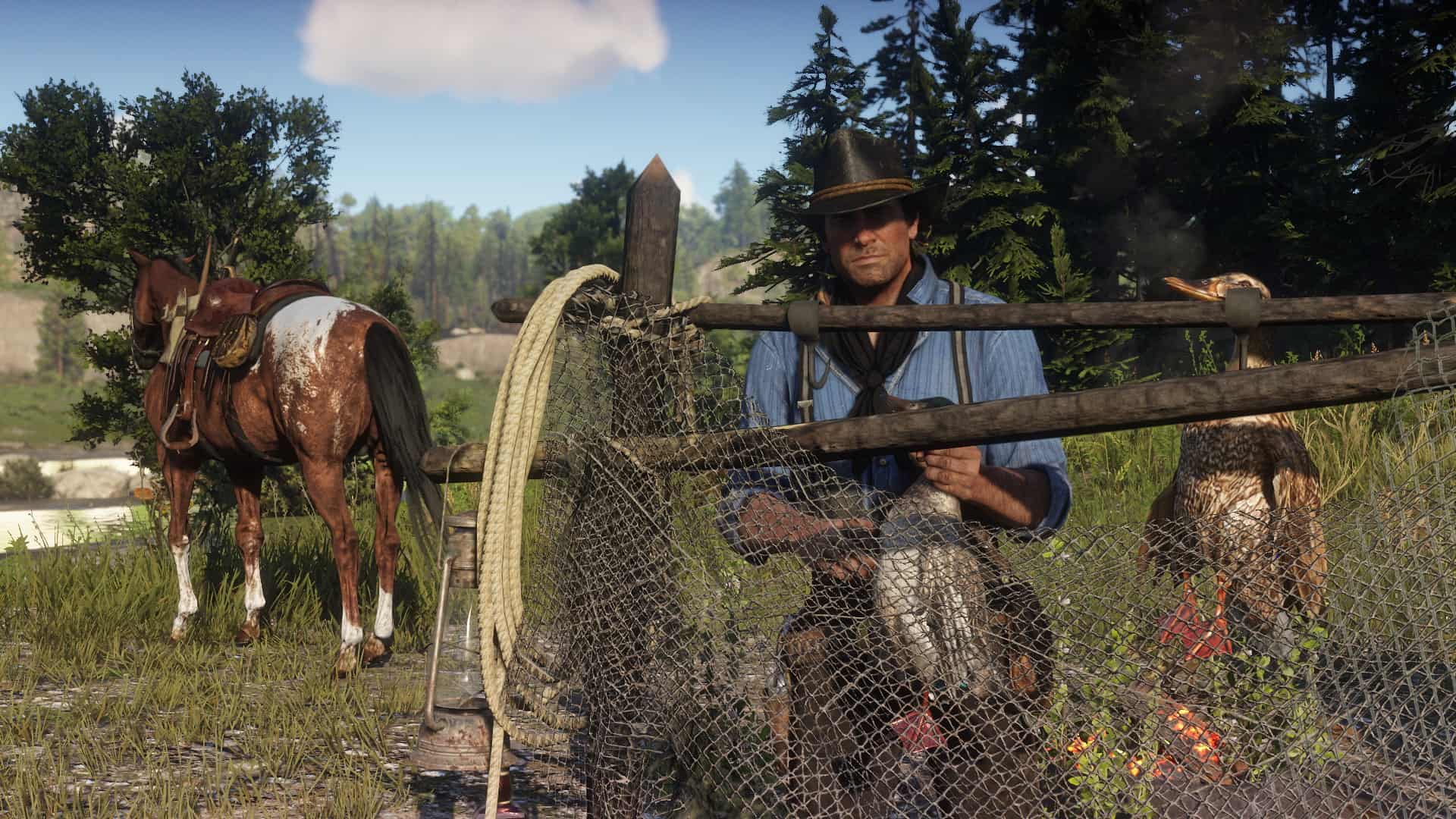 Full list of 20 games for the retro mini console have been revealed.

The Van der Linde gang’s Arthur Morgan has many responsibilities in Red Dead Redemption 2, and one of the most important is hunting to provide food and materials for the group. As well as helping his crew survive, hunting is important for Arthur’s own wellbeing, boosting his health and Stamina, as well as the Dead Eye ability. Beyond this, you’ll need to hunt if you want to craft many different items and outfits, making it a crucial skill to master. In this guide we’ll cover all the important details pertaining to Red Dead Redemption 2’s hunting mechanic to train you from a beginner to a master.

It’s easy to waste a lot of time hunting early on in the game, as there are a few lessons you’ll learn only after several hours of experience. Fortunately, we’ve already spent countless hours tracking and chasing, so can give you a head start with the following tips:

Make use of your binoculars

Animals are easily spooked, which means you need to spot them from a distance before you make chase. You can equip your binoculars while riding your horse, letting you trot along at a calm pace while scanning the environment for any targets. Any animals you sight can then be studied to learn more information about them, or even tracked them to learn their quality. If you run into anything unexpected, you’re already on your horse so making a pursuit or retreat is easy enough.

Always have your gun ready

As you explore the land of Red Dead 2 you’ll find plenty of animals cross your path even when you’re not specifically looking to hunt. To that end, it’s handy to keep a weapon at the ready as you ride around, just in case anything jumps out into your path. Even if you’re not in hunting mode, it’s nearly always a good idea to grab yourself some more crafting parts if the chance arises. You’ll also be ensuring you’re prepared for any unexpected combat surprises too.

It might seem logical to crawl around in the dirt while looking for prey, but you’re actually best suited staying on top of your horse. From this raised perspective it’s easier to spot any animals around you. Vitally, if any creature spots you and does a runner then you’re already in position to gallop after it.

The Dead Eye ability is great for getting your out of trouble during a shootout, but it’ll also make hitting a fleeing target far easier. Hit L3/LS and R3/RS at the same time to activate it and slow down time. This will not only make shooting easier but also let you target critical points, reducing the number of shots needed and keeping the creature’s hide intact. Once you get far enough in the game, Dead Eye will highlight animal’s weak points in red, making your job even easier.

Unlike most open-world protagonists, Arthur Morgan can’t fit 50+ bear carcasses into his backpack, so you’ll only be able to carry one large animal across the back of your horse at a time. That’s no reason to think your hunt is over though, as you’ll still have room to catch some smaller critters too. After bagging a larger beast, we recommend swapping to your Varmint Rifle as this is designed for hitting smaller targets. Squirrels, birds, rabbits and more are all fair game, so load yourself up before returning to camp.

Learn to use bait

Learning to use bait will make hunting elusive prey much easier. Bait can be bought or crafted, then used from your satchel to lure targets in for an easy shot. There are two types of bait whose effects are fairly self explanatory. Use Herbivore Bait to lure plant-eating animals like deer, and Predator Bait to attract meat eaters like bears or wolves. You’ll also want to craft some Cover Scent Lotion to stop animals from noticing you in your hiding spot.

Different prey fall into categories that determine the quality of the meat you’ll be able to harvest from them, starting with low quality, then good quality, high quality and finally best quality. The better the meat, the better a boost it’ll give you when eaten. This means some game is far more valuable to hunt than others. Check the list below to know which animals earn you each type of meat.

As mentioned above, animals can be tracked when viewed via binoculars, iron sights or a scope. If you don’t have line of sight, you can also track an animal with the Eagle Eye ability (L3/LS + R3/RS). In this mode any blood or scent trails you find can be tracked by hittin R1/RB. Once you’re on the trail, you can use Eagle eye again to follow the path to your prey. It’s by no means a necessary feature and you’ll probably find hunting faster and easier without it, but it helps for slippery targets like snakes that can be tough to follow.

Don’t worry, you won’t have to crack open a textbook to excel in Red Dead Redemption 2, but that doesn’t mean studying isn’t a cardinal aspect to hunting success. While it’s possible to do it without them, studying is best while using your binoculars as you won’t have to worry about scaring your prey away. Look directly at an animal and the option to study it by pressing R1/RB will pop up. Now, open up your compendium and you can read more about the animal, including where to find it, as well as the best weapons and ammo to use while hunting it. Speaking of which...

Once you’ve studied each animal, you’ll find the recommended ammo and weapons for hunting. This is worth checking not just because it’ll make hunting easier — using the correct ammo type means you’re less likely to damage the hide of your prey. Clean kills are the most important aspect in getting the most from each kill, so swat up before you hunt. Taking down small prey? The Varmint Rifle is your friend. After your own legendary bear pelt? You’ll want a long-scope rifle for that.

It’s not just meat that differs between animals, you’ll also find a range of hide qualities too. When you set your sights on an animal you’ll see a rating from one to three stars which tells you the quality of the beast’s hide. Certain crafting recipes demand perfect hides, and they’ll also sell for a lot more money, so pay attention and pick out the best creatures before you spend time tracking them. You’ll also need to land a clean kill to keep the hide in good condition.

That’s the whole caboodle when it comes to hunting in Red Dead Redemption 2, so you’re now set to get out there and starting tracking everything from rabbits to legendary bears. There’s plenty else out there in the wild west to keep you occupied too, and we have guides for each activity. Click here to learn how to craft poison arrows, or here to learn how to fish.