How to trade in Fallout 76

Make merry and trade gear with other Fallout 76 players. 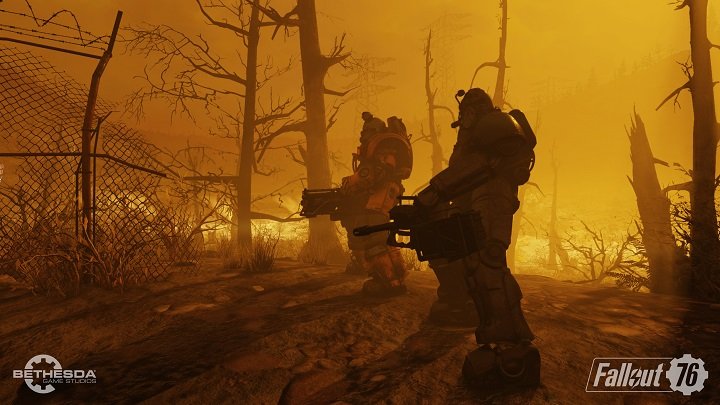 How to unlock PVP in Fallout 76

Learn how to hunt effectively in Red Dead Redemption 2 with our guide to studying, tracking and baiting animals.

Before you get to go around killing fellow players in Fallout 76, you’ll need to reach a certain level to unlock the game’s PVP functionality. This guide will explain how you can hunt down other vault dwellers and cause a little chaos in Bethesda’s latest post-apocalyptic adventure.

How to unlock PVP

When you reach level 5 in Fallout 76, a notification will appear on screen informing you of the various rules that apply to the game’s PVP combat. Players will be unable to attack each other until they reach this level requirement. Meanwhile, higher level players won’t be able to target and attack those who are under level 5.

Once you hit level 5, you’ll be free to attack anyone within the level requirement. However, you will do less damage until the second player retaliates with their own attack. The damage breakdown is as follows:

Of course, not everyone wants to play Fallout 76 for the PVP. If you do not want to engage in PVP and another player attacks and kills you, they receive nothing for their efforts. While it likely won’t stop players from trolling, it should dissuade those looking to be rewarded for their kills.