It's important for a cowboy to keep clean in RDR2, so make sure you learn how to wash. 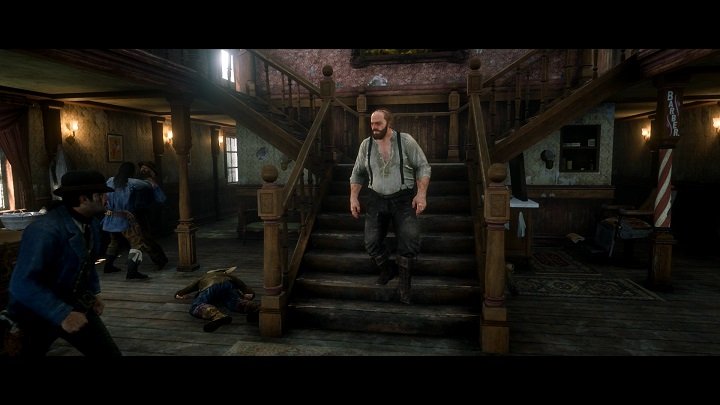 Where is the Trapper in Red Dead Redemption 2?

Find out the location of the Trapper in Red Dead Redemption 2.

Arthur Morgan isn’t just a mean gunslinger, he also happens to be a decent bare-knuckle brawler as well. There will be times where you’ll have to ditch your guns and rely on your fists to solve some of the game’s problematic people, so if you want to learn how to become the most feared fist fighter in Red Dead Redemption 2, then we’ve got a couple of ringside tickets just for you.

How do you get into a fist fight?

Before you go looking for a brawl remember to unequip any weapon you’re currently holding. After all, it wouldn’t be a fair fist fight if you pulled out a rifle now would it? To ensure your hands are empty, bring up the Weapon Wheel with L1/LB, and then select the hand symbol to make sure there’s nothing in them. We’ve outlined all the controls for both PS4 and Xbox One below.

Now that you have a firm grasp of the controls, it’s time to go and find an opponent to beat the living snot out of. Obviously, you’ll want to try and block as many of your opponent’s punches as possible, but be ready to retaliate and throw several punches of your own when they make a mistake. Throw in a few grapples to catch them off guard and keep those fists flying. Of course, if all the shooting and bare-knuckle fighting getting too much, then why not lend your hand to something more relaxing? Our fishing guide will certainly help you become the best angler in the Wild West.