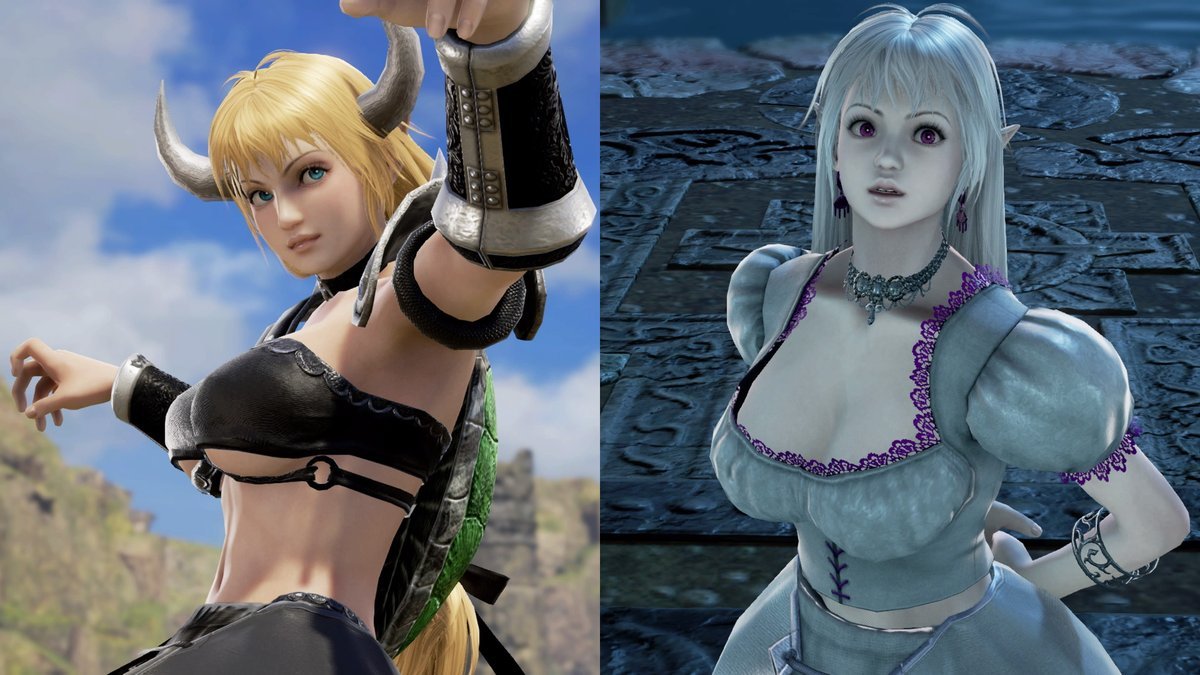 Soulcalibur VI has been blowing up the fighting game community over the past week with some of the best combat in the series' history. Snappy inputs, throw breaks and match-turning Reversal Edges make for nail-biting gameplay, but the community is really outdoing itself in one particular arena: Character creation.

The Soulcalibur VI custom characters are hilarious and awe-inspiring, as people push the limits of Create-A-Soul to the edges of human creativity. What follows is a few of our favorites, with familiar faces and bizarre approximations of well-loved characters from popular culture. If you have any better masterpieces, make sure we see them!

The man(?) that started it all, a true hero in a full-shell. Based appropriately on Raphael, this mutant ninja nut was the first bizarre creation we saw leaking out of the Soulcalibur VI custom characters community and remains one of our favorites. Now if only there were three other nuts and a way of putting different colored bandanas on each.

When fandoms collide! As well as alongside Boosette in this article's header, Bowsette appears here in her alternate (read: correct) redhead representation. We're interested in what this totally canon appearance means for the deep Super Crown lore that has been evolving over the past few weeks. What happens if Geralt wears the Super Crown? We must know.

Never has a spooky stand-up skeleton looked more menacing. It's quite an achievement to make the skeleton model in Soulcalibur VI look fat, but it does appear possible with the help of this fetching blue coat. Also of note, the perfect placement of a single bright blue eyeball.

Of all the Pokemon you'd want to take into a battle, why Magikarp? Why? The most impressive thing about this Soulcalibur VI custom character is the way it only becomes the Magikarp once Voldo enters his crab formation and begins Splashing. It's like one of those transformers costumes where the kids fold down into cars. What a genius.

Now this is a more battle-appropriate Pokemon. Maybe a little too battle appropriate. Why is Pikachu so buff? What happened that made him want to get this jacked? God I hope he doesn't hurt anyone with Cervantes' move set, that's one dangerous combination.

Speaking of surprisingly jacked mascots, oh no. This is not a good look. Tingle, the man too old to keep trying to become a fairy, is now wearing skin-tight shiny Lycra and a red codpiece. Also posing like Ivy in front of the backdrop from Botticelli's Birth of Venus painting is just too much, on top of all the other stuff that makes this too much.

Wow, Homer sure looks good. Like he got a new haircut or something. No wait, now we see, he's the biggest man in the world and made of solid gold! Fourteen carat gold! We'd better take a hike now that he's running things, all hail King Homer!

A very fitting tribute for the dearly departed Stefan Karl Stefansson, Lazytown actor who died in August leaving many fans of the show's villain Robbie Rotten devastated. Attention to detail in the face modelling here shows this was a labor of love, which we greatly appreciate.

Another perfect marriage of form and function here as the scythe weapon provides a fitting win animation for the destroyer of worlds. Also, plenty of nice touches in the gauntlet design, too, despite no visible infinity stones.

This is the only truly accurate form of "Nightmare" we've seen.