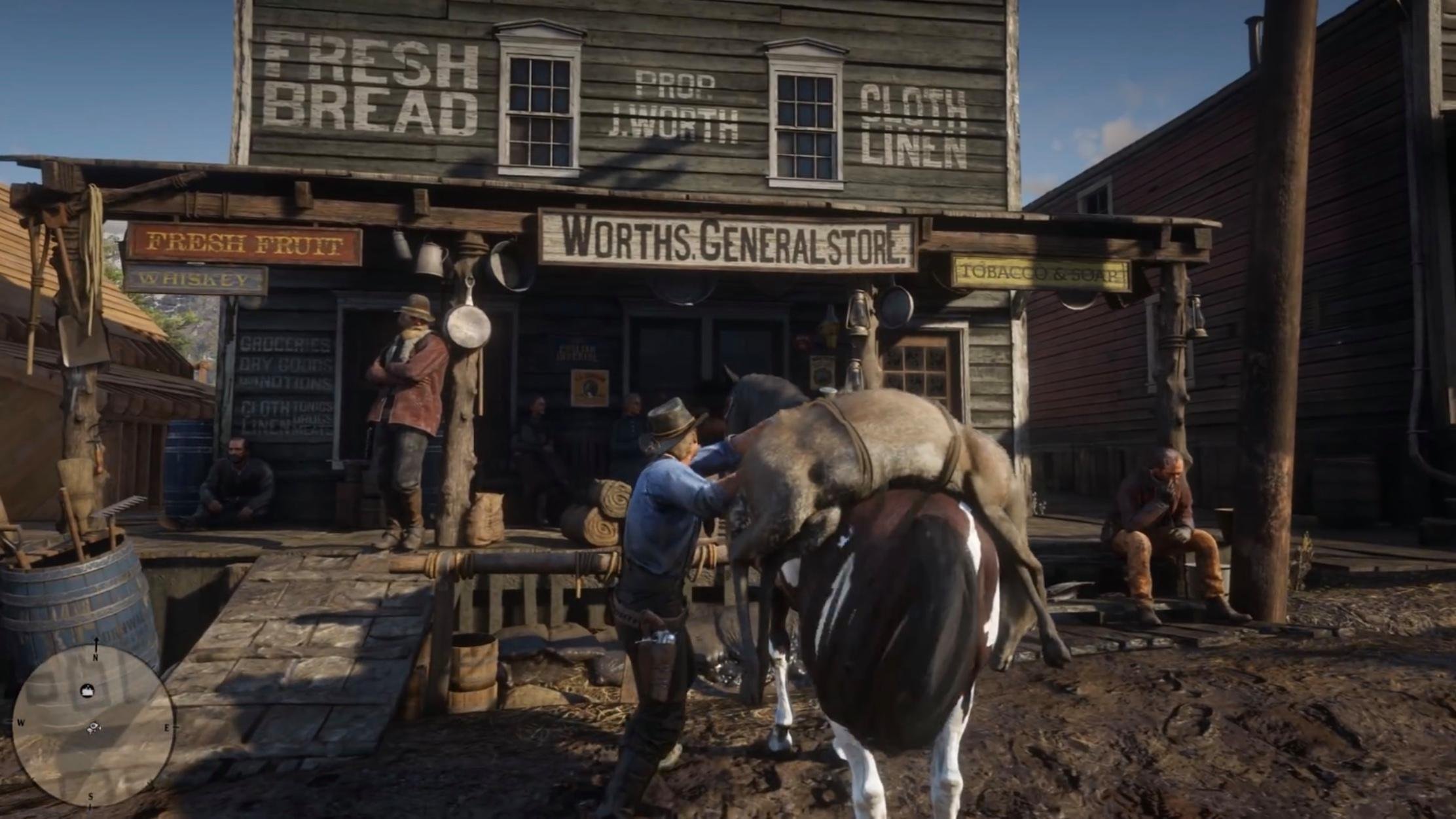 How to make cash fast in Red Dead Redemption 2

In Red Dead Redemption 2, you want to get rich. You need that money. You and your posse are chomping at the bit for some of that cold, hard currency and it is essential to have if you’re going to deck Arthur Morgan out in the best gear possible. There's plenty ways to make an honest living out on the frontier, folks need food to stay alive and horses to get around. But there's plenty more opportunity for fast earning on the shady side of the law. The Wild West wasn't called the Steady, Stable West, was it? Here's how to get rich quick in Red Dead Redemption 2.

Simple as it comes, partner. Actually one of the best ways to earn huge amounts of cash early on in Red Dead Redemption 2 is just to keep riding through the story. Your gang is always schemin' and on the lookout for fresh ways to get flush, and likely you won't encounter many of these lucrative pocket-lining enterprises until you're in the thick of it with the Van der Lindes. If you’re a little low on spending money, head out with your posse and see if that puts you back in the black.

You're going to kill a lot of people in Red Dead Redemption 2. Some of them might even deserve it. And once they're down, there's no-one to tell you not to go looting the bodies. Everyone usually carries around a few bucks, but the jewelry, pocket watches and other accoutrements on their person can also fetch a nice price if you know who to take them to. Honest General Stores won't sully their hands with your totally legitimately gotten gains, the prissy Pollies, but there should be a Fence in almost every major settlement. Take yourself on a trip out to a real businessman who knows quality product when he sees it and doesn't ask too many questions. After all, money does all the talking either of you need.

Think of horses as "the cars of the past". And just like cars in Grand Theft Auto V, you can make yourself a quick buck selling them in Red Dead Redemption 2. Unless you're out in the fields taming a wild stallion, chances are the horse you've just thrown your saddle on belongs to someone else. If you don't get seen taking it, and it's not quite as fast as you'd like, why not sell it on? Also, who's to stop you taking a dead man's horse to a stable and adding a little more insult to the injury of a lost duel? Certainly not Slow Fingers McGraw over there in the ditch, if he wanted you to stay poor he might have put up a real fight.

Nothing like the rush of survival. Man versus nature, in the ultimate battle for life. Also, if that's not rewarding enough, you can sell dead animal bits for cash. If you go hunting or fishing in Red Dead Redemption 2, take the pelts, or even whole carcasses to a Butchers and they will pay you based on the quality of your skinning. Pelts are rated poor, good, or perfect depending on how well you've managed to get it off its former owner without filling it full of holes. This means skillful hunting is actually rewarded, so try not to just rock up on a buck with a 12-gauge.

If pwning small critters isn't enough for you, step up to the most dangerous game of all: Man. Check in with the local Sheriff’s office in any town and look for Wanted posters on the wall. These will have vague details of someone they're tracking and how much the bounty on their head is. Careful though, not all of them are a "Dead or Alive" sort of deal. The more Honor your Arthur Morgan has accrued, the more cash he can earn with these bounties. Turning lawman isn't the most lucrative career, but a quick $100 here and there is nothing for a criminal to sniff at.

Hold up a train or stagecoach

Once you're done pretending to be good, get back to making that REAL easy cash the fast way. In Red Dead Redemption 2, stagecoaches and trains are pretty much everywhere but you can rob any of them. No questions asked, no quest required. Ride alongside the train and leap on, then get to the carriages with the dough. The same goes for those stagecoaches you see trundling along dark empty lanes in the dead of night. Who will know? Honestly? Just go for it. There's probably no way this can come back on you, it's not like anyone remembers things.

Why stop at people on transport? There are people right here! Just standing around in town! Some of them have lucrative businesses, like stores. Go on in and point your gun at them, all that lovely cash in the register is now yours! And some of these people have even more lucrative side businesses, which you can also rob. That's what we in the robbing industry call a "twofer". Before you go pulling any stunts, make sure you pull that scrap of fabric up over your nose as a mask, because in the olden days no-one could be recognised without first seeing their chin. However you may still end up with a bounty on your head, which could cancel out all that good cash you just got.

Try your luck at gambling

Statistically, not everyone can win at gambling. This doesn't mean that you can't win at gambling. Losing's for chumps and you're no chump. Honestly though, this is a pretty poor way to earn money, but if you're short a dollar for that room you want to rent in a Saloon, then you could always put your last buck down on Blackjack or Poker and try and double your money. That should leave you enough left over for that "special" bath you were eyeing as well, lucky devil.