Bring some light into your life with our guide to Assassin Creed Odyssey's Record Sunshine Ainigmata Ostraka. 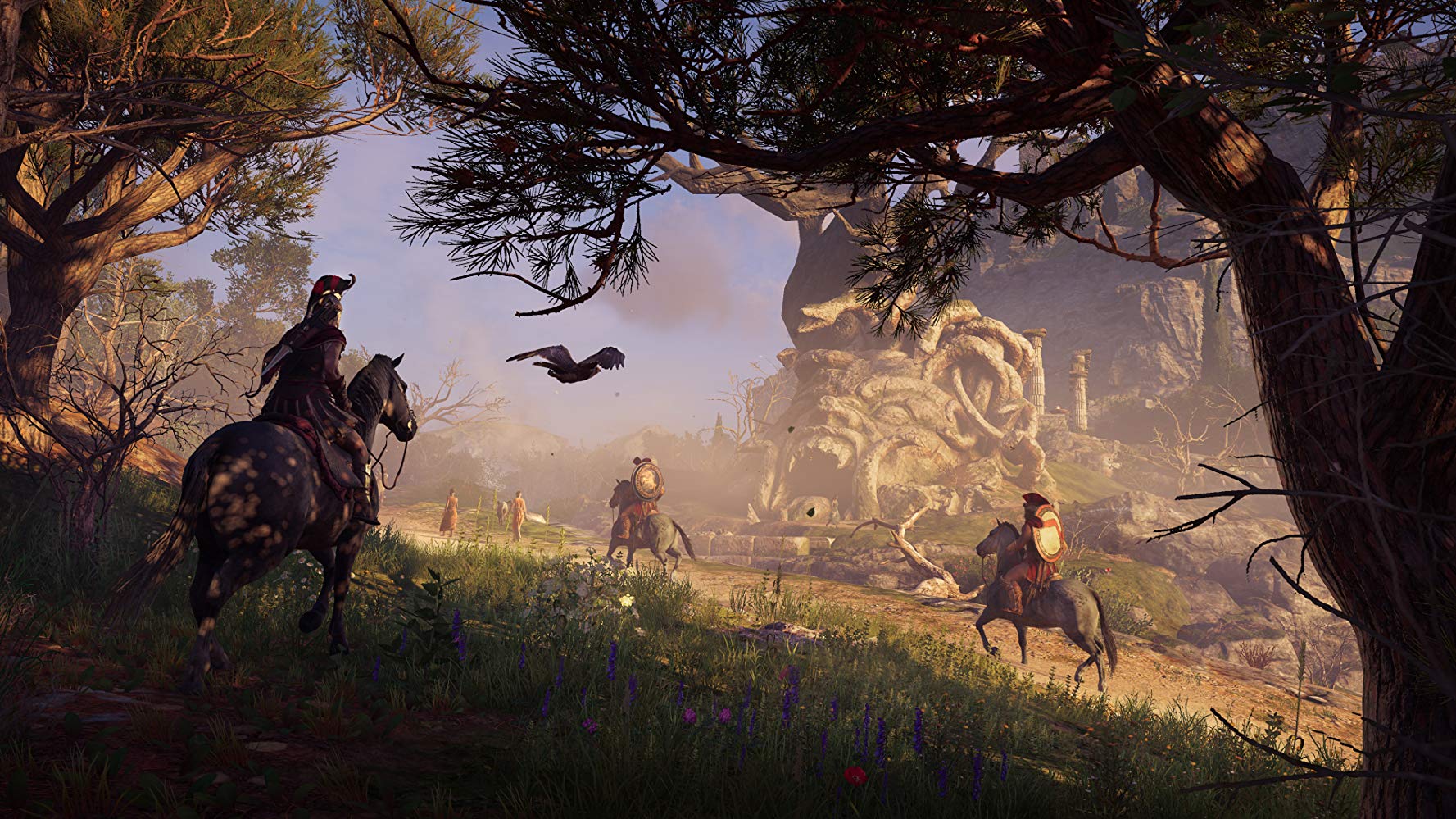 Where to get Soft Leather in Assassin's Creed: Odyssey

Soft Leather is one of the main materials used in crafting in Assassin's Creed: Odyssey.

The Ancient Greece of Assassin’s Creed Odyssey holds many secrets to uncover, and you’re bound to run into one or two by chance as you explore the full breadth of Odyssey’s world. One intriguing location you might come across the opening hours of the game is the mysteriously named Cave of the Forgotten Isle.

Located just to the northwest of Megaris, there’s every chance you’ll have found the large door to this cave while viewing the Wolf of Sparta or taking your first tentative steps out into the full world. Unfortunately you won’t be able to get in for some time, but in this article we’ll teach you how to access the Cave of the Forgotten Isle in Assassin’s Creed Odyssey.

The bad news if you’re early on in the game is that the Cave of the Forgotten Isle can’t be accessed until you’ve reached levels 35-40, which is going to take quite some time to achieve. It’s still worth a visit though as you’ll discover a large cavern there with a tidy selection of treasure chests to loot. Once you’ve reached the doorway described as “not of this world,” you won’t be able to get any further until you’ve levelled up enough.

If you’re looking to avoid spoilers for the later game, consider this your chance to look away. Once you’ve made it to levels 35-40, you’ll have opened up the full world and be able to visit Kythera Island in the south of Greece. There are a number of new quests and puzzles to complete here, but to access this secretive cave you’ll first need to complete the questline starting with the A God Among Men mission.

The first stage of this missions sees you break into an enemy compound to rescue a man named Empedokles. One free, he’ll give you access to a whole swathe of new missions to tackle. Work your way through these and eventually you’ll be asked to travel to the Cave of the Forgotten Isle. What lies within? Well, you’re just going to have to get there yourself to find out…

If you’ve found the Cave of the Forgotten Isle early on in Assassin’s Creed Odyssey you’ll have plenty of time to fill before you can access it, so why not check out a few of our other guides to keep you busy? We have plenty of solutions to the Ainigmata Ostraka riddles, advice on how to get Olive Wood, craft arrows and even tame animals. If that all sounds too simple to you, perhaps you’d rather learn where to find all members of The Eyes of Kosmos.