Learn how to use the Beast Master skill to tame wolves, lions and more. 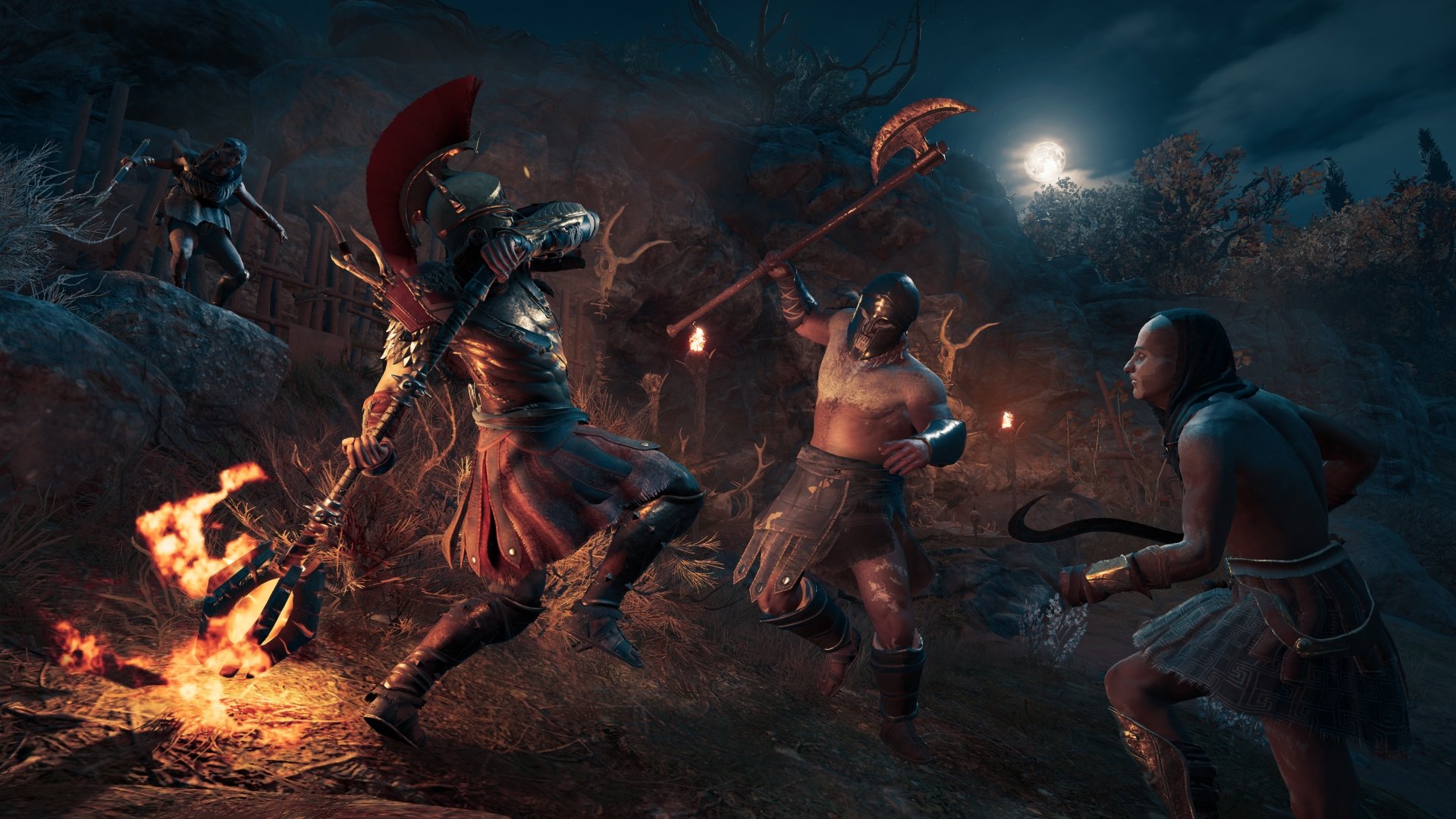 Don't let the Hound Docked Ainigmata Ostraka riddle lead you astray, follow our guide to know where to nab yourself some treasure!

As you explore the isles of Ancient Greece in Assassin’s Creed Odyssey, you may come across the mysterious Ainigmata Ostraka riddles pointing you in the direction of some tasty treasure to earn. You’ll get no quest marker for these, meaning it’s up to you to hunt down the end spot for each. If you get stuck, you can always follow our guides instead. In this article we’re covering the Backstage Pass Ainigmata Ostraka, which is one of the easiest in the game so shouldn’t take you much time at all.

Where to find the Backstage Pass Ainigmata Ostraka treasure location

As mentioned above, the Backstage Pass Ainigmata Ostraka is incredibly straightforward. The location the tablet is pointing towards is only a scant few minutes from where you’ll pick up the clue in the first place. Here’s what the Ainigmata Ostraka says:

"Head to the theater in Athens. With the right connections, I always get to watch the play from backstage. Find me on an actor's mask."

Acting and Ancient Greece go hand in hand, but the clue in this case refers to the Theater of Dionysus in Greater Athens. If you’ve just found the ancient tablet, this should only be a short trip down the road. If you're picking this up later, the theater can be found in the southeast of the city and is highly visible as it looks like top half of a hexagon on the map. Enter the Theater from the southern, statue-flanked door and look for a pile of costumes near the steps up to the stage. We’re guessing this room doesn’t get used all that much as the mask mentioned in the riddle will be on top of the pile (how old are those clothes?), and all you need to do is approach it and press the interface prompt.

With that you’ll have earned the Backstage Pass Ainigmata Ostraka treasure, which should be an engraving granting an adrenaline buff to your weapons. There are plenty more riddles out there to solve in Assassin’s Creed Odyssey, so why not take a look at some more solutions? Here’s the solution to the Fatal Attraction Ainigmata Ostraka, or over here is the treasure location for the Bottomless Lake Ainigmata Ostraka. Of course, there are always bigger fish to fry, perhaps you’d like some help hunting down The Eyes of Kosmos instead...