The fans will remember that. 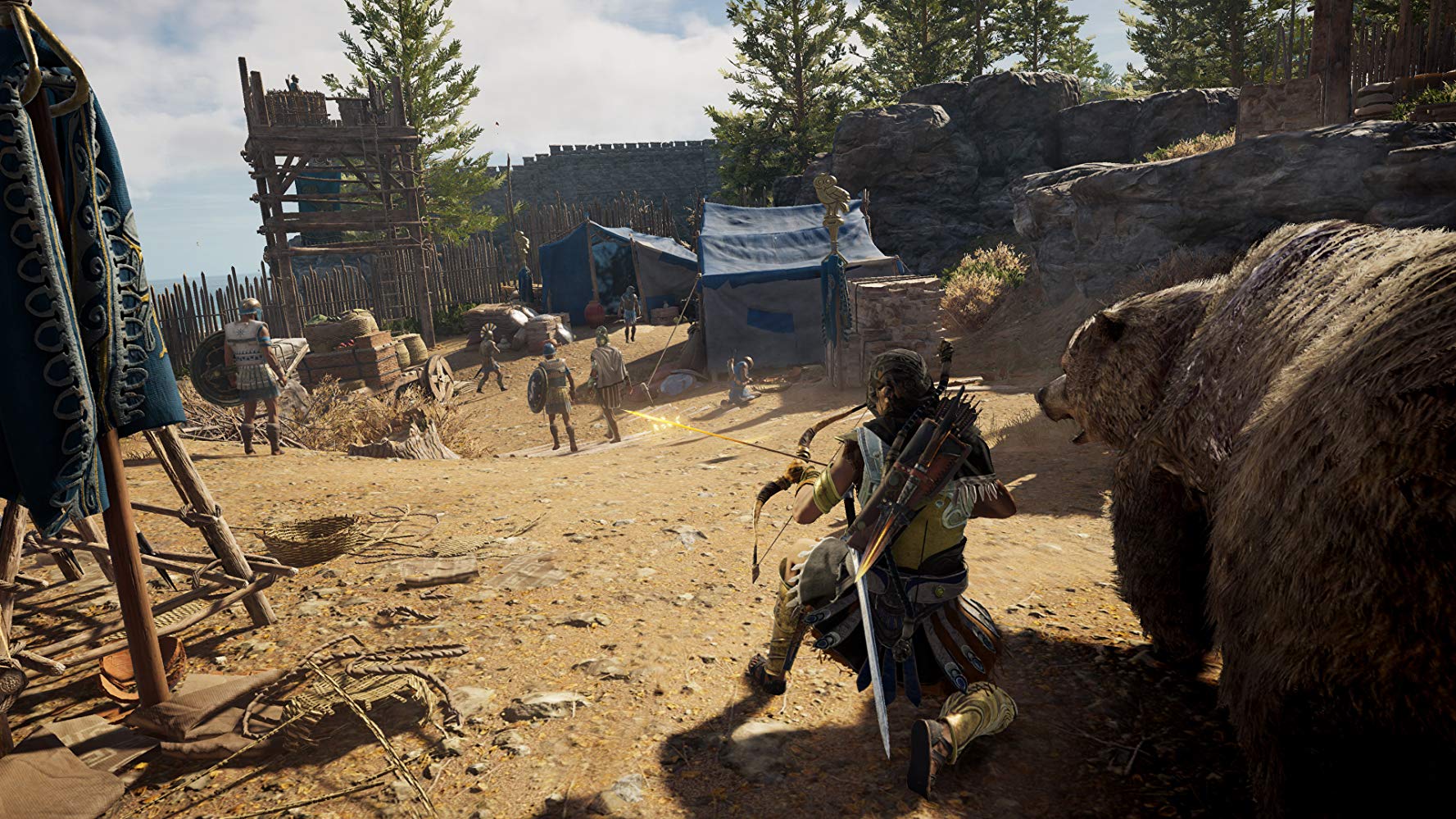 Clean up your act with our guide to the Backstage Pass Ainigmata Ostraka in Assassin's Creed Odyssey.

Much like Origins, Assassin’s Creed Odyssey lets players invest in a number of interesting skills, including the chance to tame wild wolves and other beasts. While it might not help you out as much as a new combat move, it’s easily one of the coolest abilities on offer, but it’ll take some time before you’ll be able to use it. Only certain animals can be tamed, and it’s not as simple as just walking up to them and saying hello. In this guide we’ll teach you how to tame animals in Assassin’s Creed Odyssey.

How to tame animals in Assassin’s Creed Odyssey

Before you can tame any beasts to fight by your side, you’ll first need to unlock the relevant skill. In Odyssey this is called Beast Master, and it’ll only be available once you’ve unlocked the second tier of skills at Level 10. You’ll find it in the top left of the Hunter section. Spend a point on this and you’re ready to begin. The first tier of Beast Master will only let you tame wolves, but that’s a great animal to practice on before moving to bigger beasts.

Much like recruiting Special Lieutenants, to tame an animal you first need to knock it out. Find yourself a pack of wolves, and start a fight. Wolves are typically found in forests or hanging around ancient ruins like a gang of delinquents up to no good.

You’ll only be able to tame one at a time, but knocking out a target can be tricky so it’s worth trying it on each member of the pack for your first shot. One of the best ways to knock out a target is using the Spartan Kick. This is always a non-lethal ability (unless you kick them over a cliff of course) but doesn’t deal much damage in of itself, meaning you need to bring the animal down to low health first before kicking it. If you’re having trouble, the other, arguably more impressive impressive option, is to fight them with your bare hands. Any finishing blows you land with your mitts will be guaranteed knockouts.

Once your target is unconscious, all you need to do it walk up to it and press X on PS4 or A on Xbox One when the prompt appears to tame it. A tamed wolf will follow you on the island you found it, and can even keep pace with your horse, but unfortunately won’t join you on your boat should you decide to ship off. You’ll need to tame another beast each time you hop off your ship to explore an island.

Beast Master has three tiers to unlock, and while the first only lets you tame wolves, investing another point will open up the chance to tame a lynx, leopard or even a lion. Pretty cool, right? The bad news is that the second tier won’t let you tame Elite animals, so don’t spend your time dangerously trying to knock them out. That said, there is a third tier to Beast Master, and we've heard should you obtain it, things get a bit grizzly.

While you’re here, make sure to check out some of our other Assassin’s Creed Odyssey guides. We can teach you how to craft arrows, or how to complete that pesky Stink Eye Trophy. If you’re hunting down riddles, we have plenty of Ainigmata Ostraka guides too!