The in-game intro movie has also been released. 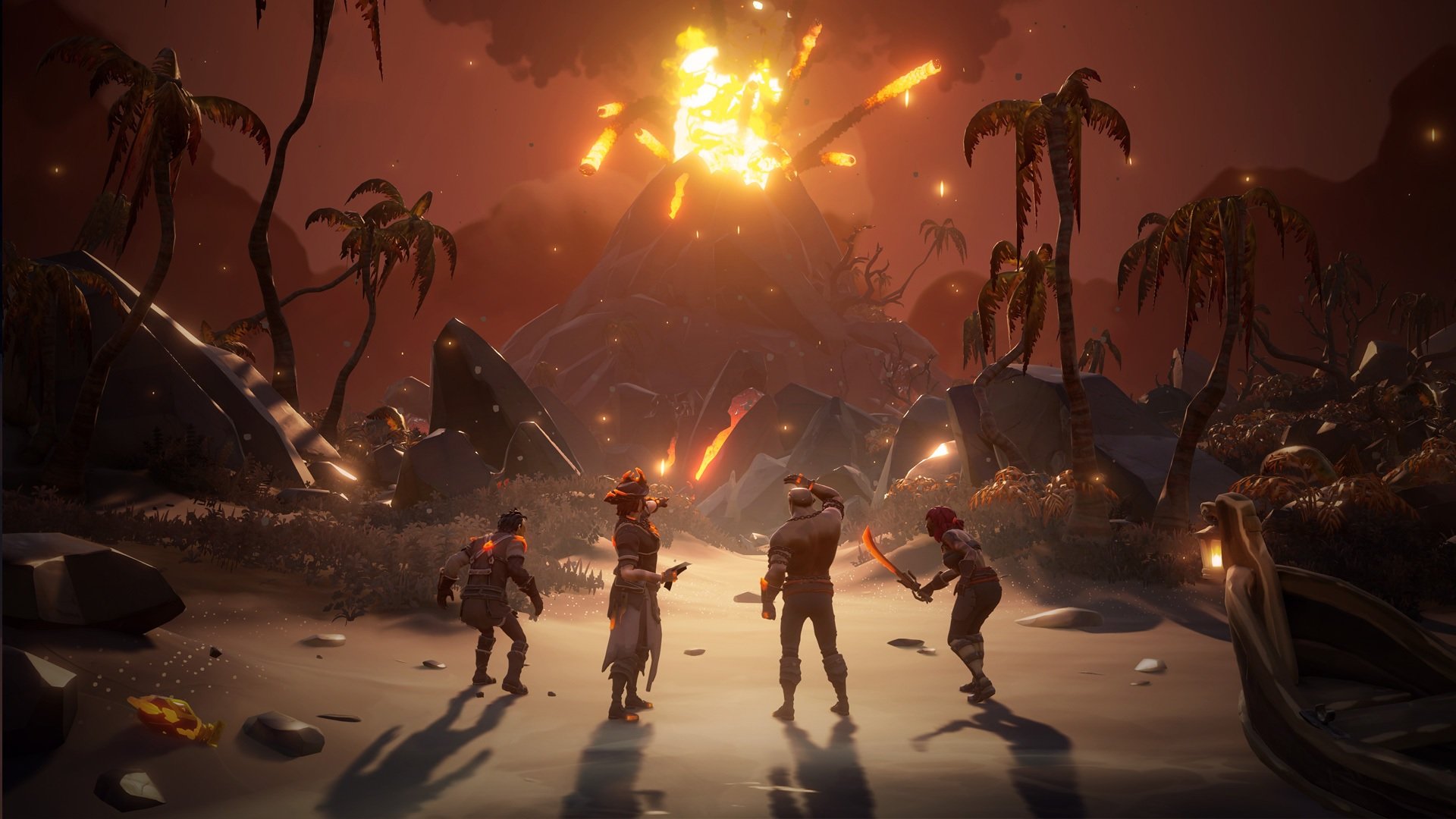 Sea of Thieves sets sail for Foresaken Shores, its biggest content drop yet

Wargroove interview: 'We want to give everyone the same tools we've worked with'

We talk with Wargroove's lead programmer about creation tools and user-generated content.

Rare's nautical multiplayer romp Sea of Thieves has weighed anchor on its third free content drop, and it's the biggest one yet. Foresaken Shores adds a whole new landmass to the east of the map, called The Devil's Roar, and introduces a suite of new hazards and gameplay features.

The Devil's Roar is a turbulent place, with volcanoes, earthquakes and boiling geysers among the perils that you'll face while exploring. Lava flow will damage you, obviously, and volcanic eruptions will also superheat the water around the island. Ships are immune to this, but it will harm any pirates foolish enough to be swimming at the time.

There's a story woven into the island for those who are playing the campaign, as you meet up with a survivor and find out what happened to their crew. There are also 23 standard commendations being added for the first two weeks of the Foresaken Shores event, with more planned for the following weeks. These are also tied to the Bilge Rat Doubloons currency, and two Bilge Rat titles. As with the commendations, more will be added over time.

You'll also want to get moving to pick up the time-limited Foresaken Ashes customisation items for your costume and ship.

There are loads more tweaks and additions, so check out the full release notes over at the game's official site.

Sea of Thieves is out now for Xbox One and PC.