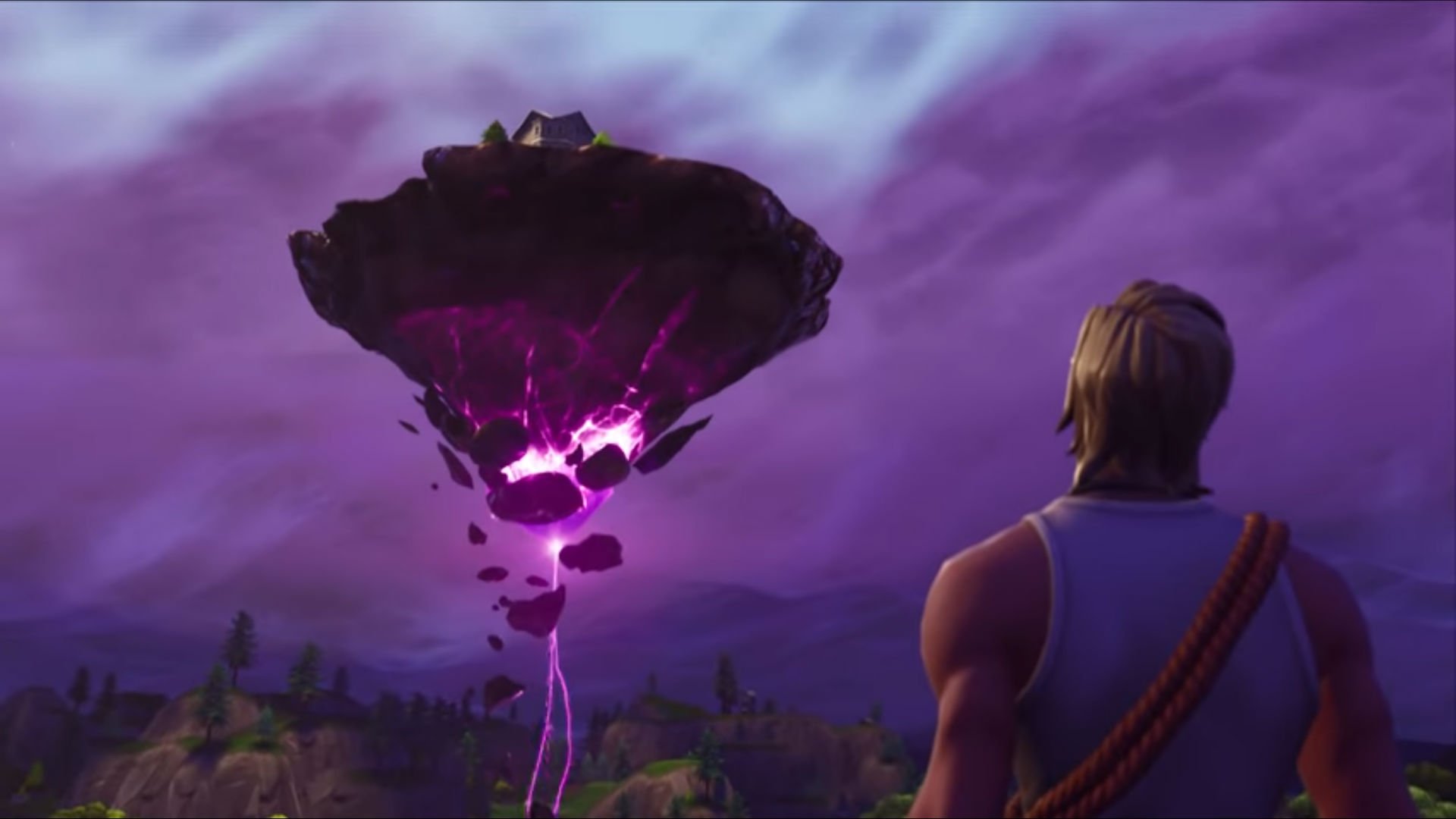 Fortnite Season 6 has arrived with a total revamp of the map, thanks to our friend Kevin the Cube. The purple cube eventually slild into Loot Lake at the end of Season 5 and turned it into a bouncy wonderland, but now everything's taken a turn for the dark with corrupted zones and Shadow Stones. Here's what the brand new world looks like in Fortnite Season 6's map changes.

After slipping into Loot Lake and turning it into a purple trampoline, a vortex ripped open in the middle of the lake, launching the island into the air where it now floats atop a constant tornado which can be used to catch an updraft. The house on the island has new loot spawns and the surrounding area of Loot Lake has also been refreshed with new loot drops for Season 6.

The bunker under Wailing Woods is now open for business, if you smash your way through the shutters under the tower at the center of the maze. Inside you'll find about four chests, some high level loot drops as well as a rift in an isolated chamber clearly being studied by whoever is actually living in the nightmare world of Fortnite. Head down there, grab all the loot and then rift yourself out for an easy one-stop shop for high level weapons.

Wherever the Cube touched before making its final slow journey into the lake, it printed runes on the ground. Now, these sites which previously had anti-gravity fields around them have transformed into Corrupted Zones. These Corrupted Zones have new loot spawns and are scattered with Shadow Stones, a new consumable that lasts 45 seconds and stops you using your weapons but allows you to phase through walls and become invisible while stationary. There were seven runes printed across the map, and now there are seven Corrupted Zones, visible on the map above as darker areas with no grass.

It wouldn't be right to have a season update at this time of year without making it as spooky as possible, so in Fortnite Season 6 the Haunted Hills have had a horrible makeover. There's now a castle perched atop the hill to the east of the graveyard, offering a new location to loot. It looks terribly imposing, so try not to scare yourself if you're dropping there at night.

And likewise, it wouldn't be a seasonal update without offering a bountiful harvest for those toiling away in the Fatal Fields. The farmlands are now full of tall corn stalks to get lost in and recreate every horror movie in the 1980s. Perfect for concealment and virtually soundless to run through, be wary of ambushes set by other players in these cornfields. Finally the area might live up to its name.

For more of what's new in Fortnite Season 6, check in on our other guides and we'll see you on the battlebus!