Where to find Wanted: Subterranean Mind in Destiny 2: Forsaken

A look at where you can find Wanted: Subterranean Mind in Destiny 2: Forsaken. 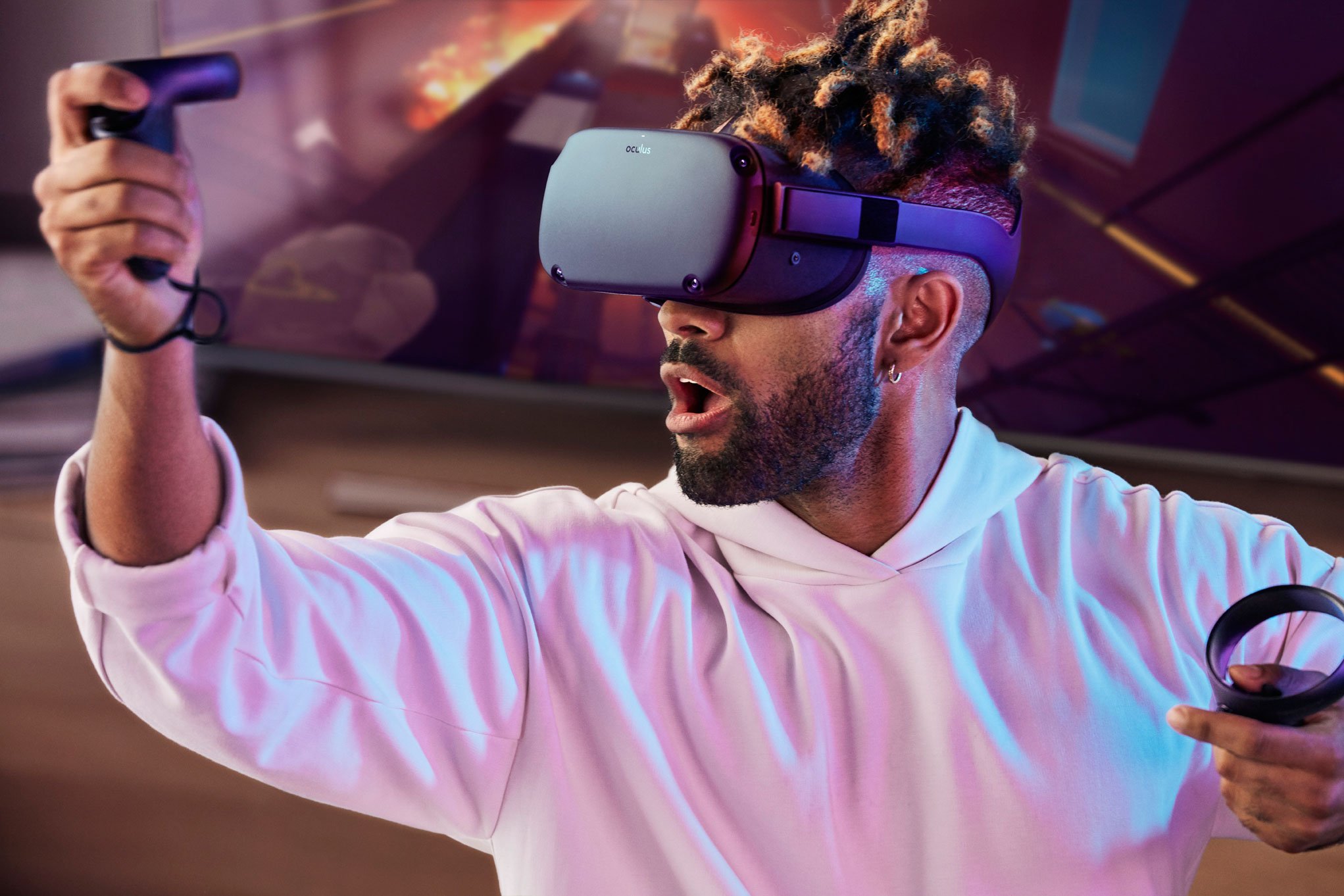 Oculus Quest is an all-in-one VR system, launching next spring

Oculus has dropped something of a bombshell on the VR market, announcing Oculus Quest, a high-end standalone VR system to launch in Spring 2019 with prices starting at $399.

Unlike the Oculus Go, which is a cheaper and less powerful all-in-one system, the Quest offers the full Oculus VR experience without the need for wires or a separate PC to power the software, and comes with two Touch controllers. It also offers 6DOF - six degrees of freedom - by tracking your movements without the need for external sensors. The screen display offers 1600x1440 resolution per eye.

Quest also uses a new proprietary sensor system called Insight to track your movements. "This innovative system uses four ultra wide-angle sensors and computer vision algorithms to track your exact position in real time without any external sensors," says Oculus. "Insight gives you a greater sense of immersion, presence, and mobility, plus the ability to go beyond room-scale."

This is, essentially, the full top level VR experience in a pick-up-and-play self-contained unit - something that commentators have long said is the Holy Grail of VR hardware. And it will retail for the same price as a mainstream games console.

Over 50 games will be available at launch including acclaimed titles such as Moss and The Climb, but the headset will also launch alongside Vader Immortal, an episodic Star Wars game created by ILMxLAB, the immersive entertainment division of Lucasfilm. The game takes place between Revenge of the Sith and A New Hope and sees you interacting - and fighting - with the iconic villain. It was developed with David Goyer, the writer and producer behind movies such as Blade and The Dark Knight Trilogy, with award-winning Hellblade games studio Ninja Theory consulting.

Oculus Quest launches in Spring 2019, with prices starting at $399 for a unit with 64Gb internal storage.