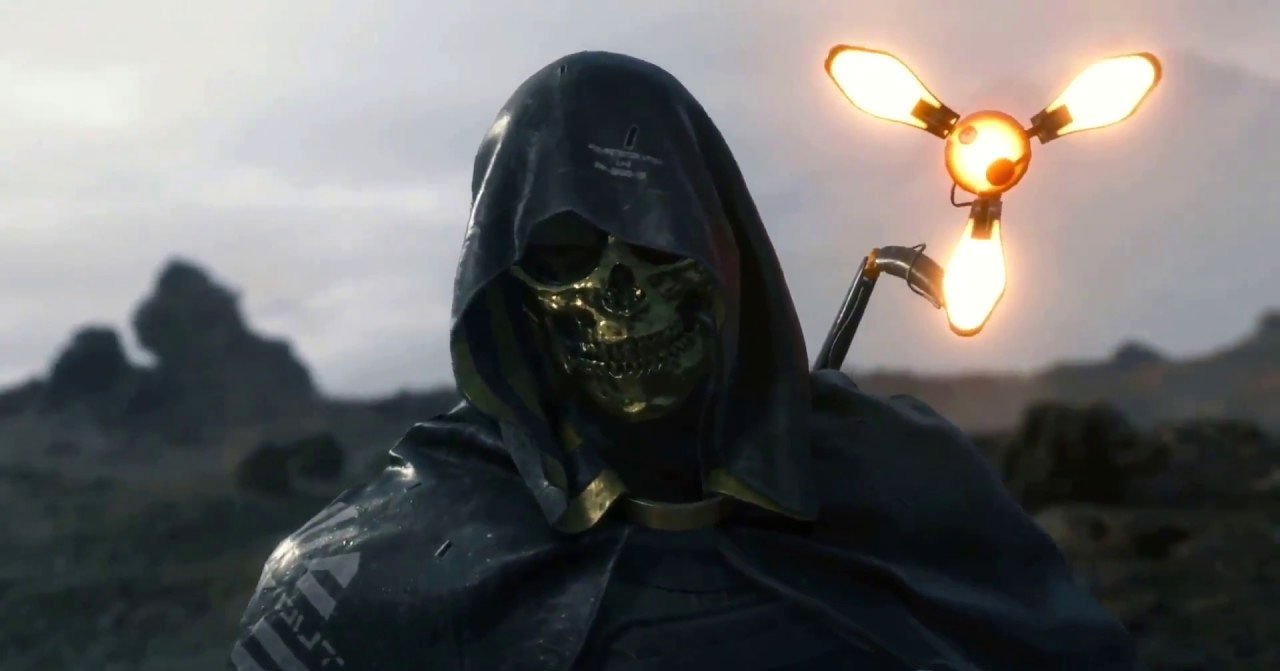 How to earn Death Metal in Let It Die

Hideo Kojima, creator of the Metal Gear franchise, is not known for being a designer with vanilla tastes. His games are big, wild and often very weird. That's definitely the case with Death Stranding, his next title and his first since leaving Konami.

Kojima and his cast revealed new footage from the game at Tokyo Game Show over the weekend and...well, it's probably best you just see it for yourself.

What are we seeing here? Nobody knows! And that's what makes this such an intriguing and exciting game. We do know that's Troy Baker voicing the Man in the Golden Mask, a surprisingly sassy antagonist who wears a mask over his mask and then uses his mask to conjure a lion with tentacles out of black liquid and the lion also has a butthole for a face? Is that what we just saw?

Let's cling to some facts. Troy Baker has worked with Kojima before, voicing Revolver Ocelot in Metal Gear Solid V. He was also the voice of Joel in The Last of Us, Bruce Wayne in Telltale's Batman series, and Booker DeWitt in Bioshock Infinite. He's one of the best, in other words.

He'll be joining Norman Reedus, Mads Mikkelsen and Guillermo Del Toro in whatever Death Stranding turns out to be. Right now, post-apocalyptic magical corpse-delivery hiking simulator seems like the best description we have.

Death Stranding is a PS4 exclusive and is due in 2019. Brace yourselves.