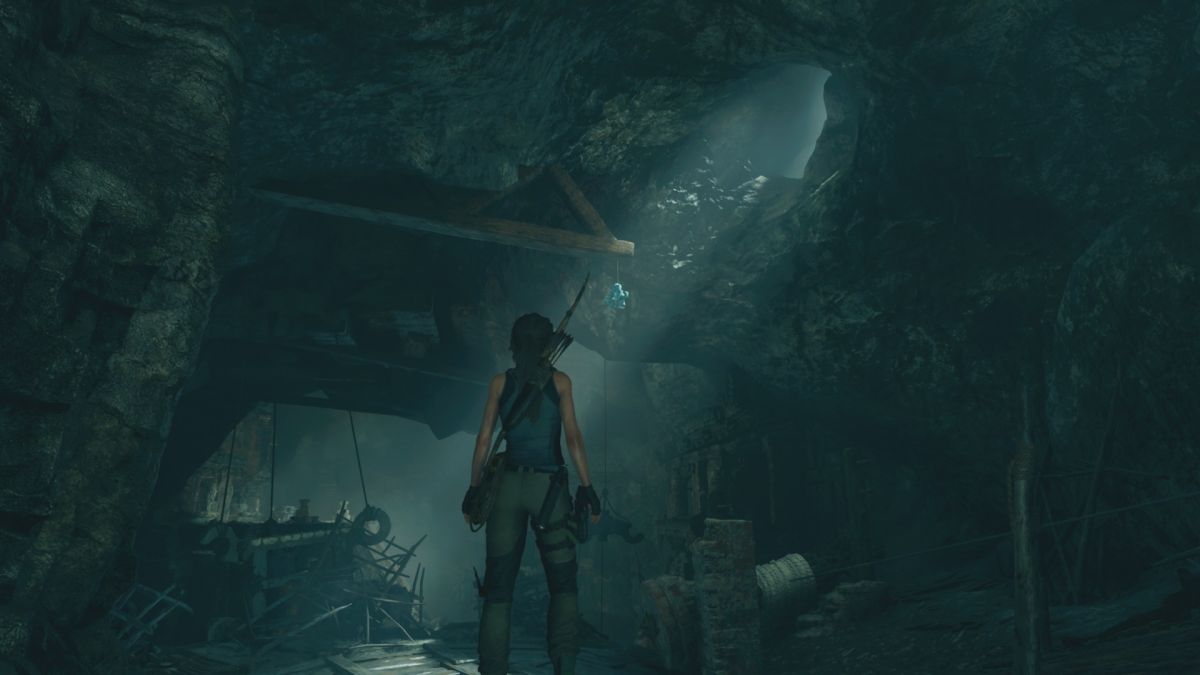 How to change Lara's outfit in Shadow of the Tomb Raider

Learn how to customize Lara's clothing and where to get more outfits in Shadow of the Tomb Raider.

Shadow of the Tomb Raider has arrived, and no Lara Croft adventure is complete without a few puzzles to complete. Early on in the game you’ll be faced with the Whistle in the Dark challenge in which you need to shoot a number of Death Whistle carvings in a ruined pyramid. While this shouldn’t prove much of a challenge when you know what you’re looking for, it’s pretty easy to miss the entire thing if you’re not keeping an eye out for the Death Whistles from the start. In this guide we’ll point out all the Death Whistle locations to help you complete the Whistle in the Dark task with ease.

The Death Whistles are greeny blue emblems, and all can be found hanging throughout the ruined pyramid you’ll encounter early on in Cozumel. Typically you’ll need to look up high to spot them hanging down on a rope.

The first carving can be found soon after you enter the ruins. You’ll be taught how to pull a rope in a tutorial before passing a trap into a narrow passage. In here you’ll find the first Death Whistle hanging above you. Shooting it will kick off the Whistle in the Dark mission.

A bit further along you’ll pass through a tunnel filled with rats. After this you’ll reach a wide room that’s flooded with water in the center. The second Death Whistle should be up and to your right when you look out from the tunnel.

Keep going until you’ve completed the sequence in which Lara comes close to drowning in the cavern. Once she’s out of the water and recovered, turn around and you’ll see the third Death Whistle hanging behind some damaged wooden scaffolding in the water on your left. It’s worth noting this location as you’ll be able to come back here later with a Reinforced Knife to open up a new doorway.

As you’re heading towards the pyramid summit, you’ll need to complete a couple puzzles with a cart. The fourth Death Whistle can be found after you complete the first stage of this. Once you push the cart into an opening and lift up the bell pendulum, keep going to the new bells and you’ll see a ledge you can jump up to. Instead of connecting the rope bridge here, turn around and the Death Whistle will be hanging from a rope to your right.

The fifth and final Death Whistle is located in the middle of the second part of the cart puzzle in which you’re trying to get the cart past a pile of rubble. Look straight up in this area and you’ll spot a beam of light. The Death Whistle is hanging in this, so shoot it and you’ll have completed the challenge.