Learn how to get your first bow in Destiny 2: Forsaken, as well as what it takes to earn the Exotic Trinity Ghoul Compound Bow. 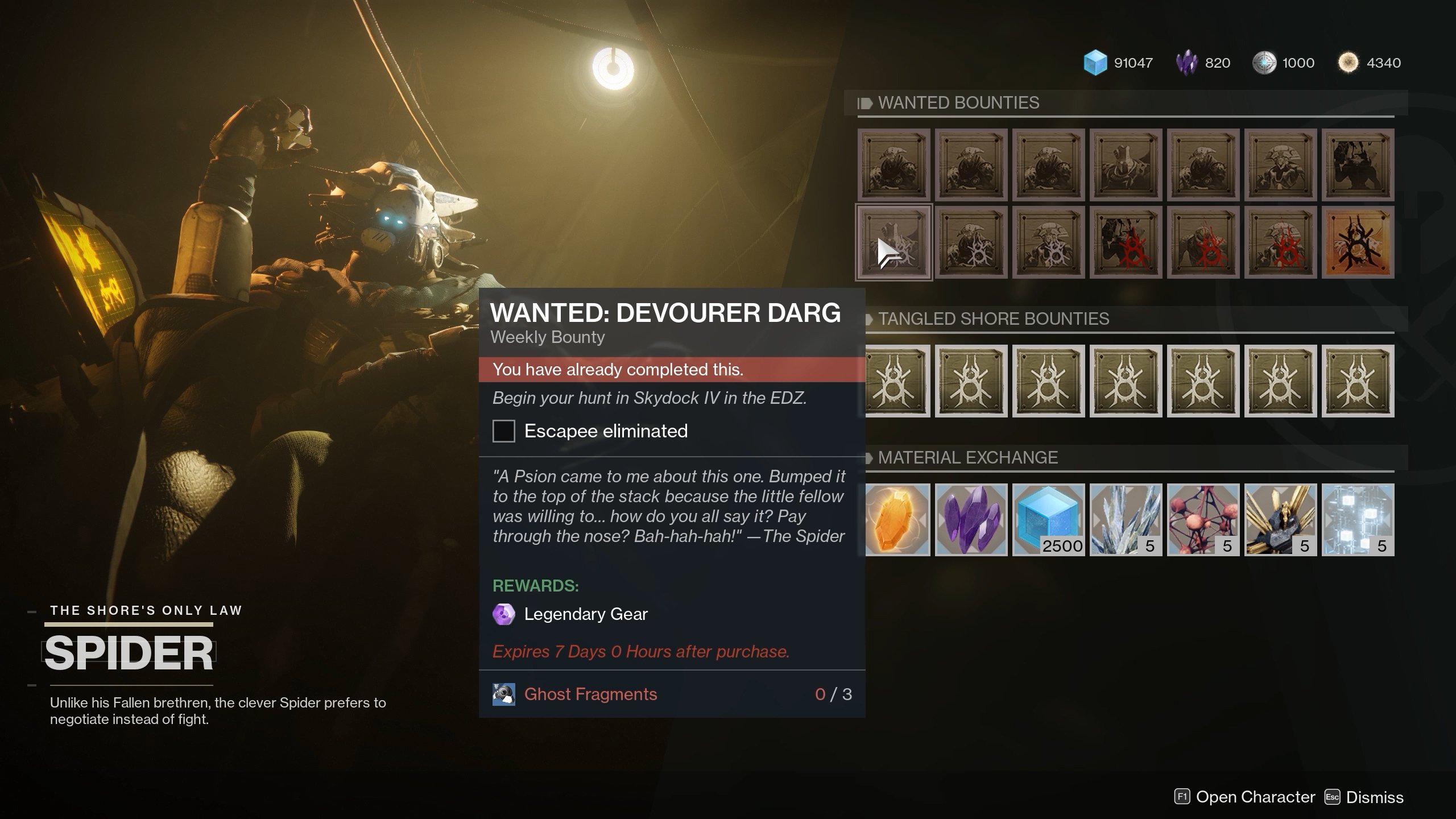 Where to find Wanted: Devourer Darg in Destiny 2: Forsaken

How to get a Seed of Light in Destiny 2: Forsaken

Learn how to unlock a second subclass by getting a Seed of Light in Destiny 2: Forsaken.

Forsaken certainly didn’t skimp out when it comes to bounties to hunt, with a huge number of Prison of Elders escapees for us guardians to hunt down across Destiny 2’s many planets. This time round we’re after the threateningly named Devourer Darg, another Cabal leader who’s stowed himself away in the Skydock IV lost sector. Thankfully, Darg is most bark with very little bite, so you shouldn’t have too much difficulty in delivering some justice to him and his Cabal cronies. Read on to learn where to find the Wanted: Devourer Darg bounty in Destiny 2.

(Psst, want to get ahead in Forsaken? Read our guide for how to get Prime Engrams…)

Where to find Wanted: Devourer Darg

Wanted: Devourer Darg is hiding in Skydock IV’s lost sector, which you’ll find very close to the Echion Hold on EDZ. Fast travel to the Sunken Isles and then travel towards the Echion Hold. You should get a message informing you that the lost sector is near, and you’ll find it under the ramp entrance to the ship.

Once you enter the lost sector you’ll be immediately confronted by a bunch of Cabal baddies. Even if you’re a bit underleveled you shouldn’t run into much trouble so long as you take your time with them. The best approach here is to take out all of the Cabal minions before dealing with Devourer Darg on his own, though you could can always rush in headlong if you’re feeling confident. He won’t take much more than a super to beat, making this is a pretty easy bounty to claim. Make sure to loot the lost sector too, as Darg will drop a chest once defeated.

With the Wanted: Devourer Darg quest complete you can claim your reward from Spider and move on to the next Wanted bounty on your list. We have plenty of them in our Destiny 2 guides, so to get you started here’s where to find the Wanted: Combustor Valus weekly bounty.