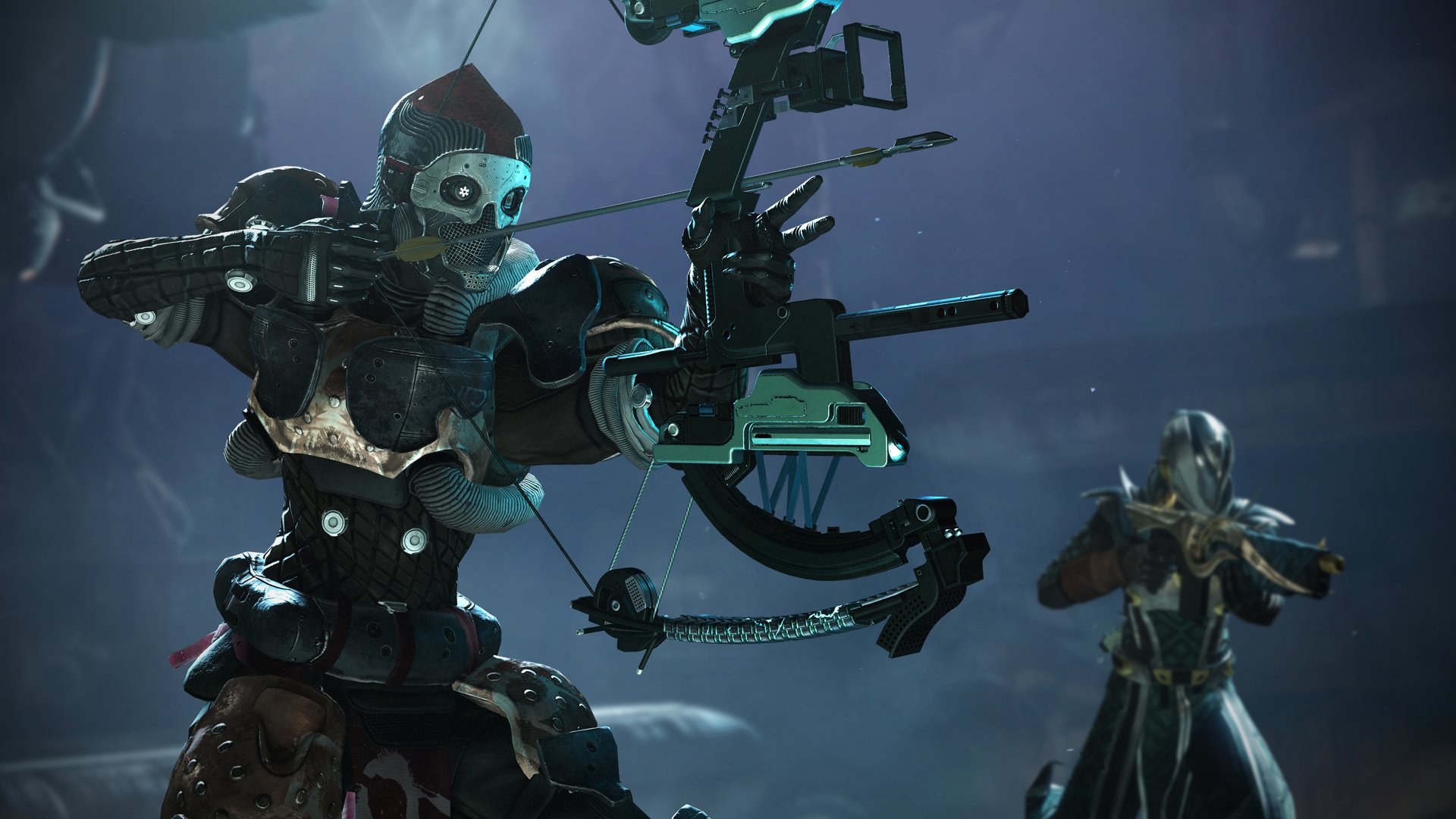 Where to find Wanted: Devourer Darg in Destiny 2: Forsaken

Learn how to reach Devourer Darg's hiding place in EDZ for another Wanted bounty in Destiny 2: Forsaken.

There’s a lot of new content and guns in Destiny 2: Forsaken, but one new weapon has drawn particular attention: the bow. Despite their obvious inferiority to guns in real life, bows have always been popular in video games, and nowhere does it make more sense to be using them than in Destiny 2’s world of future space wizards. Okay, maybe the likes of Far Cry Primal has it beat, but Destiny 2 comes pretty close. In case you haven’t come across an arrow slinger yet, here’s how to get the bow in Destiny 2: Forsaken.

(Hey you! Are you in need of Prime Engrams? Here’s our guide for where to get them in Destiny 2: Forsaken.)

The first chance you’ll have to obtain a bow is fairly early on in Forsaken’s story. When you reach the Tangled Shores you’ll meet with Petra Venj who’ll assign you a number of quests to complete with other NPCs. All you need to do is complete these and you’ll be given a Legendary bow that fires off explosive arrows. Simply speak to Petra in Spider's Safehouse after finishing the High Plain Blue quest to receive it. Earning your first bow is as easy as that, and practicing with this Legendary weapon will be good training for any further weapons you're lucky enough to find in the future!

The starting bow is far from the only one available in Forsaken, and nowhere near the best. One bow many players are keen to get their hands on is the Exotic Trinity Ghoul. This weapon’s unique twist is that it fires a splitting arrow, which combined with a Lightning Rod perk makes it a great weapon for clearing lower health enemy grunts. Unfortunately, when it comes to earning the Trinity Ghoul, you’re subject to the luck of the grind. The Trinity Ghoul Exotic Combat Bow can only be earned as a random drop from exotic engrams for Forsaken owners. This is one weapon that could take a long time for many players to earn, but who knows, you could be one of those lucky sods who gets it as your first drop!

We have plenty more Destiny 2: Forsaken guides here on AllGamers. If you’re hunting down Spider’s bounties, here’s a few to get you started: Here’s where to find the Wanted: Queenbreaker bounty. And here’s our Wanted: Karugul bounty guide.