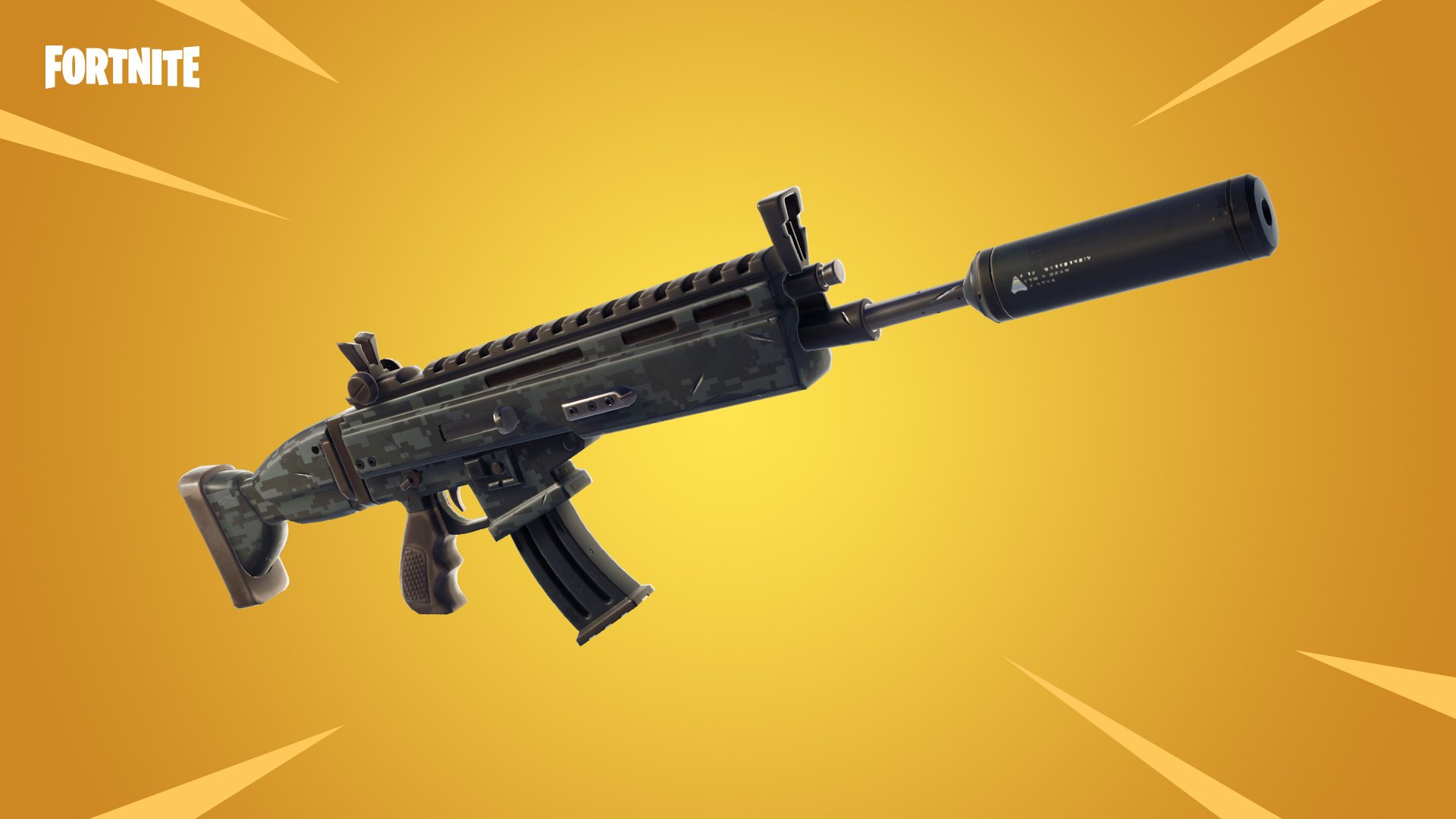 Where to get Crime Tokens in Spider-Man on PS4

Crime Tokens are useful for purchasing upgrades and unlocking new suits in Spider-Man on PS4.

Fortnite gets a new Supressed Assault Rifle in today's update.

The new gun has a dark urban camo pattern and includes a built-in silencer for fans of the super sneaky approach.

According to the Content Update 5.40 post by Epic Games, the weapon "rewards trigger discipline with precision." and is designed not to be sprayed rapidly. This likely means it'll have a far greater reticle bloom than the traditional SCAR assault rifle, to compensate for its sneaky ways. It clearly won't stack up to the Legendary full-auto and Burst ARs in a clean fight, but when catching an opponent off guard it should be the weapon of choice. It sounds perfect for our cowardly bush-hiding ways at the very least!

Much like the standard SCAR Assault Rifle, the weapon only comes in Epic and Legendary variants, dealing 32 and 33 damage per shot, respectively. You'll be able to find it in all the usual looting spots including as floor loot, in treasure chests, supply drops and vending machines.

The sad news is the as one gun arrives, another bids farewell to the game, and in this case it's the Drum Gun SMG. The Tommy Gun-style weapon was a popular choice following its addition, offering a huge drum magazine from which to unload on enemies at close range. Epic has added plenty of SMGs to the game in recent months, including the MP5 style weapon and P90, so it's not too surprising they've chosen to drop one if they feel it was falling behind the others.

Update 5.40 also brings some bug fixes to The Getaway, Fortnite's latest Limited Time Mode. We've listed all the changes Epic has reported below:

There are further changes to Fortnite's cooperative Save The World mode included in Update 5.40 which you can check out by reading the full post on the Epic Games site.