Xbox, Switch and PC players aren't going to like it. 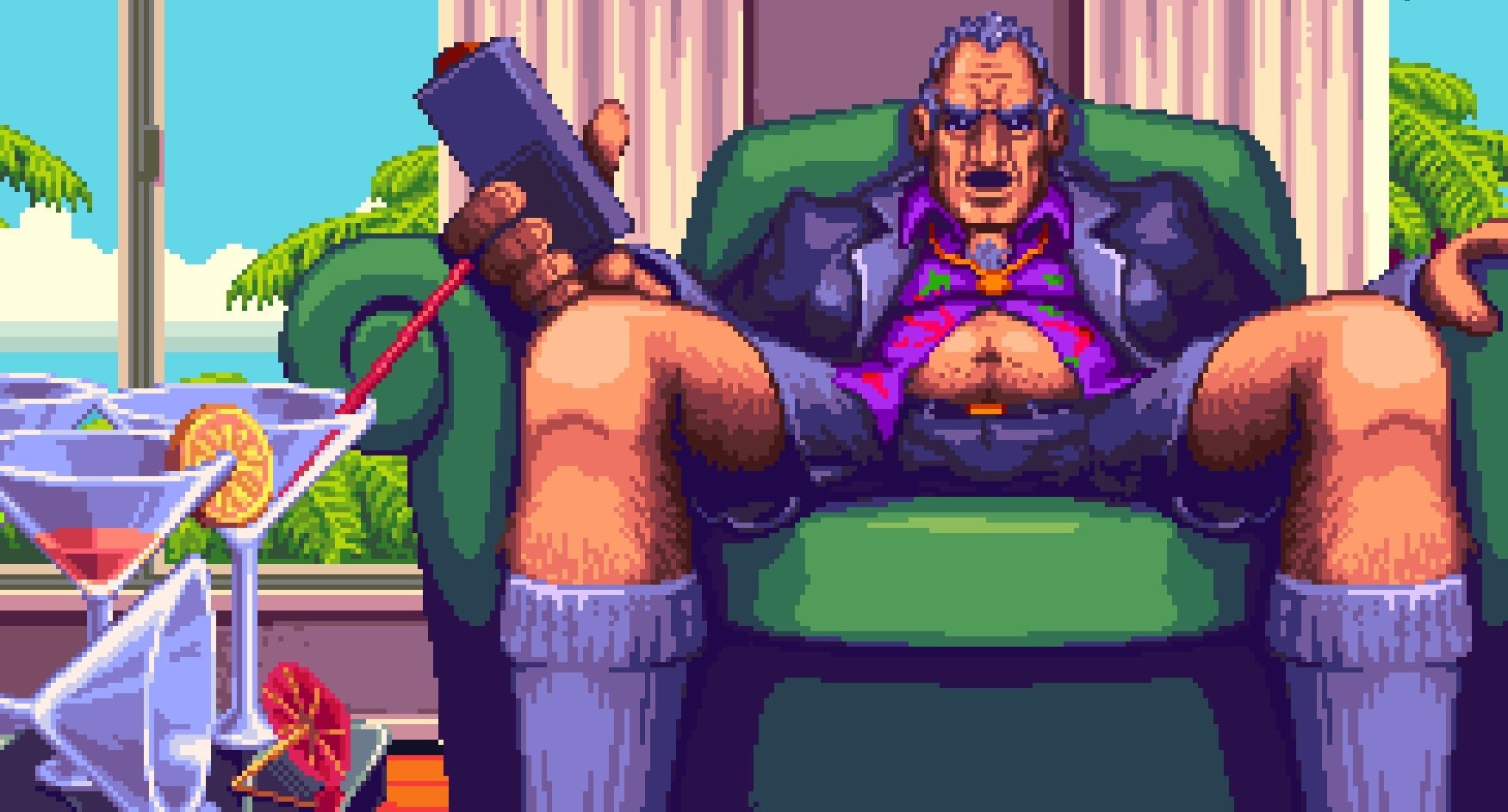 Shakedown Hawaii is the gonzo follow-up to Retro City Rampage

Learn how to best Dragon Quest 11's puzzling Smog enemies and open up the rest of the world to explore.

Retro City Rampage made quite a splash on the indie scene when it launched in 2012. The game took solo developer Brian Provinciano over a decade to complete, and started out as an attempt to imagine what Grand Theft Auto would have been like had it been an NES game in the 80s. The resulting pixel mayhem sandbox not only offered a sprawling city packed with missions and mischief, it also crammed in more 80s pop culture references than a Stranger Things story meeting.

And now, six years later, it's getting a follow up.

The pitch this time is to parody big business and white collar crime, with the game allowing you to amass a fortune and build a dodgy corporation through "open world missions, shakedowns, sabotage and property acquisition". And if you're worried that gameplay will involve nothing more than shady stock deals, the trailer above should hopefully reassure you that insane destruction is very much still on the menu.

Shakedown Hawaii is slated for release before the end of the year, and will be available for Nintendo Switch, PlayStation 4, PlayStation Vita, Nintendo 3DS and PC.