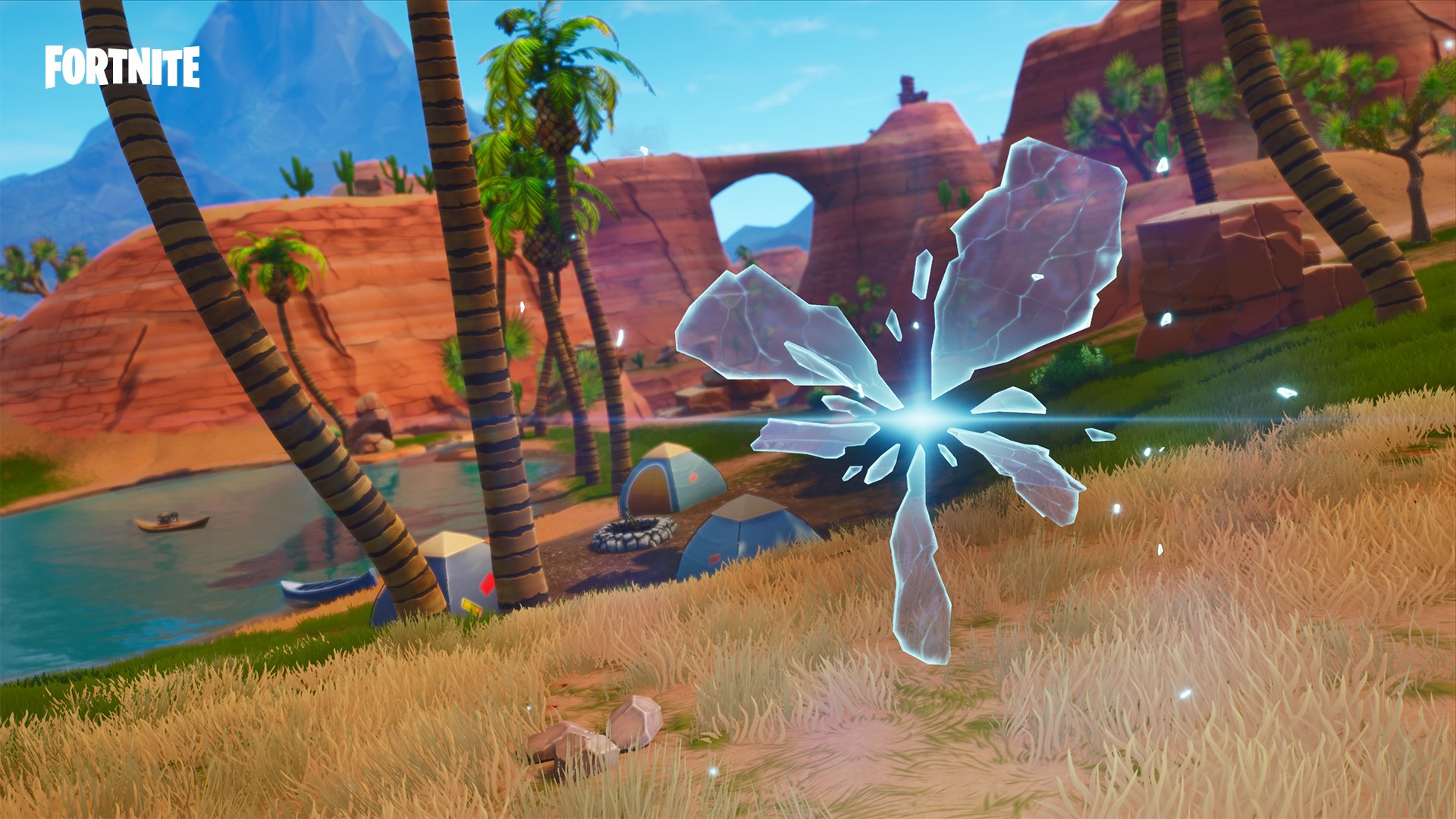 Where to search between Three Oversized Chairs in Fortnite

Seat yourself down and have a read our our guide to learn the location of Fortnite's three oversized chairs challenge!

One of the core challenges for in Week 8 of Fortnite Season 5 is a subject matter everyone playing should be familiar with by now: Rifts. Yes, Epic Games is tasking us with visiting 10 different rift spawns across the island. You’ll likely have used your fair share while running around in games thus far, as they’re easily the most efficient way to travel quickly and in relative safety.

(Hey! Are you looking for the treasure between Three Oversized Chairs? We have a guide for the location you need...)

While you may know the locations of one or two of them, there are at least 18 out there in the world waiting for you to use them. They’re fairly small, and can be tricky to spot from a distance, but fortunately we’re here to help. To assist you in completing the challenge as quickly as possible, in this guide we’ll teach you all the Rift locations we know of in Fortnite.

The map above shows all the potential Rift spawns that we know of, though it’s worth noting that they won’t always appear in these spots. The Rift effects are small enough that you won’t be able to see them while flying over in the Battle Bus, but once you’ve dropped down some height they should become visible.

Rifts disappear after being used twice, which means if you faff about too much at the start of the game, you might find the rifts you’re after have already vanished. To that end we recommend heading straight to a region where lots of Rifts spawn at the start of the match (the areas surrounding Paradise Palms or east of Snobby shores are good bets). Land directly at a rift and you can use the height you gain from it to fly directly to the next one. Using this method it’s possible to jump between all ten rifts in a single match! Don’t worry if you don’t achieve this however, as your total will carry over between matches.

Travel through ten and you’ll have completed the challenge! That’s a nice and easy five Battle stars earned, well done! Of course, we have plenty more Fortnite guides here on AllGamers, so if you’re looking to round up any challenges you’ve missed as Season 5 comes to a close, why not have a browse?