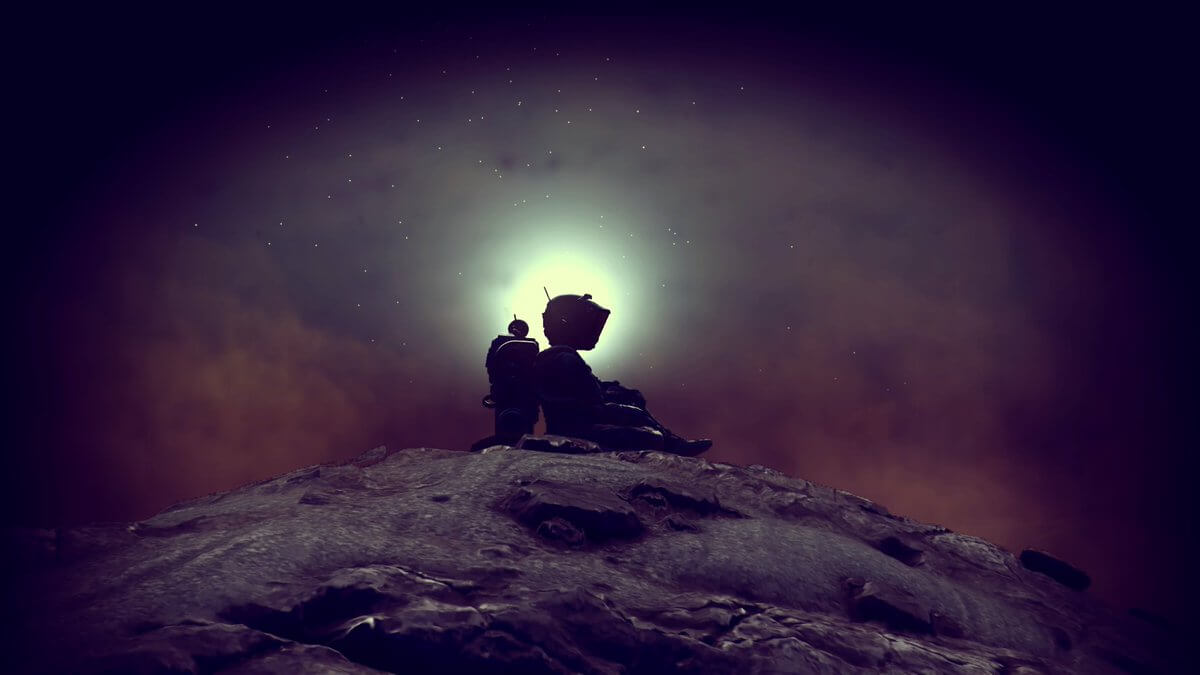 Turn your Fortnite grind into a riveting ride by rifling through our rift locations guide!

Have you been playing No Man's Sky following the NEXT update? Have you been wondering what that Quicksilver currency is at the top of the menu screen? Well, you're about to find out. Hello Games has gone live with the first of many planned in-game community events, designed to reinforce the notion that players are now sharing the same universe.

This takes the form of a special Space Anomaly mission, handed out by the mysterious Specialist Polo and Priest Entity Nada who have been popping up in your game. Until yesterday, if you spoke to Specialist Polo you were told he was busy with his calculations. Now if you speak to him, he'll give you a mission: visit a remote planet and excavate some anomalous objects that have been appearing underground.

Return these to Polo and he'll reward you with Quicksilver, which you can use to craft new costume items, emotes, decals, decorative base items and even - apparently - entirely new exocraft vehicles. Hello Games says it plans to expand the inventory of Quicksilver reward items to more than 50 over the coming weeks.

It's all part of a drive to pull the No Man's Sky community together, rather than having millions of solo adventurers pootling away by themselves. Last month saw the launch of the Galactic Atlas website, which offers info on the regional hubs of the Euclid galaxy where the game takes place. You can see how many player bases have been built in a specific hub, who the most prolific explorers are, and also get portal coordinates that will take you to points of interest.

And it seems Hello Games isn't stopping there. In their latest development update they promise that more ways to earn Quicksilver will be added to the game, along with different and more complex community events.