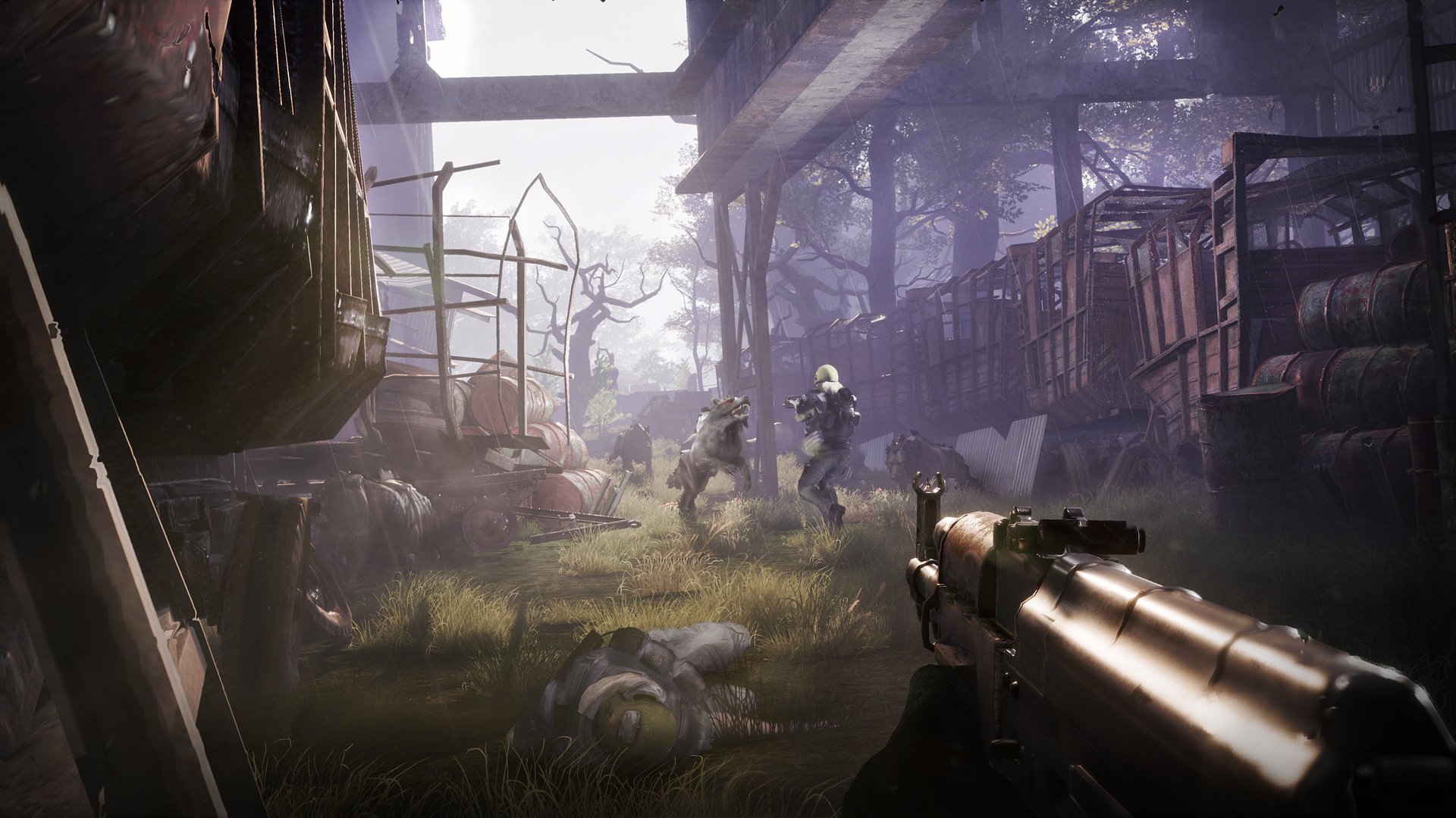 Fear the Wolves is one of the latest games to emerge within the modern battle royale genre. Unlike titles Fortnite and Realm Royale, Fear the Wolves returns to the early days of PUBG with its gritty realism and “nuclear fallout Russia” style map. With the market quickly becoming saturated with battle royale games, it’s important to incorporate something new in order to stand out.

There are a few ways Fear the Wolves does this, notably the inclusion of environmental hazards like wolves. We’ve encountered wolves while evading other players. Wolves make it harder to sneak up and dispatch enemies, and wolves can often be found in key “high loot” areas.  The best way to deal with these wolves appears to be through the use of melee weapons.

This is because melee weapons won’t alert nearby players to your position the same way firing shots from a gun will. Plus, using guns to dispatch wolves depletes ammo that could have otherwise been used to defend yourself against enemies. Right now, there’s only one melee weapon (the axe) available in the game.

It’s unclear whether developer Vostok Games plans to add additional melee weapons in the future, or if their intent is to indeed make these items less common. Vostok Games has also noted that wolves typically appear in "gold areas" on the map, so if you want to avoid wolves altogether, it's best to steer clear of gold map locations.

In addition to rogue wolves roaming the map, you won’t experience a typical “red zone” type map closure. Instead, different 100mm sections of the map get blocked off at random. Rather than directly dealing damage, red zones feature different hazard stages. The first hazard to appear in red zones are wolves. The next hazard is radiation, which gradually depletes your health.

The radiation has a sort of S.T.A.L.K.E.R. vibe to it, especially with the nearby scenery and landmarks. There are items available in Fear the Wolves that’ll help you deal with these zones including oxygen masks and hazmat suits, though they come at the cost of other wearable gear such as backpacks that expand your inventory space, and armor which can be crucial for reducing the amount of damage you take during enemy engagements.

You can also sprint out of these red zones to safety, but if you were unfortunate enough to suffer radiation damage, you’ll need to exert caution as your health replenishes afterwards. Other “hazards” to keep in mind are weather conditions which can reduce visibility, and make driving through the map a real chore.

The developers of Fear the Wolves noted that they worked hard incorporating diverse PVE elements into the game, and it definitely shows. Fear the Wolves is part battle royale, part survival game. You don’t need to kill other players to snag the title of last player standing if you don’t want to, as there’s also a helicopter that comes in during the final stages of the game that evacuates players from the map.

Of course, pursuing the helicopter runs the risk of exposing yourself to enemies, so you’ll want to be prepared if you plan on utilizing this method of victory. On the surface, Fear the Wolves may be similar to other battle royale games, but it includes enough originality to keep it fun. We get sucked into the game for hours at a time, finding new ways to die, and new ways to succeed.

It’s still early on, and Vostok Games likely has plans to add even more to Fear the Wolves during its time in Early Access. With that in mind, we’ll have to revisit the game again following its full release in the future. In the meantime, if you’re looking for a different battle royale experience that blends together PUBG and S.T.A.L.K.E.R. aesthetic with solid elements of PVE, we highly recommend checking out Fear the Wolves!