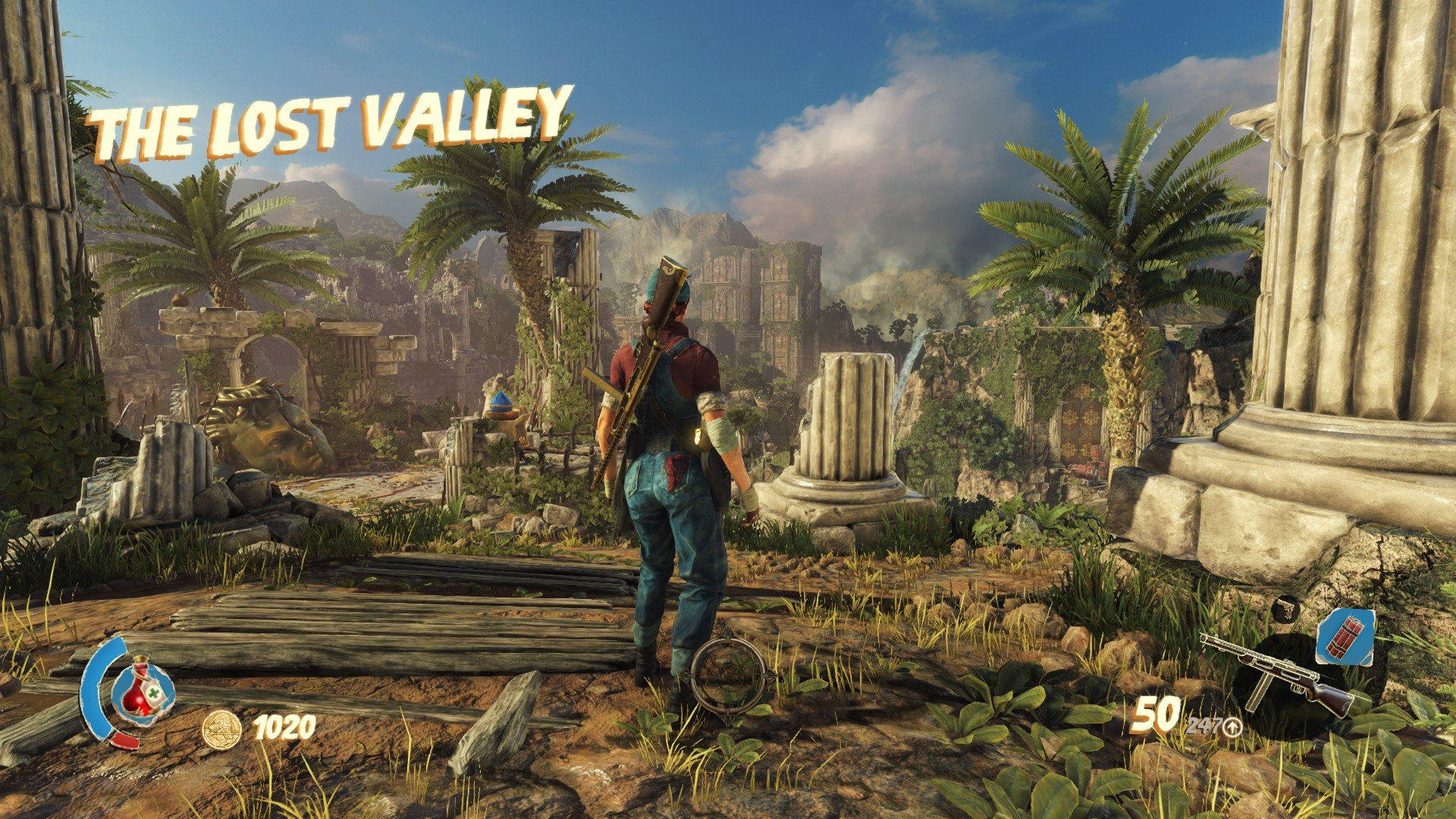 All Blue Jar locations for Hidden Valley in Strange Brigade

A romp full of wolves and radiation.

The second level of the game, Hidden Valley, steps up how fiendishly hidden the Blue Jars are by quite a way, so don’t feel ashamed if you couldn’t spot them all yourself. To help you out, we’ve already found where each one is hiding. Read on to learn the location for every Blue Jar on the Hidden Valley level in Strange Brigade.

(Hey you! Looking to start the Blue Jar guides from the beginning? Here’s our guide for all Blue Jars on Harbin’s Dig Site.)

Jar number one is a fairly easy spot and appears early on in the level. After you power the first energy crystal and aim it to open up the gate, you’ll need to fight some zombies on the bridge. Once you’ve killed them, run over the bridge and stop at the other end. The Blue Jar will be ahead of you and slightly to the right, up on a vine-covered ledge held up by a stone pillar.

The second jar can be spotted after the first major fight of the level, where you first face the ghouls which teleport about in red mist. After the fight, run up to the second energy crystal you need to aim to progress. There’s also a Blue Cat Statute hidden close by here, but for the vase you’ll want to look up and to the right, on top of the square-topped pillar nearby. If you’re having trouble spotting it. Aim the energy crystal to the correct spot to lower the spiked barricade next to you. Run up the new path then turn left and the pillar will be directly in front of you with the vase on top.

The third jar is only a short distance further, when you first need to stand on a blue switch before shooting a button to open the path ahead. This should activate an axe-trap doorway which then breaks on the left side. Looking above this and to the left you should see should be a wooden wheel. A bit further up and to the left is a stone pillar with the jar resting on top of it.

The final jar can be spotted after climbing the stairs with the minotaur statues at their center and the cat shrine door on your right. At the top of the stairs, the entrance to the large building (and the end level boss fight) will be on your right. Look above the doorway and the metallic lion’s head motif. It’s quite tough to spot but the vase is sitting on an ivy-covered ledge between two curved horizontal pillars.

Huzzah! That’s every jar from the Hidden Valley smashed, meaning you got the full set. The next level in the game is the spooky Tunnels of Wadjet, but with our guide for all the Blue Jars there you have no reason to fear! If you’re also hunting down the Blue Cat Statues that pop up on your journey through Egypt, then you should definitely give our guides for them a read too. Here’s where each of them can be found in the Hidden Valley mission.