Smash your way to success with our guide to every Blue Jar/Vase in Strange Brigade's The Towering Temple level. 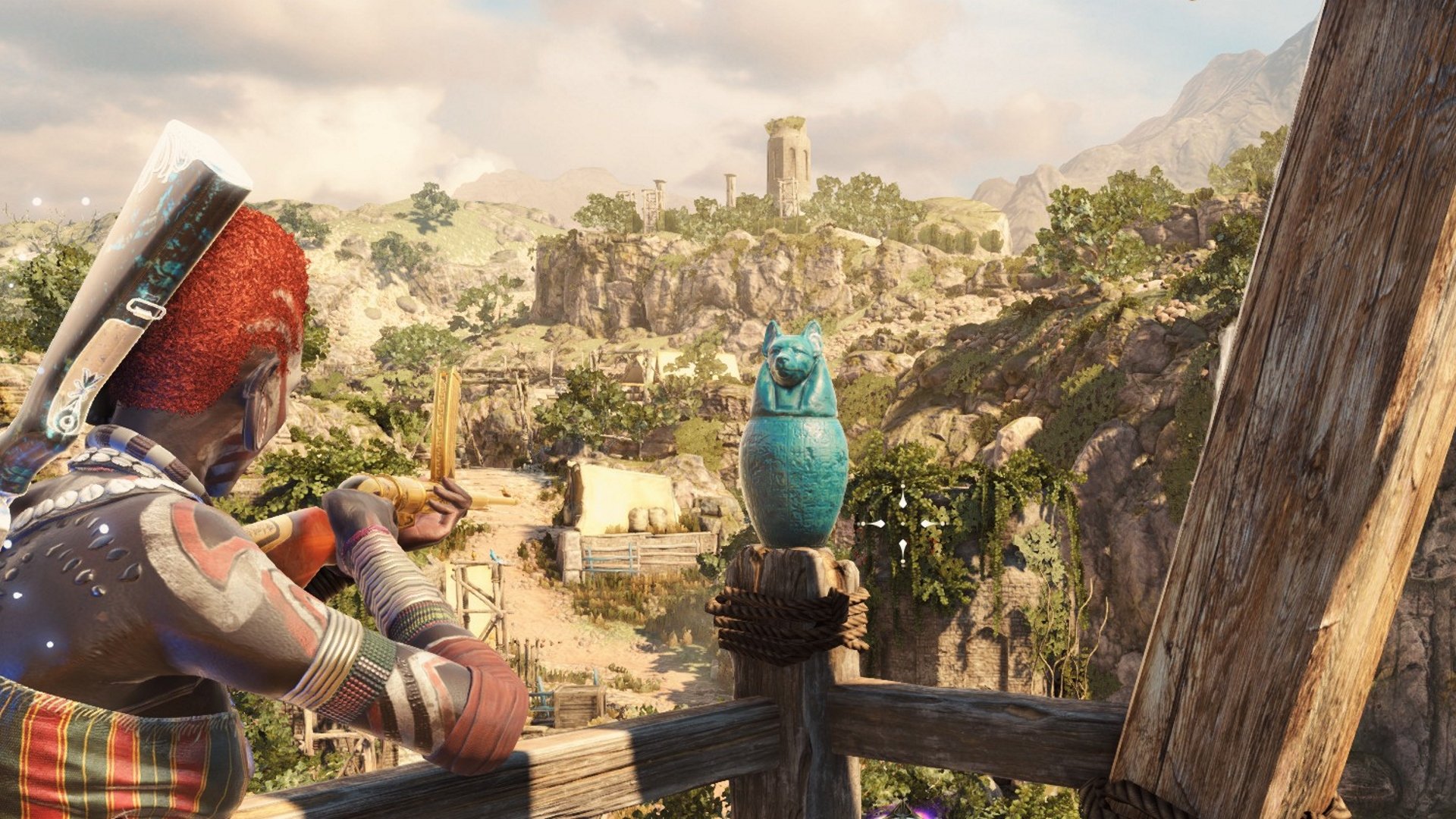 All Blue Jar locations for Hidden Valley in Strange Brigade

Level 2 of Strange Brigade isn't just a Hidden Valley, there are also plenty of hidden Blue Jars for you to find!

Harbin’s Dig Site is the first level of the game, and while it makes its Blue Cat Statues highly obvious, the Blue Jars are a little tougher to spot. To save you the time scanning the environment, we’ve already rounded them all up. Here’s every Blue Jar location for Harbin’s Dig Site in Strange Brigade.

(Psst! Having trouble finding the Blue Cats? Check out our guide for them on Harbin's Dig Site.)

The first Jar you can enjoy smashing is located up with the first Scarab Key you need to unlock the door forwards. It’s sitting on the wooden corner post, next to the overhead zipline that you can secure a chest from by shooting the plate in the distance. You can either wait until you fight your way up there to shoot the vase, or aim upwards from the combat area below and shoot it in advance.

After you open the first Scarab Key door, stick to the right and climb the path up the cliff face. You should reach the entrance to a cavern. There’s a relic and cat statue to earn in here, but for the Blue Jar you’ll want to follow the path on the right hand side in the cavern. At the top you’ll pass a Blue Cat Statue and reach a plateau where the game lets you admire the panorama. The second jar is on your left here, inside a stone archway and atop a rocky ledge.

The third jar can be found when you reach Harbin’s Dig Site itself. After you pass through the axe-trap archway you’ll reach a campsite where the lady speaks to you over the radio. Turn around and look up to see the vase sitting on top of the leftmost pillar of the axe-trap archway.

The fourth and final jar is directly before the mummy boss fight at the level’s end. As you’re about to descend the stairs to the Queen’s Chamber arena, the jar will be tucked behind the second pillar on the left. Shoot it then complete the level to make sure it counts.

Bravo Brigade! You’ve secured all the Jars from Harbin’s Dig Site. There are plenty more out there that need a good smashing, however. Why not look at our guide for all the jars in the next level: Hidden Valley.