"I will deal with this Jedi slime myself." 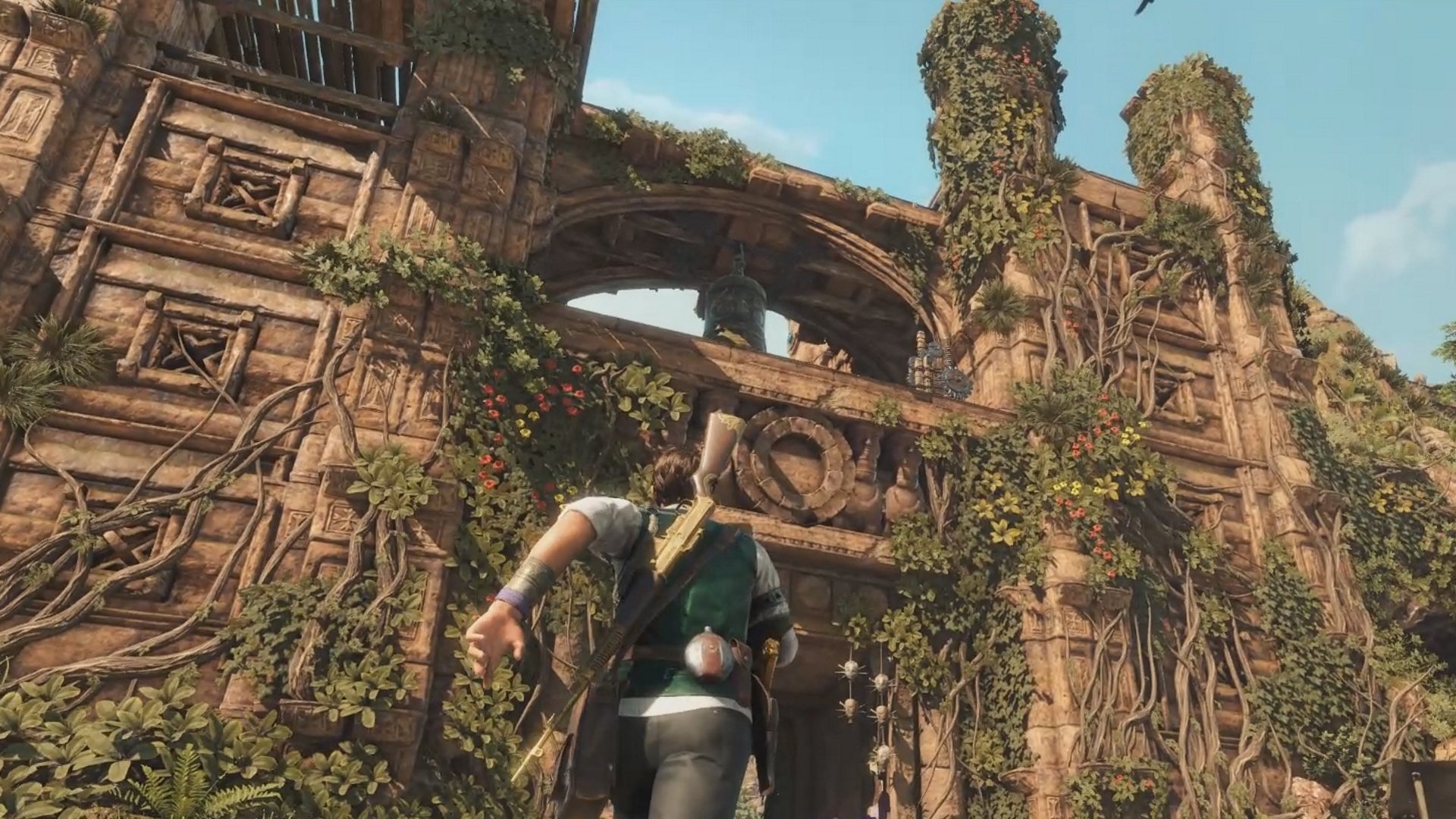 If you’re struggling to spot them all, never fear as we’re here to help you out. In this article we're covering The Towering Temple, Strange Brigade’s fourth level. It’s a long level and you’ll need to be attentive right up until the end if you want to collect every single Blue Jar. Thankfully we have the location of all of them. Here’s where to find every Blue Jar in The Towering Temple level:

(Psst! Are you hunting down Blue Cat Statues instead? Here’s our guide for them on The Towering Temple...)

All Blue Jar locations for The Towering Temple

Much like The Towering Temple’s first Blue Cat statue, the first Jar here can be found shortly after starting the level. As you exit the caves you’ll come across a wooden bridge. Cross it and turn to the right to face the large, rickety wooden scaffolding on the opposite cliff face. The Blue Vase will be sitting at roughly the same height as you on a wooden platform.

After fighting a big horde of undead, you’ll open the way forward through a large and ostentatious gateway overgrown with vines. Pass through this and you’ll enter a built up digsite with a large wooden crane directly in front. The second jar will be to the left of this, sitting on top of a small wooden tower behind a tent-like canopy.

The third jar is hidden in another outdoor combat arena that requires you to destroy a large blue crystal with your amulet in order to progress. Look for a large, overgrown stone structure to the right of the arena. It should have two stone statues standing on either side of the top, next to wooden scaffolding. The vase is on the front of the stone structure, resting on the right of the top ledge, underneath the arch.

The final jar is at the very end of the level, on the top of the temple itself. Before you run to far forwards and activate the boss fight, look to the right, over the edge of the temple and up on top of the cliff edge. There should be an unlit metal brazier, and the jar will be on the ground to the left, standing just at the cliff’s edge. If you don’t remember to shoot it, the jar will be clearly visible in the final cutscene as your characters leave in a blimp, taunting you for missing it! After you’ve shot it, all you need to do is take on the large statue boss and make your escape.

Congrats! Those are all the jars hidden in The Towering Temple, but there are plenty more waiting to be found in Strange Brigade! Did you already get them all in Tunnels of Wadjet? Perhaps you'd rather start from the beginning! Don't worry, we have all the Blue Jar locations in Harbin's Dig Site too!Check back again soon for more guides.