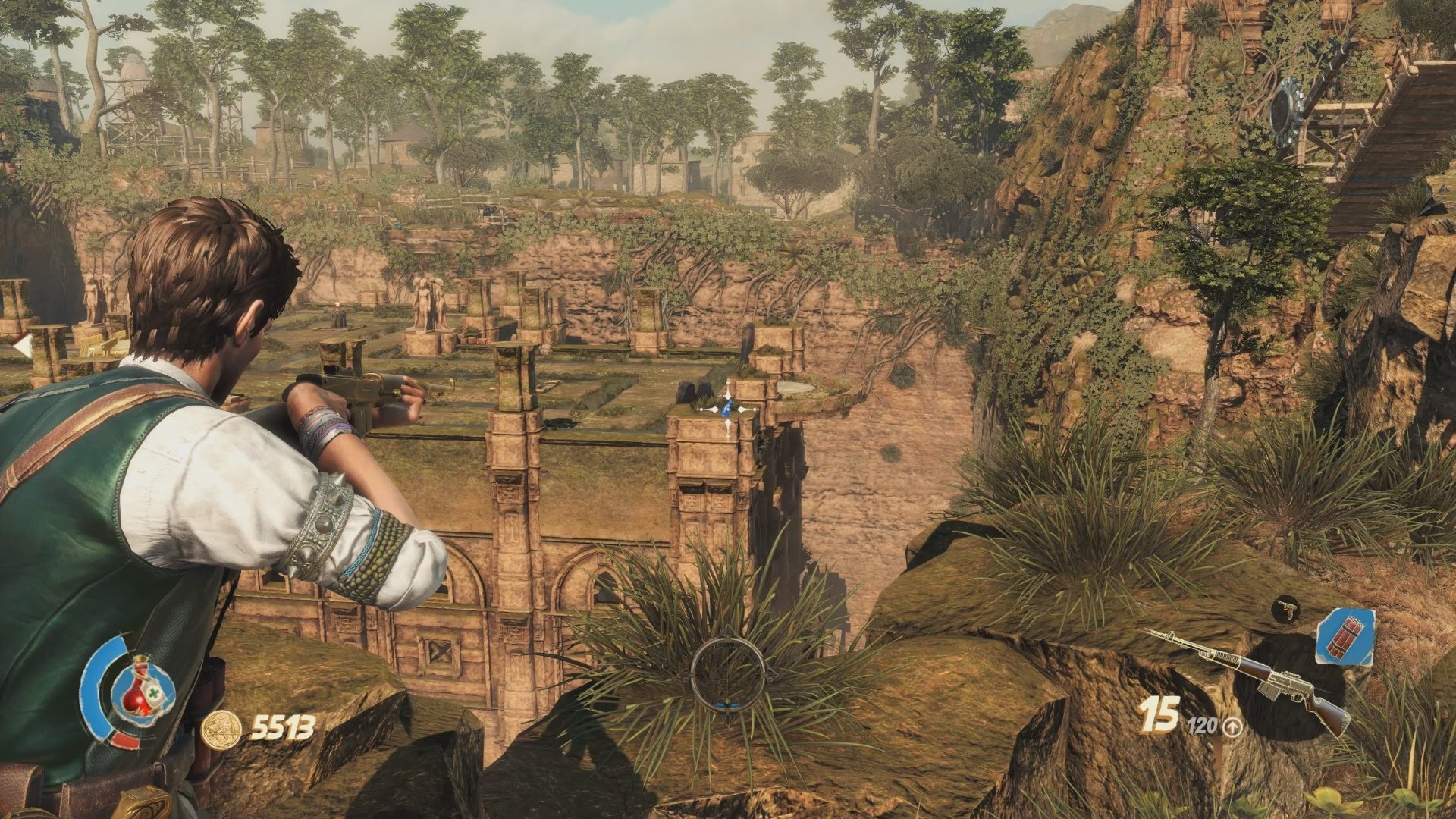 A closer look at the new maps, characters, and items in Spelunky 2.

Cats, eh? Always causing a nuisance, and now even in games like Strange Brigade! The nerve of them. Each level of Rebellion’s co-op shooter has six Blue Cat Statues to find, and shooting them all will net you access to a nice stash filled with money and a golden cat collectable. In this article we’ll teach you where to find every Blue Cat Statue in Strange Brigade’s fourth level, The Towering Temple.

(Looking to start the hunt for magical cat statues from the beginning? Here are all the locations in the first level, Harbin's Dig Site.)

Your first chance to shoot a Blue Cat Statue is right at the start of the level as you exit the caves. The cat will appear when you move towards the small wooden bridge. You can spot it up to your right on a curvy tree trunk leaning out from the cliff edge.

The second cat appears as you travel round the cliff’s edge towards a raised bridge. As you pass a campsite and reach a small wooden bridge you’ll hear the cat appear. Look over the edge towards the large temple’s roof and you’ll see the cat appear on a raised section at the closest corner on the right.

The third cat can be found shortly after you exit the caves in which you have to fight off enemies while standing on a blue, glowing button. On your right there should be a waterfall running down. It’s beautiful, sure, but let’s focus on our main goal here: shooting inanimate kitties. This can will spawn behind you as you run further down the path, so turn around when you hear the telltale noise and you’ll see it sitting on some rocks next to the water.

Once you reach the base of the crevasse you’ll make your way towards the temple’s entrance. As you begin crossing the candlelit bridge towards the doorway, the fourth cat will appear behind you. Facing away from the entrance, the cat will be on your right on a raised wooden platform.

Inside the temple you’ll reach a trap-laden room with energy crystals you need to charge and aim. Looking towards the final crystal (in front of a large egyptian statue), enter the area behind it through the archway on its left. As you run up the stairs here, the cat will appear on the ledge behind you. Mind the spike traps below it though!

Cat six makes its appearance close to the cat shrine door as usual. After taking the teleporter, the cat shrine will be on your left in a long, candle-filled hallway. Run forward until Seteki's ghost has spooked you and you’re in line with the cat door, then turn around and look up above the teleporter to see the cat sitting smugly in a window surrounded by vines.

And with that, you’ve earned your passage into the shrine!  Purrfect. Enjoy your reward of some money, the golden cat, and the knowledge that you’ve rid the world of yet more evil cat statues. Or at least we assume they’re evil, hanging around with zombies and all.

We have plenty more Strange Brigade guides on the way, so why not take a look at how to get those pesky Blue Jars too?