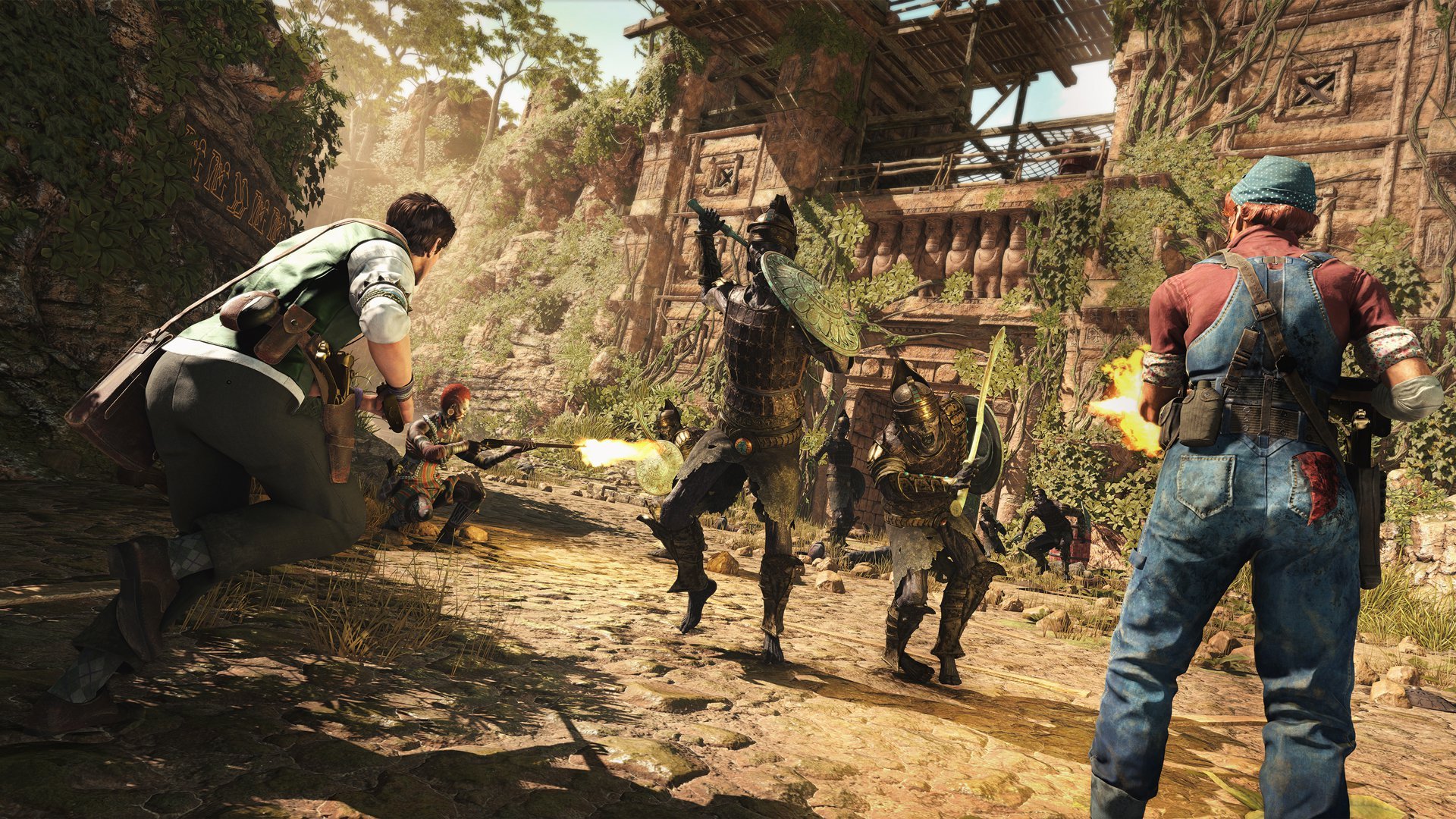 Don't let the imposing Towering Temple make you into a scaredy cat - follow our guide for every Blue Cat Statue location.

Strange Brigade has arrived on PS4, Xbox One and PC, and while we rather enjoyed its comedic charm and shooting when we reviewed it, Rebellion's puzzle-shooter is unquestionably best enjoyed in the company of a few friends. To that end, many potential buyers are keen to know all the ways in which they can saddle up with a mate or three before unearthing ancient tombs and the mystery of Seteki. Sadly, split-screen is becoming rarer and rarer as games push to higher and higher graphical fidelity, stretching the current consoles to their limits. In this regard, we're afraid to say that Strange Brigade isn't much different.

Can you play Strange Brigade in split-screen local co-op

Sadly, the answer is no. Strange Brigade is a very pretty game, and while it's levels are fairly constrained, they typically take place in one large, interconnected environment, often with a great degree of verticality to let you admire your progress from above. No doubt this is taxing on consoles in particular, and as such that means local co-op of any form is out the window here.

It's a real shame as Strange Brigade really shines with a few pals kicking around, setting off as many traps as possible while popping off special abilities at mummies and other ghoulish beings. It's understandable that the effects and enemy counts would have had to take a serious hit in order to display to multiple players at once on a single system, so we're left with online as the only choice.

That said, if you do want to team up with a friend over the magic of the internet, simply follow our guide on how to party up in multiplayer for the Campaign, Horde or Score Attack modes. Once you're in action there, why not make the most of it by following our guides to all the Blue Cat Statue locations, or even the Blue Vase locations in each level. Lovely stuff!