The flamboyant Sega legend has been working on a secret project for three years. 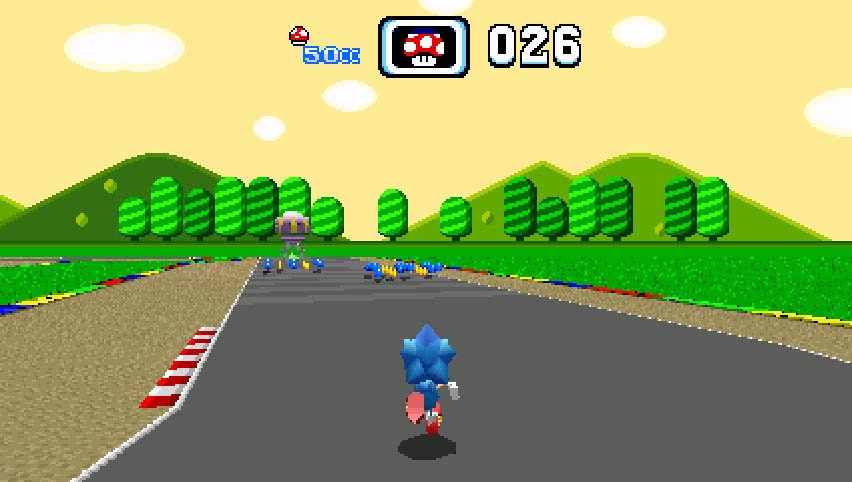 The Sonic Amateur Games Expo 2018 has thrown open its virtual doors, revealing a world of charming and often bizarre fan games inspired by Sega's speedy blue mascot. The event is run by Sonic Fan Games HQ, which has been dutifully encouraging and highlighting this peculiar corner of creative fandom since 1998. It's a non-profit venture, which is also raising money for the Child's Play charity.

Sega certainly seems relaxed about this sort of thing, and with good reason: this year's critically acclaimed Sonic Mania was developed by prominent members of the fan game community and was widely praised as being a return to form for the somewhat battered and bruised franchise.

This year there are over 90 free Sonic fan games, remixes and hacks to play around with, and here's a selection that caught our eye.

OK, the title is a mouthful but the game is a 16-bit style fighting game using Sonic characters that works better than you might think.

Pretty much exactly what it sounds like: Super Mario Kart tracks mashed up with the bonus ring-gathering minigame from Sonic the Hedgehog.

Sega infamously attempted a 3D Sonic game on the Saturn called Sonic X-Treme, using a distracting mix of polygon environments and flat sprites. This homebrew remake is fully 3D throughout, and runs on original Saturn hardware to boot.

There are loads of other demos, games and other experiences - many of which are new ideas inspired by Sonic rather than remixes of existing games. If you're stuck for something to while away a few hours, it's well worth digging around in the selection.