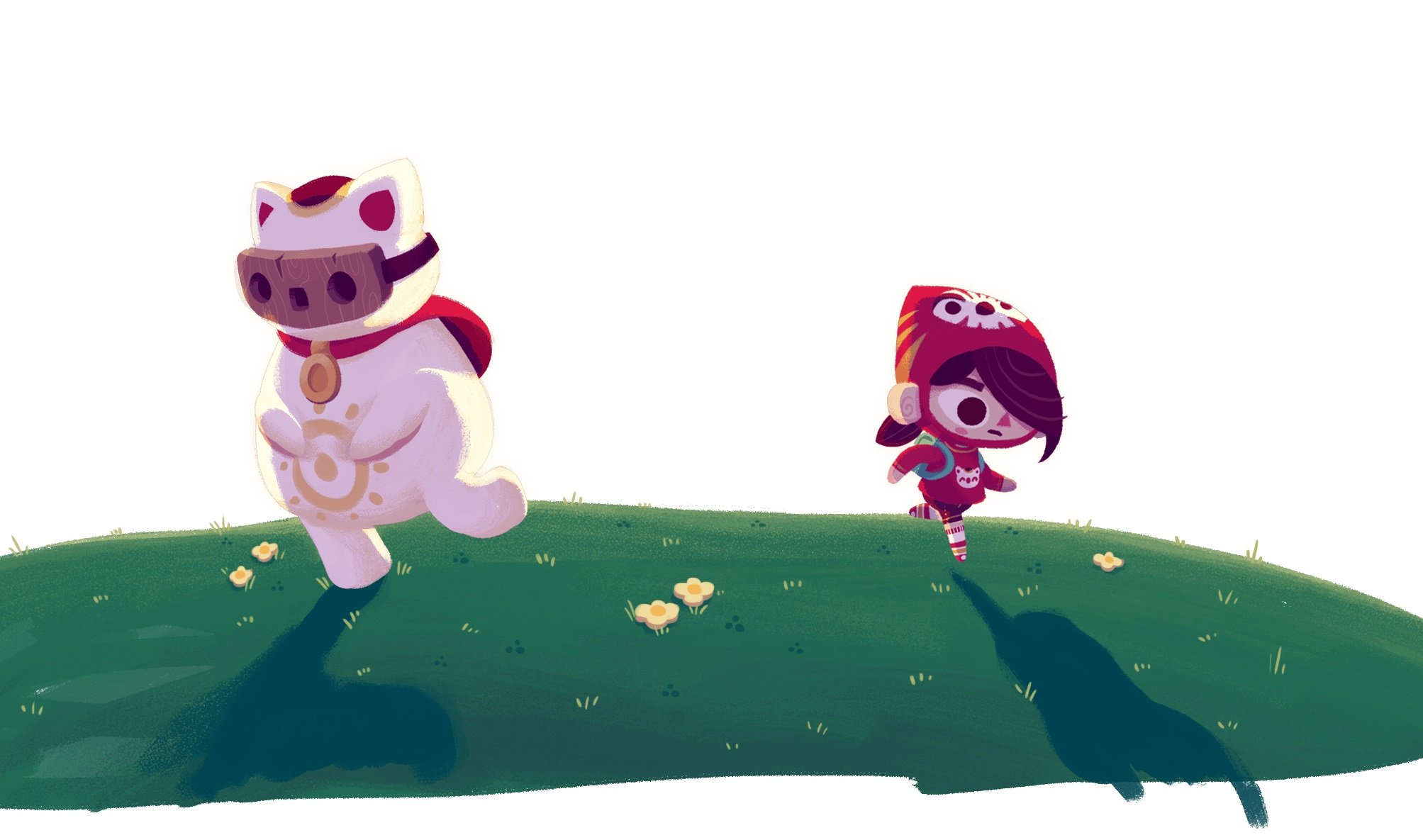 Today, Nintendo hosted a brand new Nindies showcase live stream to announce upcoming indie games coming to the Nintendo Switch in 2018 and 2019. There were several games announced during today’s stream including popular titles Into the Breach, TowerFall, and Sword & Sworcery.

Meanwhile, it was confirmed that quirky new titles Untitled Goose Game and Mineko’s Night Market will be coming to the Nintendo Switch sometime next year. For more on what was shown during today’s Nindies showcase, we’ve listed each game highlighted during the live stream to help you catch up on everything you might’ve missed.

Starting with the earliest Switch release from today’s showcase, Into the Breach is actually available on Nintendo Switch right now at a price point of $14.99. The release was announced first at the Nindies showcase with a brand new trailer for the turn-based strategy game. Into the Breach was developed by indie studio Subset Games, the same makers of FTL: Faster Than Light.

To check the game out for yourself, you can head to the Nintendo Switch eShop and purchase Into the Breach for $14.99, or check out the Switch trailer above.

Looking for a solid multiplayer to add to your Nintendo Switch library? Look no further than TowerFall, which is coming to Nintendo Switch on September 27, 2018. The release announcement was made during the Nintendo Nindies showcase alongside information that you can now pre-order TowerFall to secure your copy.

Nintendo Switch versions of TowerFall will include TowerFall Dark World and TowerFall Ascension expansions alongside the core game. As one of the more popular multiplayer indies, TowerFall boasts local co-op up to four players. There are a variety of characters to play as in TowerFall, with Celeste joining the character roster exclusively on Nintendo Switch.

For more on TowerFall’s upcoming Nintendo Switch release, check out the trailer from today’s Nindies showcase, and be sure to pre-order yourself a copy of the game before it releases on September 27!

The main goal is to avoid the angry while causing as much mayhem as possible. A set release date wasn’t revealed, though interested gamers can look forward to the launch of Untitled Goose Game sometime in 2019 on PC, Mac, and Nintendo Switch.

From an unruly goose to Japanese cats, the next Nintendo Switch game to keep your eye on in 2019 is Mineko’s Market. Similar to Untitled Goose Game, there’s no confirmed release date for Mineko’s Night Market outside the general 2019 release window. In the latest trailer, gamers can get a better feel for the story content which reportedly clocks in at just over 20 hours in length.

In Mineko’s Night Market, players will follow protagonist Mineko after she moves into a new home in Japan. There, Mineko learns about a mysterious cat named Abe that the locals are fascinated by. As Mineko learns more about Abe, If you’ve ever watched Studio Ghibli’s classic The Cat Returns, Mineko’s Night Market has a similar feel. Although, Abe isn’t a prince like Lune in The Cat Returns (probably).

Mineko’s Night Market will release on Nintendo Switch in 2019.

The initial reveal for a Samurai Gunn sequel was announced during today’s Nintendo Nindies showcase. Samurai Gunn 2 will arrive in early 2019, though no specific release date was given. As an added incentive to grab the Nintendo Switch version of Samurai Gunn 2, it’ll reportedly include a digital copy of the Samurai Gunn graphic novel by Valentin Seiche.

The core premise of Samurai Gunn 2 remains similar to its predecessor, with co-op multiplayer up to four players alongside with new levels, characters, and revamped controls. For more on Samurai Gunn 2, be sure to check out the reveal trailer above!

Capybara games are working on a Nintendo Switch port of the 2011 iOS release, Superbrothers: Sword and Sworcery EP. The latest version of the game will incorporate Switch features including touchscreen support in a similar fashion to the original mobile version. Gamers will also have the ability to use a Joy-Con controller as a pointer.

In an interview with Polygon, co-creator Craig Adams stated:

“Switch allows us multi-touch and all the different things that people were used to the first time they played Sworcery, so it can be played that way again. also other alternative controls that are new to Sworcery that are unexpectedly kinda cool.”

He then went on to explain the similarities and differences players can expect from the Nintendo Switch version of Sword & Sworcery. For example, the original incorporated a unique Twitter integration where players could connect their Twitter accounts and push updates on game progress won’t be included in the Nintendo Switch release.

“There hasn’t been any cause to add or subtract anything. It’s the same heartfelt patchwork that it always was back in the day. But it’s the year 2018, and Twitter is a different place than it was… the Switch isn’t as online as the initial platforms for Sword & Sworcery were, so the Switch version of Sworcery doesn’t support Twitter nor does it highlight that aspect of the initial release that Sworcery did.”

First thing's first, a new Special Edition version of Hyper Light Drifter was also announced that runs at 60 fps and brand new content alongside the original Switch version's remastered content. If you've yet to pick up the critically acclaimed Hyper Light Drifter on Nintendo Switch, we highly recommend grabbing the new Special Edition when it releases on September 6!

Next up, Wasteland 2: Director's Cut got a confirmed release date for Nintendo Switch. Launching on September 13, the sequel to Wasteland will feature over 80 hours of gameplay within a post-apocalyptic RPG setting. Wasteland is known for its engaging top-down strategy mechanics, so if you've been itching for a game you can really sink your teeth into (with 80 hours worth of content), definitely keep an eye out for Wasteland 2!

An interesting teaser for Bullet Age was also shown during the today's Nintendo Nindies showcase. Featuring side-scroller gameplay, a combination of guns and swords, and a cute art aesthetic, Bullet Age will undoubtedly feel right at home on the Switch eShop. Bullet Age will be exclusively available on Nintendo and is set to launch this coming November.

A cute new game called King of the Hat is another indie coming to the Switch in early 2019. King of the Hat is described as a "hat-based fighting game" where you can defeat opponents by throwing your hat. We're definitely intrigued, and the YouTube comments for this one are pure gold with gamers all chiming in "hat." Hat, indeed!

Looking for something with a little more story? The World Next Door is certainly one to keep an eye and will arrive on the Nintendo Switch eShop in early 2019. The game's story follows protagonist Jun who finds herself trapped in a parallel world full of strange magical creatures. There are some interesting puzzle mechanics shown in the trailer, alongside gorgeous character art. Take a look at this one, and let us know what you think the comments!

Adventure game Dragon Marked for Death is coming to the Switch on December 13, 2018. Meanwhile, games like Treasure Stack and Levelhead were announced alongside games such as Victor : Overkill Edition, which available now. Additionally, Light Fingers is coming to the Switch September 20, 2018, and  has a confirmed release date of October 2018.

For more Nintendo news, be sure to check out some of our previous features including the reveal of a new limited edition Super Smash Bros. Ultimate Pro Controller, the news that cloud saves are coming to Nintendo Switch, and Shigeru Miyamoto’s thoughts on microtransactions in free-to-play games.