Create the purrfect Hidden Valley run with our guide to all of the Blue Cat Statues in Strange Brigade's second level. 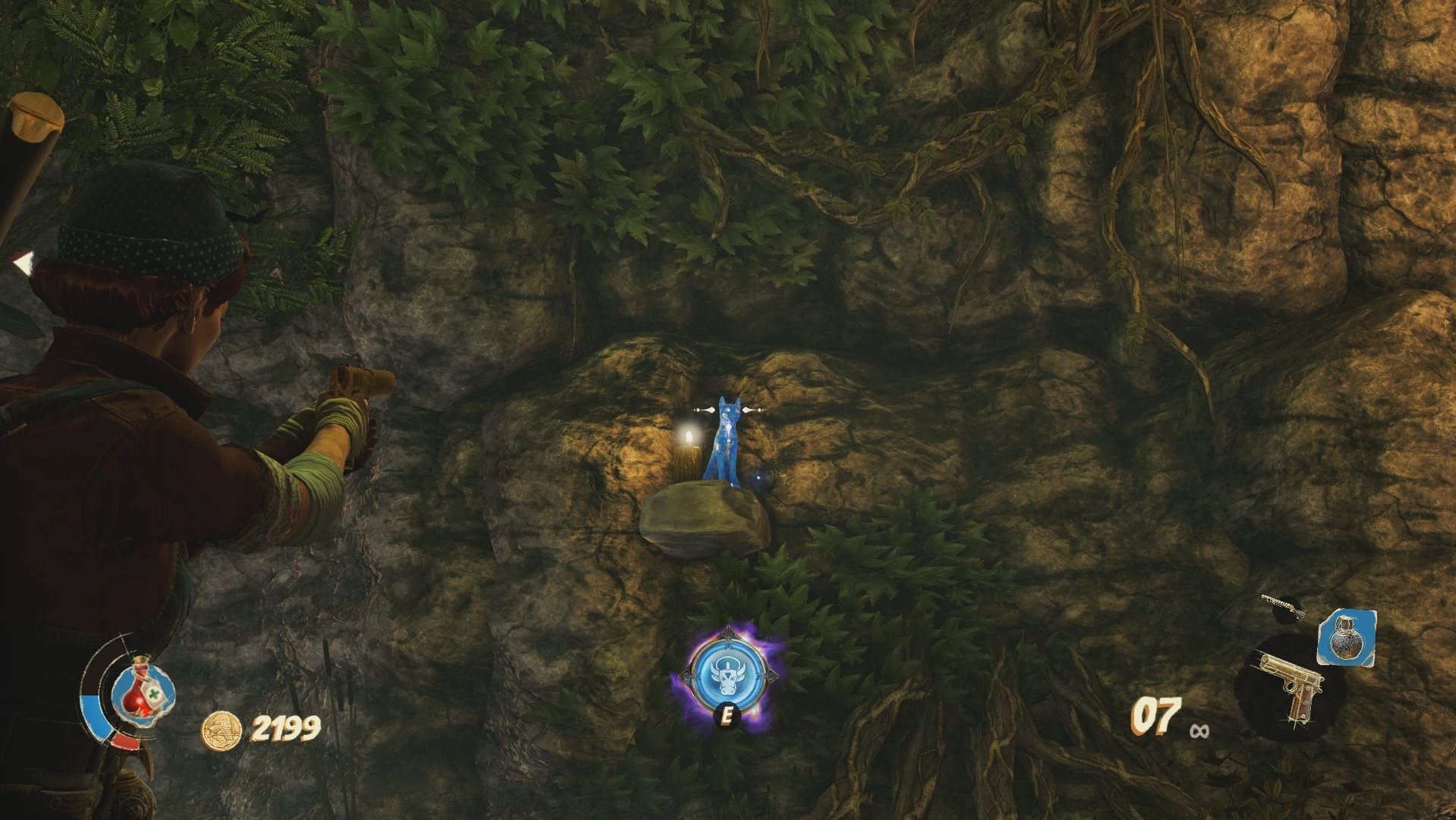 All Blue Jar locations for Tunnels of Wadjet in Strange Brigade

Learn where to find all the pesky pottery jars hidden around Strange Brigade's third level, Tunnels of Wadjet.

Anyone who’s watched Cats the musical will take great pleasure in tracking down and shooting Strange Brigade’s many Blue Cat Statues. Each level has six to find, and breaking them all in a single run will open the door to a secret room filled with cash and a golden cat collectable. We’re on to level three now, which means the cats are getting harder and harder to spot, but never fear as we’ve already got the full set for you. Here’s every Blue Cat Statue location in the LEVEL for Strange Brigade

(Looking to start from the beginning? Here are all the Blue Cat Statue locations for Harbin's Dig Site.)

The first cat makes its appearance shortly after you drop into a room filled with gold. Exploring the cave ahead you’ll find a large chamber with a rotating panel puzzle. The cat should spawn on a small outcrop close to a pathway out on its right.

The second cat statue appears when you reach a small campfire in a curving tunnel that leads round to the right. The cat will spawn behind you as you run through, so turn round once you’re past the camp and look for the cat next to the wooden walkway.

The third cat statue is hidden in a particularly fiendish spot. When you enter a vertically large room with a staircase up to a campsite directly in front, you’re in the right place. As you walk up the stairs, the cat will spawn high above you. Turn around and look up to see it sitting on a tree that’s growing inwards from the wall.

Cat Statue 4 is in the sequence of trap-ridden hallways. As you reach the campsite at the corner with the swinging axe traps ahead, turn back and the cat will spawn on the right hand wall of the previous hallway.

You’ll find the fifth cat in the large room with snakes coiling round the pillars. Looking towards the far end with the large statue of (presumably) Seteki’s face, the cat will appear up on the top right of the archway behind the statue.

As usual, the sixth and final blue cat statue appears close to the cat shrine door, or in this case, directly on top of it. Once you pass through the doorway under the Seteki statue head from Cat #5, head right in the large room and up the stairs. The cat shrine door will be round to the right here with the final cat on top of it. Shoot it and enter for your reward.

With all the blue cat statues found you’ll have earned yourself another chunk of money and the next golden cat statue, excellent work out there Brigade! Of course, Blue Cat Statues aren’t the only collectables out there for you to find. Strange Brigade also has a selection of fiendishly hidden Blue Vases to hunt down. We’ll have guides up for them soon, so check back again later with us here at AllGamers.