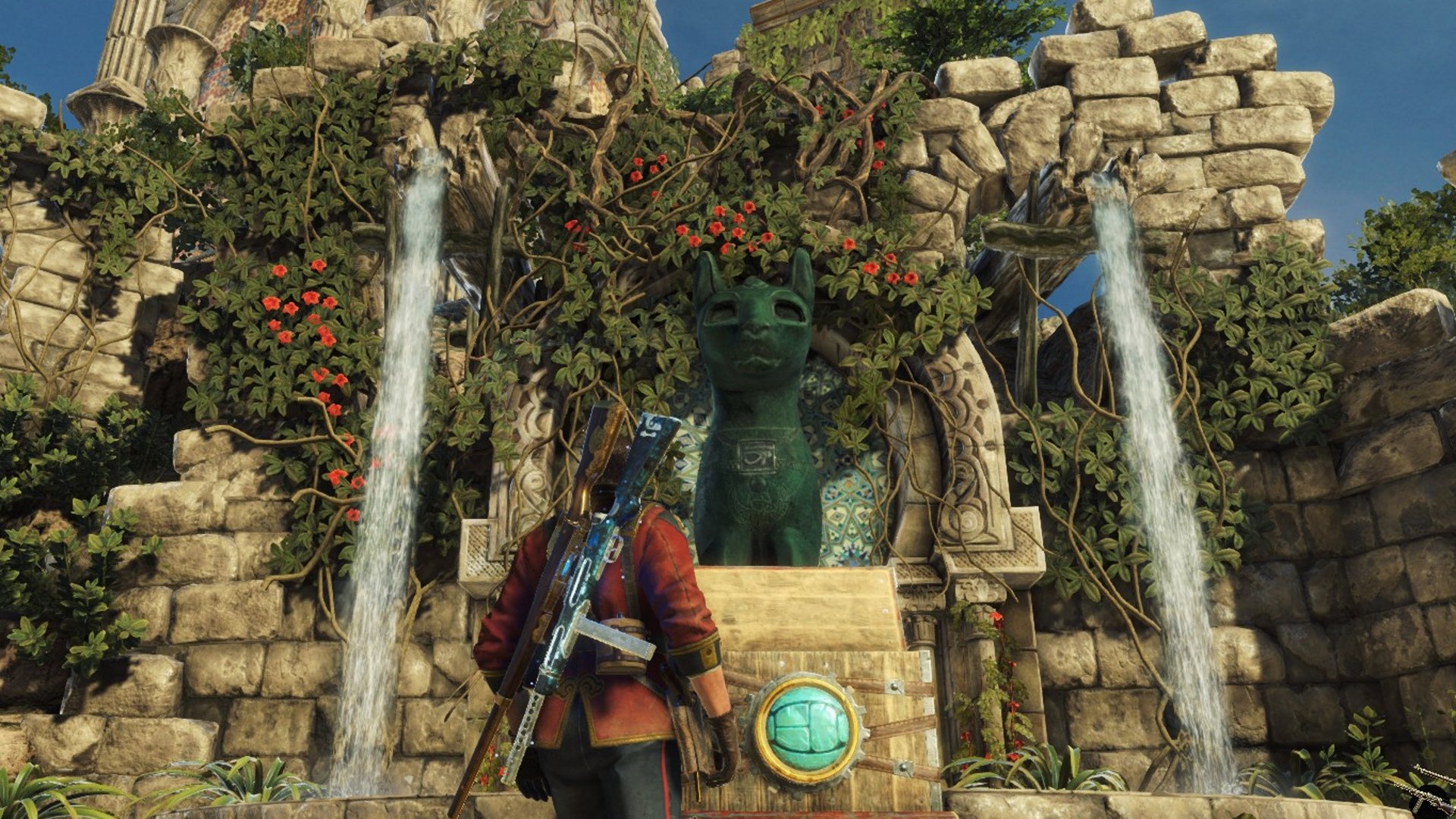 The Strange Brigade may offer up to four pairs of eyes to help hunt down its many collectables, but that doesn’t mean they’re easy to find! Each level contains six blue cat statues you need to shoot. Securing all six will open up the door to a secret shrine room containing not just money and chests, but a golden cat statue collectable too. Along with relics and letters, these are one of Strange Brigades core collectables, so you’ll want to earn them all.

(Looking for the cats in the first level? Check out our Harbin's Dig Site Blue Cat Statue guide...)

The cats announce their presence with a mystical meow, but the further you get through the game, the harder they can be to spot. What’s more tricky is that you need to hit all six in a single run of the mission for them to count. To help you out, we’ve already sought out each statue to save you the trouble. Read on to learn every blue cat statue location in Strange Brigade’s second level: Hidden Valley.

The first cat can be found shortly after you open the first gate using the energy crystal beam. After fighting some zombies and crossing the bridge, the cat will spawn on a broken pillar on the left hand path.

The second cat appears when you are given the choice of path between the high and low ground. No matter which path you take (the upper path is simpler) you will need to fight some zombies before reaching the ruins of a tower with lots of hanging cages. The cat will appear in a window to the left of the path forward.

After the first scarab mechanism fight in which you face the ghouls which teleport in red mist. Head up the staircase that opens to the energy crystal. Looking past the crystal, the cat will be hidden in an alcove on the right.

When you pass the jammed axe-trap door you’ll enter a space with several pillars, one with a series of switches to shoot. The cat won’t appear until you start to head up the staircase in the back left of the area which leads to a campsite and radio. Head in this direction then turn round and you’ll see the cat appear on top of the low pillar.

After the second large scarab fight near a swamp in which you lower a bridge, you’ll pass another campsite. To the right of the bridge in front, the cat will appear on top of a pillar in the water. You should see a weapon box in the distance behind it.

As usual, the final cat appears directly before the cat door itself. On the middle level of the stairs with minotaur statues there should be a path to the right. The cat will appear on the first archway on the left here. Follow this along to enter a particularly large cat shrine with a number of chickens in. Shoot these for an extra bit of cash!

The cat shrine at the end of Hidden Valley is particularly generous with its rewards, so enjoy the extra cash and gems offered! We have plenty more Strange Brigade guides on the way, so check back again soon for more collectable locations.

The next level in line for the Brigade to conquer is Tunnels of Wadjet, and you can find the guide for all the Blue Cat Statues hidden there right here!