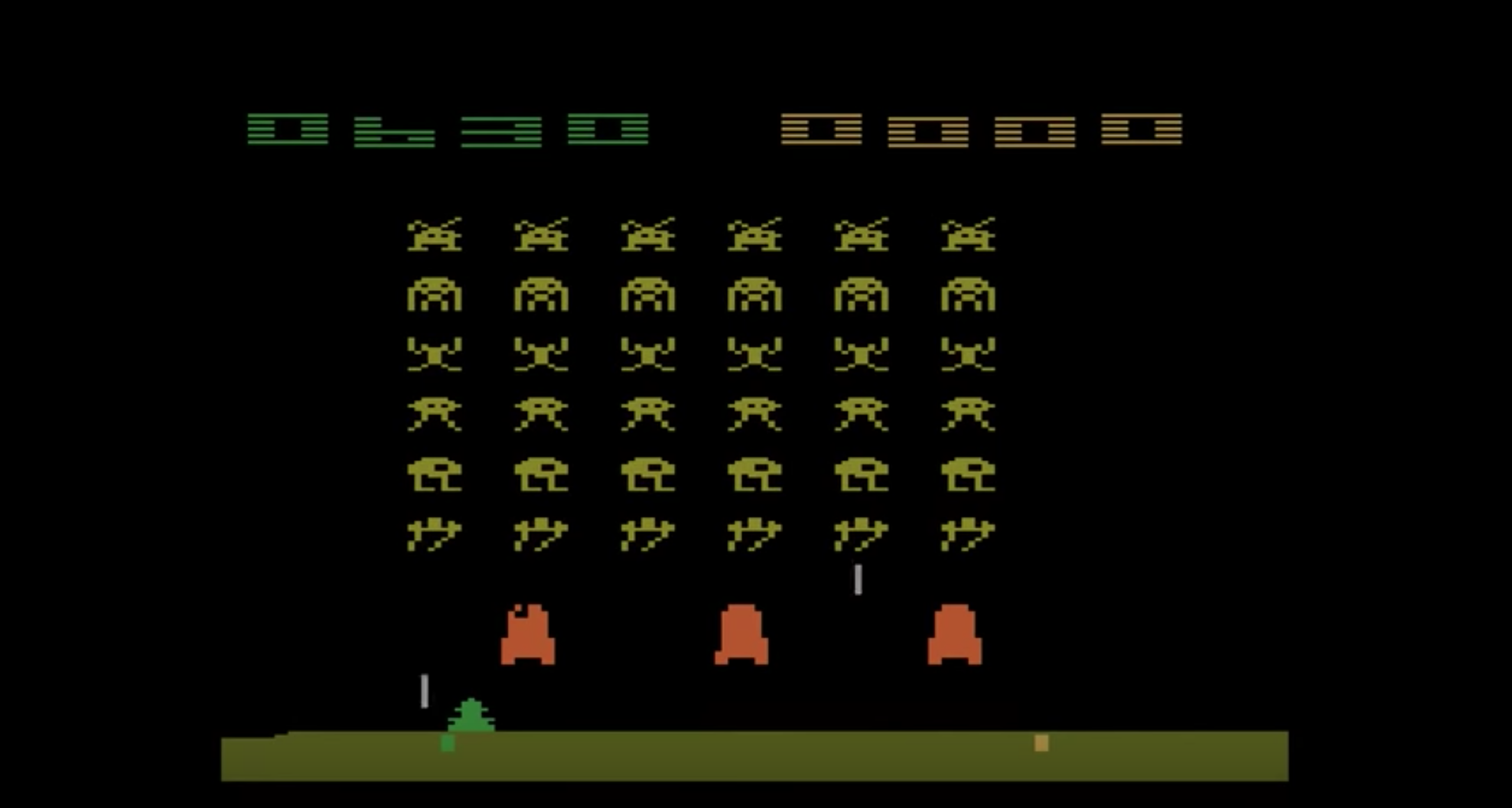 40 years of Space Invaders: Witnessing the birth of a legend

I was there. This is what it was like. There was nothing like it before, let’s start with that.

In the summer of 1978, a coin-operated video game called Space Invaders was distributed to game centers (arcades) across Japan. The impact on society couldn’t have been more incredible had actual visitors from another world arrived on our doorstep. One month later, the Space Invaders craze went global. Long story short, you would not be playing Fortnite today were it not for phenomenon that took place in the summer 1978. This was the arrival of gaming.

Birth of a star

I played Pong and a bunch of tennis variants on old TV Game systems in the 1970s before Space Invaders. That was amusing, and more interesting than Battling Tops. It made the TV do something it hadn’t done before. We crowded around it, we kids, and a few grown-ups who soon lost interest, but it was all too easy to put down and go hunting for cake instead.

Electronic toys in the 70s were already a thing. We had Operation and Electronic Battleship. They were, basically, toys, including stuff like the Coleco Telstar and its ‘hockey’ or ‘tennis’ iterations of monochrome bat and ball. There were Breakout cabinets appearing in resort arcades, but, again, nothing more than temporary distractions. Not life-changing, y’know.

Space Invaders, for as many bad reasons as there have become good, did change our lives.

There were a handful of things Space Invaders did that drove everyone crazy 40 years ago, which video games have become very successful through honoring ever since. First of all, this was a firing range boasting FLAWLESS user interface and AMAZING tactile feedback. Next, it had a cool sci-fi narrative that excused the blackness of space and ghostly white alien horde, simplistic sound effects of the missiles and ominous other-worldly boom that resonated through the floors of wherever these Space Invaders cabinets were installed.

Most people heard Space Invaders before they ever saw it. And you had no idea what to expect before peering into the hooded cabinet. I was 9-years-old at the time and needed to stand on tiptoes to see the whole thing – my face an inch from the screen, that was warm.

Space Invaders was the easiest game to play, with bare-bones mechanics, that everyone understood would increase the challenge simply by increasing speed. It was like trying to play a riff by Kiss, kickflip a skateboard, or catch a stack of coins balanced on your elbow. You start off slow, and see how fast you can get it. The faster it gets, the more exciting! Dodge and shoot, but each time you score a hit the stakes are raised, requiring strategy.

You could become good at this. You wanted to become good at this. But how good? That came down to how much small change you could spare, initially. After that, while waiting for your turn, we started to witness other local kids and grown-ups that seemed to have a transcendental connection to the machine. You could watch everything they did, but that didn’t mean you could do it too. Crowds formed. Idiots were harassed off machines. There was a hierarchy, and a mutual, though begrudging and barely formed, level of respect among the players.

The dawn of competition

There was a personal need, from out of nowhere, to become great at this thing and almost anything else like it. Because of Space Invaders we got Galaxian (1979), Phoenix (1980), and Gorf (1981), all eagerly devoured. There came a desire to impress the person standing next to you or behind you, to prove that you were a real contender at this new thing. It’s likely there would been only one Space Invaders cabinet in your town if you lived outside the city, and every guy that could spare coin was looking to feed this to Space Invaders of a wasted afternoon or weekend.

It wasn’t direct competition like we have now, on the scale of Fortnite or Overwatch or any other esports game since League of Legends. It was, however, a competitive environment centered around a bright-and-colorful, insidiously balanced gaming platform the manner of which we had never encountered before, nor knew how to channel into our daily routine.

Not since The Beatles and Neil Armstrong had there been a worldwide obsession. According to my Dad. Space Invaders was a dumb thing to be getting into, though. Unlike The Beatles.

A lot of what was around in the late 70s is a blur to me, since I was only a kid, but of course I remember Space Invaders as fondly as Star Wars or Bohemian Rhapsody and Hubba Bubba. Doesn’t matter what it means to me anyhow, since Space Invaders was a defining moment in entertainment history. Anyone with an eye on the news had a clue about Space Invaders. It put videogames on the world stage, and without a doubt opened the door for the likes of Pac-Man, Defender and Donkey Kong to explore the concept of mainstream video gaming.

This, in turn, led to a new breed of home video game console, most famously the Atari 2600, which brought officially licensed versions of Space Invaders and Pac-Man to the living room. We’d watch Travolta and Newton-John perform songs from Grease on the chart show, then switch to the UHF Channel on the TV to play arcade games for the rest of the evening until ordered to bed. As much as we love the story of how Nintendo saved the gaming universe, after Atari ran its business into the ground, there’s no denying that NES needed the late 70s and early 80s’ runaway success to show the way forward. Nintendo gave rise to PlayStation; then PlayStation inspired Xbox, and on and on. This all began with Space Invaders.

So many video game trends started here, including the first blockbuster sequel in 1980 – imaginatively called ‘Space Invaders II’ (pretty much the same deal, but in color). Countless versions of Space Invaders have, of course, been released ever since, including miniature fully-functioning cabinets to a colossal Space Invaders Frenzy installation from Raw Thrills.

It would take another few thousand words to explore why the heck Space Invaders is STILL FUN to play after all this time. We’d also need a psychologist in on the act, but that would only break the magic. Everyone should play original Space Invaders this month in honor of a legend, and the reason we are all here. Actually, it feels incredible to be still writing about it.