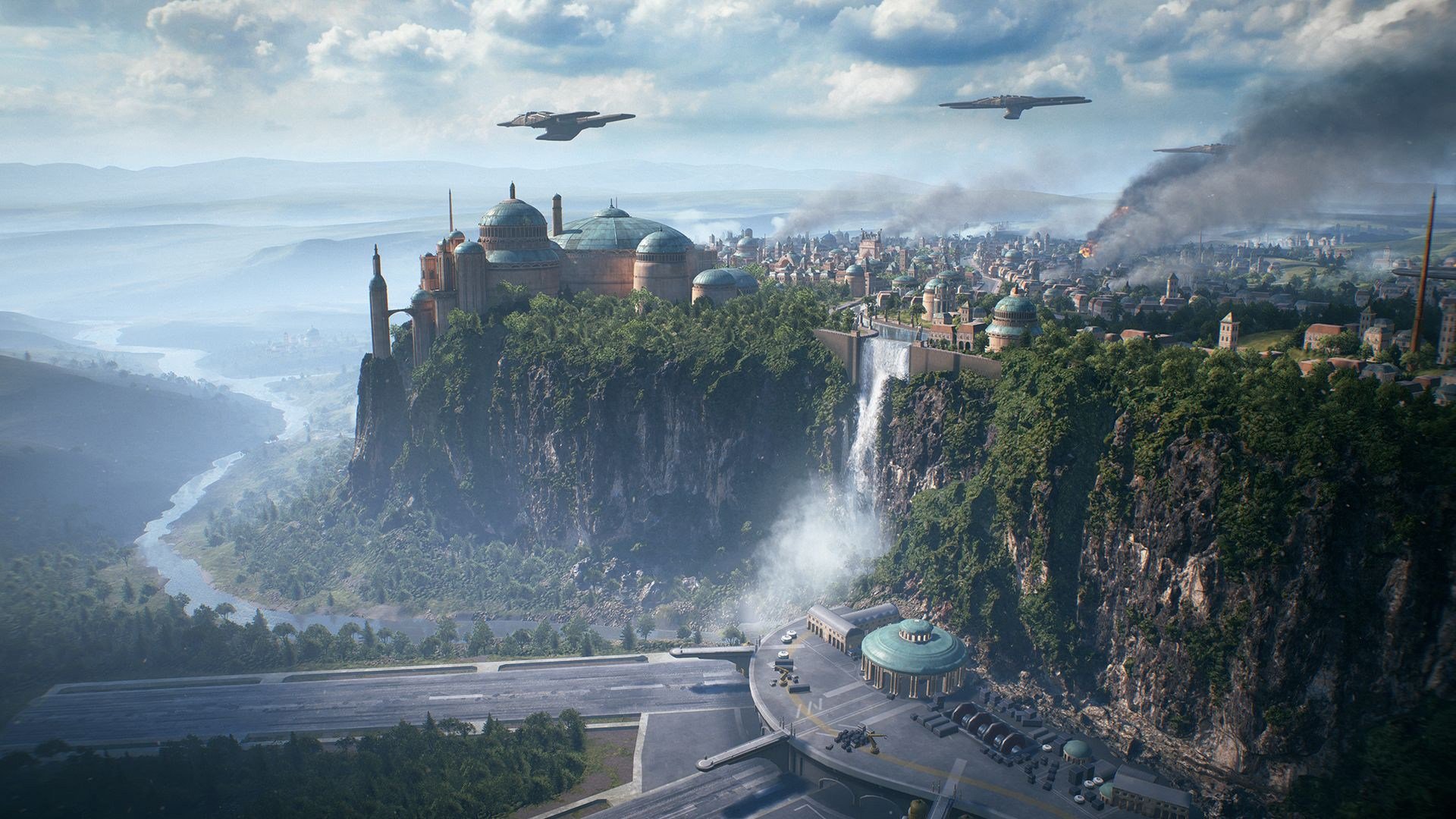 Star Wars Battlefront 2 has met with mixed reception, no doubt thanks to a bungled launch rife with pay-to-win fretting and Disney-enforced u-turns. But once you’re deep into the interstellar action adventure, there’s another, more insidious dark art at work than mere microtransactions. Battlefront 2 has weaponised your own nostalgia for the Star Wars universe, and it’s actually amazing.

Drawing on what made the series great is nothing new for Star Wars, which after a pretty significant misstep in the prequel trilogies has sailed much closer to safer shores. Little tips of the hat and callbacks to the much-loved original trilogy has seen the latest revival of Star Wars in cinema and on consoles described as everything from loving tribute to self-plagiarism. But Battlefront 2 rides the line much closer than even The Force Awakens, thanks to its position in the timeline.

As with any other Star Wars story, planet hopping is Battlefront 2’s main storytelling vice, jumping into new environments to stage a firefight and keep the story moving forwards. Thanks to it taking place in the aftermath of the second Death Star’s destruction, there’s plenty of chances to use settings from the original trilogy and the latest films too, with the “true” ending even being held back for a free update after The Last Jedi releases this Christmas.

This gives Battlefront 2 access to Endor, Takodana, Bespin Cloud City and even Naboo. It’s like a pick and mix of the series’ best locations, providing backdrops that bring up fond memories of Star Wars’ greatest hits. The Phantom Menace might not have been a great film, but Naboo and its capital city of Theed were one of the few glimpses we got into civilized urban life in that universe. Seeing AT-ATs storming relentlessly up the main boulevard toward the palace also drags up feelings from Battlefront’s best map on Hoth, itself an all-timer thanks to Empire’s place at the top of the league table of Star Wars films.

Of course, the scientifically quickest route to memory is by smell, but since we’ve not invented smell-o-vision yet (pls 2017) DICE have opted to go for the second fastest route through your ears. From the bleeps and bloops of droids to the guttural roar of pod racers, the Star Wars universe is full of unique and instantly recognisable sound effects. Battlefront 2 doubles down on this aspect of the cinematic experience with more soundscapes than you can shake a lightsaber at.

It’s remarkable that almost half a century later, people would still go wild over the work of a foley artist smacking high tension wires with a wrench, but the lasers of Battlefront 2’s numerous guns and vehicle turrets are all immaculate. Entire teams at DICE have been dedicated to exactly replicating the noise a stormtrooper’s E-11 Blaster Rifle makes, and they’ve succeeded so wildly that it might even be the best sound design in a game this year. But it’s not just about making guns that sound good, it’s about making guns that sound as good as the ones in the good things you remember.

Star Wars’ recent predation on the soft, gooey part of your brain that remembers the fonder moments of life isn’t exactly to the detriment of the films and games that abuse it. The Force Awakens might be an act-for-act retelling of A New Hope, but its characters still have interesting stories ahead of them. Battlefront 2’s love of rehashing old with new is equally saved by telling a story from the Empire’s point of view, at least for part of the game.

Iden Versio isn’t exactly the most fleshed out character in gaming, but her arc provides plenty of touchpoints for Jedi wisdom to ring true. There are moments of faith, questions of moral superiority, ethical tests, and every one you could imagine Obi Wan’s voice reverbing its way into our hero’s head to reinforce some theme or other of the game’s story. That’s how Star Wars Battlefront 2 operates, not lifting anything wholesale from its cinematic legacy, but matching the background so much that it wouldn’t seem out of place if your brain somehow transplanted it there instead.