The series is taking some time out. 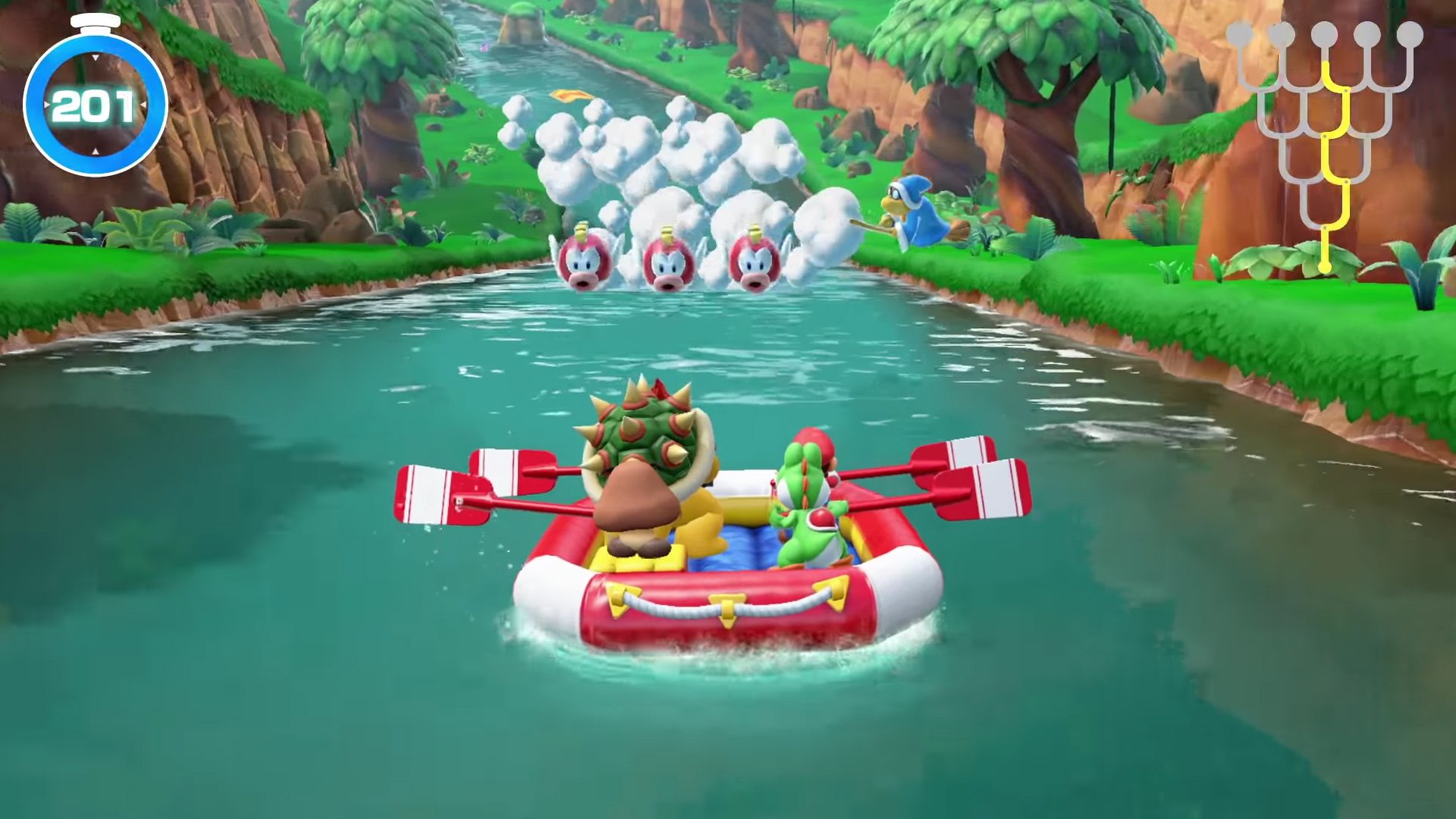 Nintendo has revealed one of the new events you'll be taking part in when the new Super Mario Party launches for Switch on October 5.

River Survival Mode differs from most Mario Party games in that it's a co-operative event, in which players have to work together rather than competing against each other. Four players, each using a JoyCon controller as a virtual oar, must coordinate their movements to steer a raft down a river which quickly goes from gentle stream to raging rapids. Along the way you can hit balloons, which trigger mini-games during which the team can earn extra time with which to navigate the river.

You can see it in action here.

The river motif isn't new to the series, of course, and there are echoes here of the King of the River game from Mario Party 7 and the Rapid River Race in Mario Party 10. Making it a team game gives it a fun new twist, however, and there are plenty of delightful Nintendo touches to watch out for - such as the way players can use the JoyCons to make their characters high-five in the game.

If the other party games are as inventive and charming, it looks like Super Mario Party could be another must-have addition to the Switch line up.