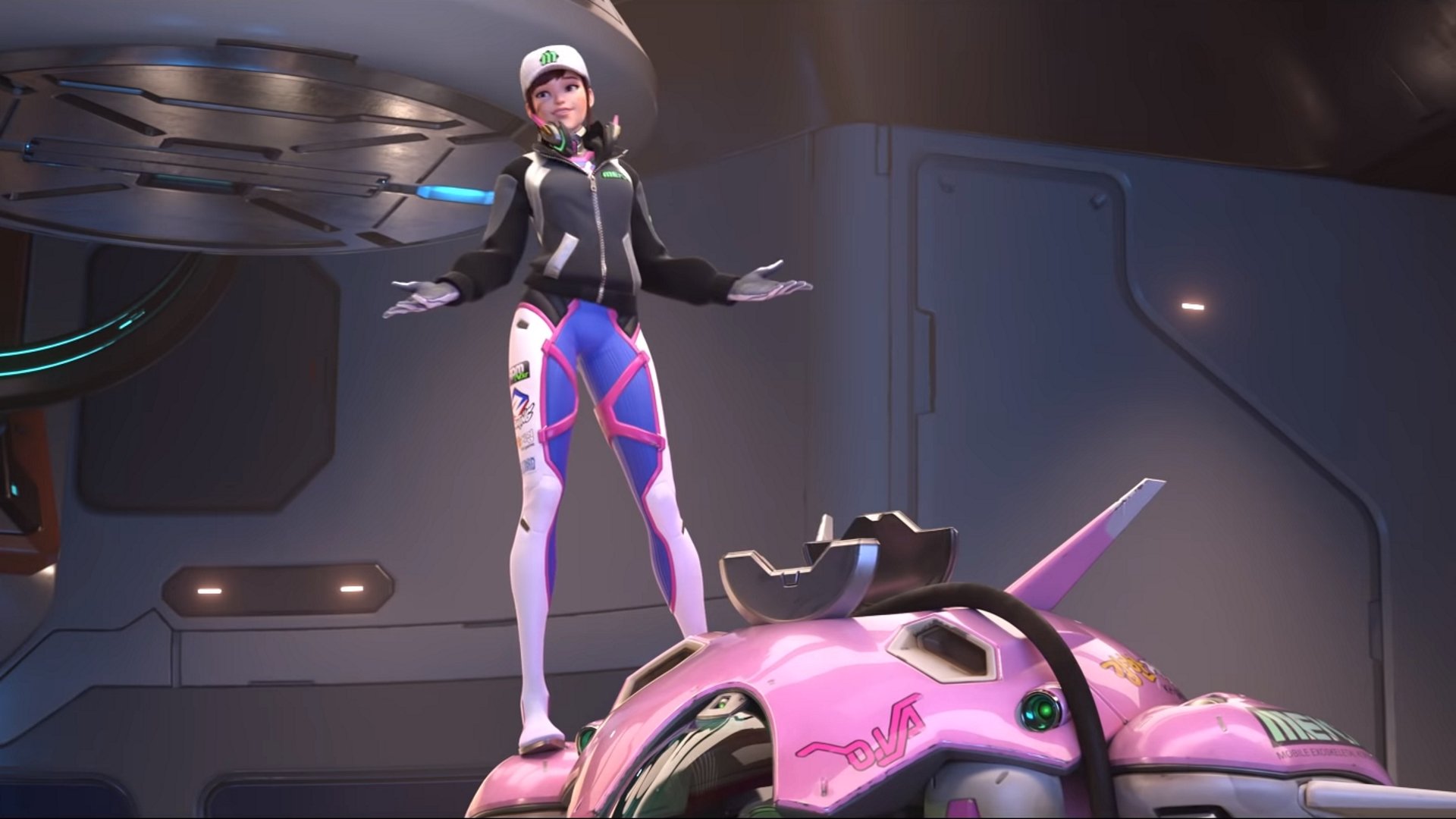 The Control map type will take us through downtown to D.Va's MEKA base.

The latest Overwatch Short is "Shooting Star" and follows the backstory of D.Va.

The CGI video gives us a glimpse of D.Va's life outside of battling in Overwatch, and the pressures she faces working in defense of her country. D.Va and a pal are at work and avoiding the crowds in her MEKA facility when an Omnic attack force threatens Busan. D.Va has to rise to the occaision, taking her trusty mech out for a spot of mid-air combat.

Work in tandem with a friend, we see D.Va's self-destruct ultimate developed on the fly as a last ditch method of defence to stop the robots from reaching the city. As we've come to expect from these shorts, the CG quality is spectacular, making another nice addition to Overwatch's catalogue of character background videos.

Of course, half the fun of watching these shorts is in seeing the inventive outfit design Blizzard's artists show off. We really hope we'll be seeing a Mechanic D.Va making its way into the game before too long.

The short isn't the only new feature Blizzard has released for Overwatch as part of Gamescom/Korea Overwatch Fan Festival. As a reward to the dedicated Korean player and fanbases, the next map to arrive in the game will be Busan, a Control level set in South Korea's second biggest city.