The 'Shooting Star' cinematic was debuted as part of Gamescom and the Korea Overwatch Fan Festival 2018. 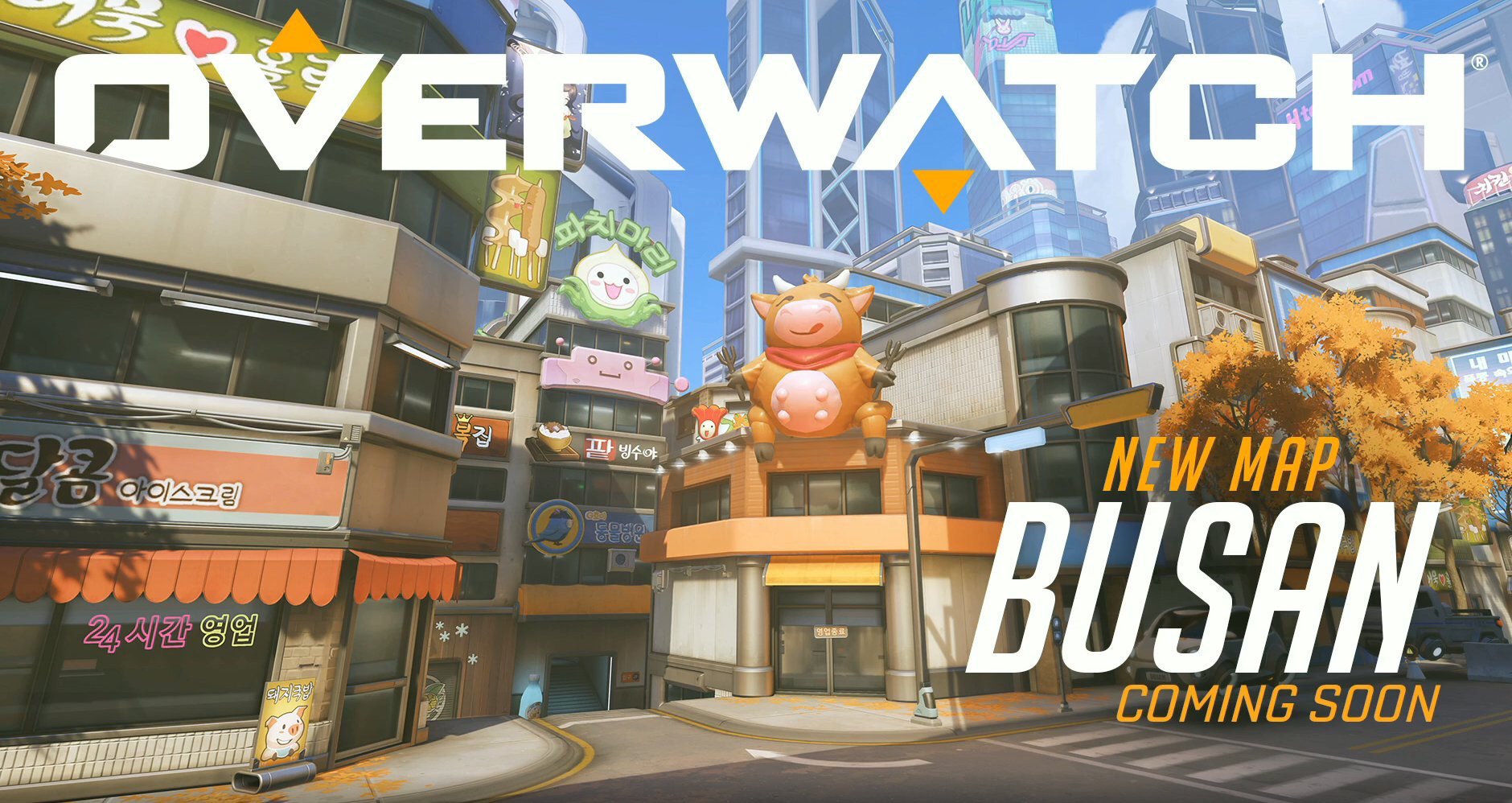 Overwatch's new Busan map, unveiled at Blizzard's Gamescom presentation today, is a Control map set in the heart of South Korea's second most populous city after capital, Seoul. And it's on the PTR already!

To link in with the animated short of D.Va's esports origins, Busan will take us through three distinct districts of the coastal city, leading us to the center of the country's futuristic mechanised defence force.

The first control point, Sanctuary, shows off the historic side of Korea's largest and oldest port city. The next point, Downtown, contains all the trimmings of modern day life including a PC bang (LAN cafe) and rail station – and watch out! The train is dangerous!

The final capture point is the MEKA Base, home to D.Va's living quarters, alongside the rest of her MEKA squad. The point features a set of retractable barriers that provide dynamic cover for defenders/capturers alike.

The control point has barriers that pop up and down about every 12-13 seconds. pic.twitter.com/wgdT15RMoh

Also one of the spawns in the downtown area is a karaoke bar, and if you spawn as Reinhardt on the PTR right now, you can interact with the microphone for...well....whatever this is.

on the new busan map, if you get the karaoke room spawn and you're playing reinhardt, you can use the interact button to actually do karaoke! thank you so much @PlayOverwatch pic.twitter.com/mmolw4GGwo