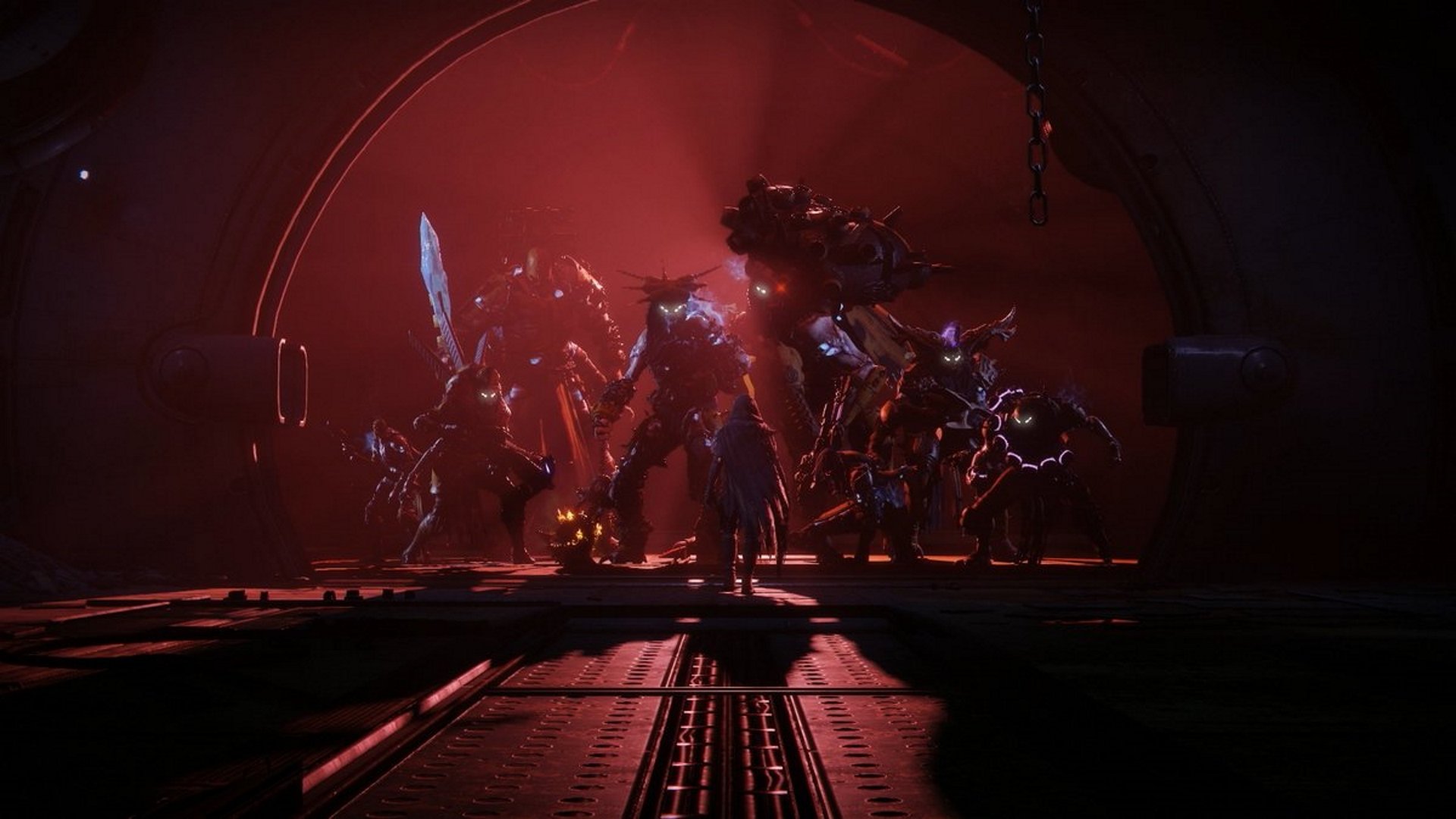 Leaks are always a shaky business in gaming, often from unreliable sources or created by folks hoping for attention. As such, when a source claiming to have inside information on Destiny 2's upcoming Forsaken DLC posted a lengthy list of details on Reddit last week, we took it with a healthy chunk of salt. However, Bungie has now released concrete details on Forsaken and they match up impressively well with the notes from the leak, even so far as listing matching names for new systems such as the Gambit Infamy ranking and the masterwork core and clan changes. As always that doesn't mean the other leaked details are correct, but it certainly grants a degree more credence to them. Here are all the key details included in the Destiny 2 Forsaken leak, so look away now to avoid spoilers!

Thanks to bungie's update post, we now know that Forsaken will bring a range of new events to dive into, including a brand new PvPvE Gambit mode which includes an Infamy rank. However, according to the leak that's far from all we'll be getting.

According to the leak, Forsaken adds a brand new raid called Last Wish in which you'll face a boss known as something along the lines of Dul Incaru. Bungie have never shied away from celebrating players who push through to finish their raids for the first time, and the leak says Forsaken will be taking this further by including a one-time challenge "to finish the new raid within 24h after its launch." If true, this will make for an exciting spectacle as players race to best the latest test of their fireteam skills.

Also listed in the leak are four new Strikes named Warden of Nothing, The Hollowed Lair, The Corrupted, and Broodhold. There aren't any details on what these will include, but all four will get their own Nightfall versions with additional challenges such as not taking arc damage in the final boss fight.

Finally, a new dungeon is supposedly on the way, dramatically named The Shattered Throne. Separate to the raid itself, this will be a hub for some new activities, completing certain missions here will work towards purifying a new armor set called Reverie Dawn in a similar style to how players are currently upgrading the Solstice of Heroes armor.

Besides the story, which even we won't spoil here (go read Ginsor's rough breakdown on Reddit if you're really keen), there will be a number of unique missions in Forsaken, including the chance to recover the Ace of Spades in a damaged state following the much teased death of Cayde-6. Players will have to embark on series of missions to restore the weapon to its former glory. Guardians will also be expected to do some housekeeping, hunting down escaped prisoners who will have fled across Destiny 2's worlds. These could form part of public events, patrol zones, lost sectors and more.

Playing a part in the story of Forsaken, Petra Venj is also listed as returning from the original game. She'll be able to offer special bounties and task players with different challenges when completing them

Last of all are the oh-so-important cosmetic additions. Bungie has already teased some entertaining emotes players will be able to do, but the leak also lists new ghost shapes which include something "similar to an override frequency" as well as fallen-themed ones and a few other shapes. We'll also apprently be able to get a Taken-themed sparrow to show off on the racecourse. No doubt there will be more, but that's as much as the leak included. There are also a couple of details on the new Collections system that'll help you track which items you do or don't have. Apparently this will also include achievements from the original game for console players, including details like whether you transferred your character over to the new game.

Those are all the major details from the leak, but you can read the full post from last week to find out even more that could be coming. It's worth stating again that none of these details are certain, and Bungie could certainly have changed a number of features prior to launch. Check back with us later for more details, and keep an eye on the Bungie blog as they slowly feed out more and more information on Destiny 2 Forsaken.