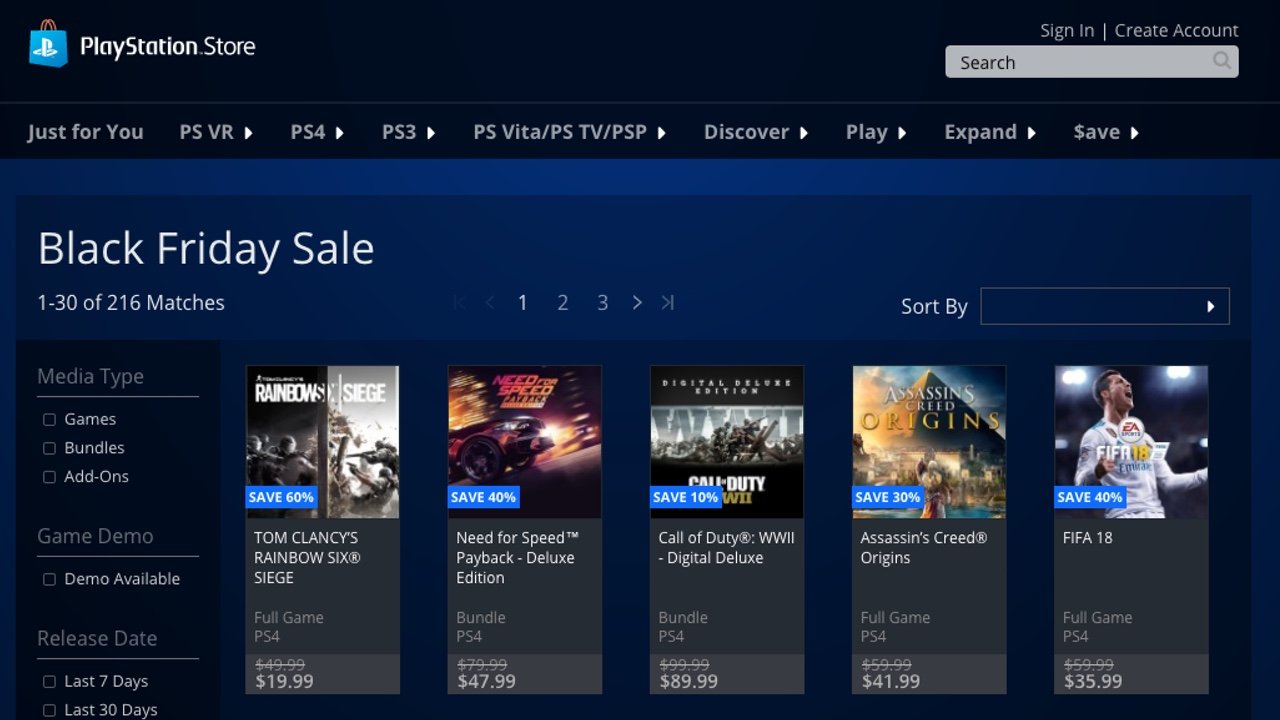 Sony opens up PlayStation Black Friday sale for everyone

President says it will explore new IP and rebooting past titles for Switch.

After a few days of exclusivity for PlayStation Plus subscribers, Sony has now opened up its PlayStation Black Friday sale to everyone, and there are some serious bargains to be had on some pretty up-to-date games, as well as lots of back-catalogue discounts.

The full PlayStation Black Friday sale can be viewed on the web or through your console or mobile app, and we've selected a few of the best-looking deals below. There are 216 discounts in total, including games released in the last few weeks.

Probably the most eye-catching price drop is for Wolfenstein II: The New Colossus, which only came out on October 27 and reviewed very well, but is already cut to just $29.99 - a 50% reduction, suggesting early sales haven't been as stellar as the game itself.

Sticking with Bethesda, Prey for $19.99 also feels like a great deal, and if you haven't played it yet then Horizon Zero Dawn for $19.99 is a great opportunity to catch up on Guerrilla Games' best game.

Alternatively, if you're looking for something a bit more expansive then Assassin's Creed Origins and Destiny 2 are both down to $41.99 and, if you somehow still haven't played it, then The Witcher 3: Wild Hunt - Complete Edition for $19.99 is a cracker.

Here's some of the best PlayStation Black Friday deals: