Games as a Service – it's coming, ready or not

Stepping on the GaaS. 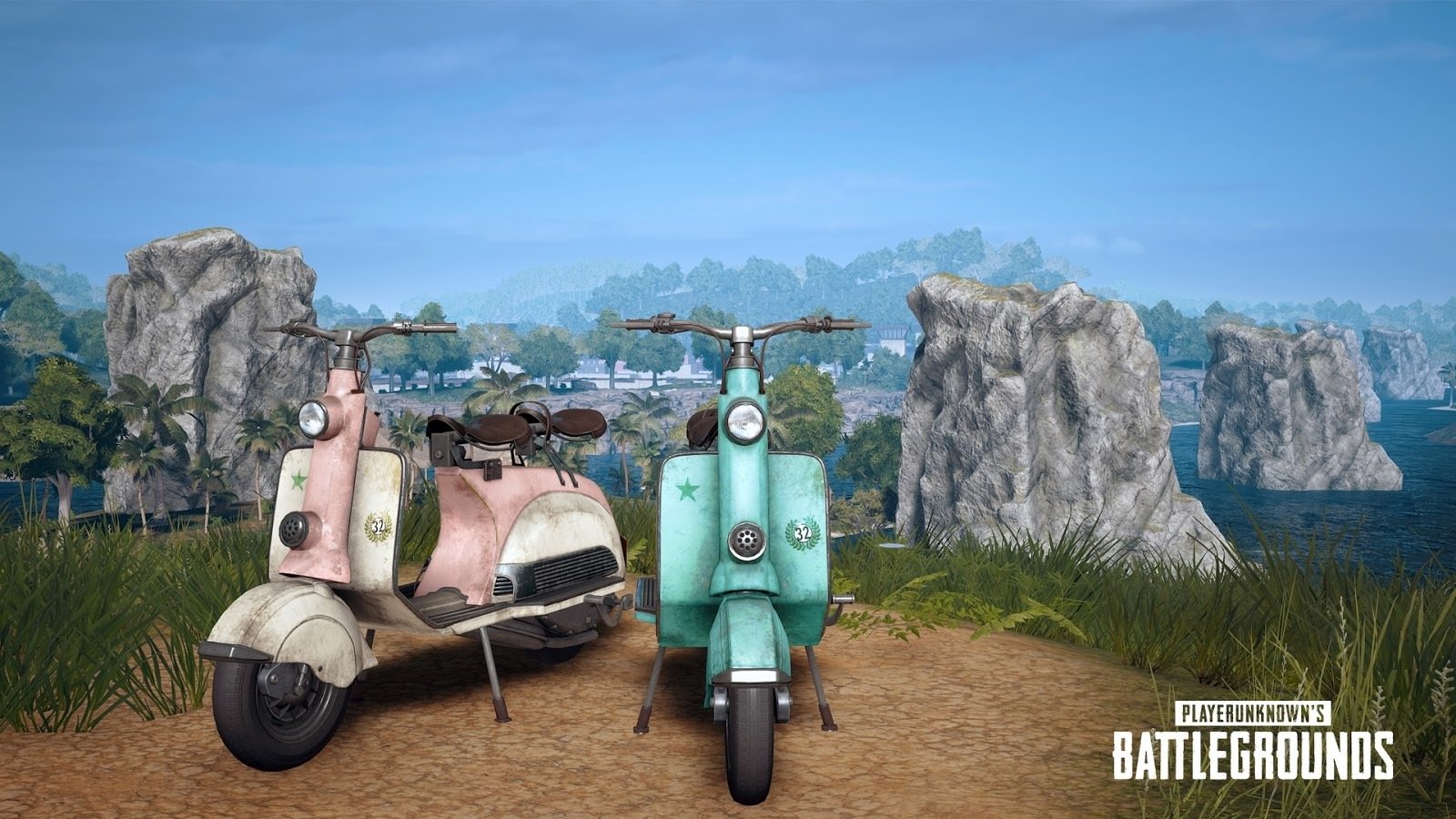 PUBG gets a new rifle, and a scooter for Sanhok

Arriving this year, no less.

PlayerUnknown's Battlegrounds Update 19 for PC brings in two new bits of content including a rifle and scooter, alongside a range of fixes to kick off the Fix PUBG campaign.

Detailed in a Steam Community post, the new additions include the Beryl M762 Assault Rifle, a fully automatic 7.62mm weapon which can be found on all three maps. According to the update notes, the Beryl deals less damage than the AKM (the only other current 7.62mm AR) but fires faster to reach a higher DPS overall. Provided you can keep your aim on target, of course. To help on that front you'll be able to attach both scopes and a grip.

The more exciting news relates to Sanhok, where you'll now be able to find a tiny, two-seater Scooter. It comes in adorable white or blue coloring, letting you live out all your scooter-fashion dreams. Sadly, the scooter's arrival means the end of Motorbikes on Sanhok, but that was probably for the best as we largely spent our time on them crashing into rocks on the hilly terrain.

New guns and vehicles aren't the only things stuffed into the patch however. Forming the start of the Fix PUBG campaign intended to improve user experience, updates from here on out will include a good number of bugs fixes and quality of life improvements. One of the most notable changes should help with PUBG's oft messy looting. Previously, when items fell on top of one another it could prove tricky to select the gear you wanted, resulting in a lot of time spend jiggling around until you're looking at the correct item. Now, the item currently targeted is highlighted by a thick border as shown below

For third person mode, it's also now possible to choose between a few different settings depending on your preference for the camera. You can now tell the game to always reset to over the left or right shoulder, or if you like swapping often, force it to stick with the side you last leaned towards. Additionally, following the likes of CS:GO and other titles, PUBG will now inform you when action has been taken against players you've reported, letting you see the results of your actions and feel that sweet, sweet karmatic justice.

Check out the full Steam Community post for all the changes and bug fixes in Update 19 which is now live for PUBG on PC.