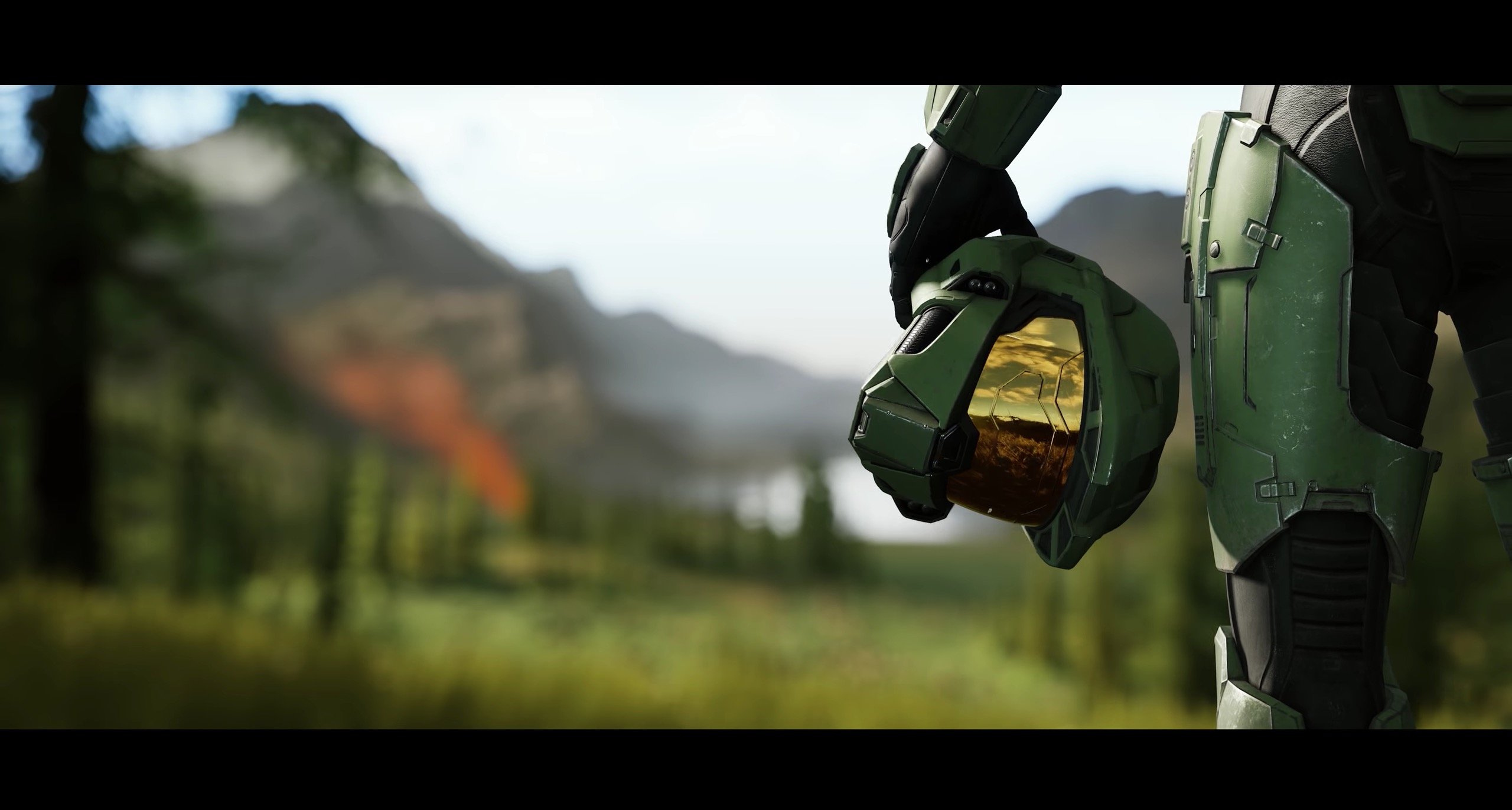 Among the video game Hall of Famers that endure, the Spartan-II super soldier John-117 has led us on some of the most impactful action adventures we’ve ever experienced. Better known as the Master Chief, this Mjolnir-armored, duty-bound hero at the heart of the Halo series has lent us his strength to face the unknown, bringing sheer determination and, at times, compassion.

Chief, we need you

Until Halo 5 Guardians, we had processed a 26th century interplanetary war from behind the Chief’s iconic golden visor, and through his thoughts as guided by sentient AI Cortana. Though many players were content to focus purely on the awesome combat capabilities of a walking, talking, humanoid tank, there have been many of us that grew closer to the hero through novelizations and in-game lore. Either way, Master Chief was essential to this story, acting as our eyes, ears and, well, our firepower. It’s for this exact reason that the Halo 5 Guardians campaign got it wrong.

By handing over the majority of the Guardians campaign to a comparatively regular UNSC officer, Jameson Locke, the essence of Halo was lost. No matter how selfless or competent Locke was in battle, or quietly charismatic in leadership, Locke hadn’t the core capabilities. More importantly, he didn’t have the history to make everything matter in the same way.

The reason for Locke

To quote Lois Lane: “You’ve got me. Who’s got you?!” With Halo 5, 343 Industries had a Master Chief story to tell but from a different perspective. A fellow soldier out there to protect Chief from himself. It was a noble idea, which in an ideal world would’ve given us reason to consider how the Chief’s tendency to ride his luck might end badly for humanity, requiring something similar to the Sokovia Accords that’s imposed upon Marvel’s Avengers.

We’d challenge anybody accusing 343 Industries of not knowing or caring enough about Halo lore. We would, however, suggest that between Microsoft’s need to push Halo hard as its flagship franchise, and 343 Industries aiming to impress the hardcore community, Halo 5 got pulled in all kinds of directions in an attempt to stay relevant. It borrows from Call of Duty and Titanfall, while dedicating a huge chunk of resource at being taken seriously within esports.

343 Industries may have taken a look at how Halo 3: ODST succeeded as a more relatable, boots on the ground excursion into the war between mankind and the Covenant. In a way, Halo 5: Guardians is Halo 4: Fireteam Osiris, with a nod to ODST in the form of Edward Buck. It would’ve been acceptable that way, leaving the next numbered, mainline, instalment to the Chief and Cortana. The performances are solid, with Mike Colter as Locke and Nathan Fillion reprising his role as Buck. That said, it’s asking a lot of fans to really care, or for casual players to have the first clue about SPARTAN-IV versus SPARTAN-II and the differences between them.

Without spoiling anything too much, 343 Industries did take a huge creative liberty with the development of the Chief’s AI soulmate Cortana. If anything, the way Halo 5 iterated on Cortana’s journey through rampancy was not only unexpected but improbable. Anyway, what’s done is done and there can be no turning back.

Perhaps 343 Industries looked at Cortana and decided to increase her role in more ways than one. Not enough people have read (or listened to Jen Taylor reading) the excellent Human Weakness by Karen Traviss, which connects us to the thoughts of Cortana. Most people have only ever observed Cortana as a naked, blue sidekick chick that deserves a greater role. While we believe the outcome was unfortunately ugly, it was obviously intended that way to fuel our desire for Halo Infinite, which brings us neatly round to our expectations of the Chief.

Everybody, including 343 Industries, knows that the Master Chief should be back where he belongs. Halo 6 desperately needs to recapture the visual signature of the series that we last saw in Halo 3, before ODST and Reach went their separate, boldly militaristic ways.

There are positive signs in the brief E3 trailer for Infinite, and 343 Industries has drawn our attention to the Chief’s reworked armor in particular. It looks closer to how we imagined an evolution of the Mjolnir Mark VI armor (worn by the Chief since Halo 2) might appear – not the one apparently upgraded by Cortana during cryo-sleep ahead of Halo 4. We’re also back on a ringworld Halo installation, which suggests 343 Industries is looking to evoke the wonder of Halo: Combat Evolved, and its sense of an open world to explore. But for us, it’s what’s on the inside that counts.

Halo: Combat Evolved kickstarted a voyage of discovery, featuring one of the greatest plot twists in gaming history. It inspired a terrific backstory penned by Eric Nylund, which gave the Master Chief his noble purpose. As players searched deeper into the game, honing the Chief’s Spartan combat smarts, we learned more about ancient Forerunners, whose world the Nebula Award-winning author Greg Bear has brought to life in a wonderful trilogy. The Master Chief’s persona combined with Cortana’s wisdom provided an ideal power fantasy, while stopping occasionally to consider what it all means. Explosive action balanced with moments of calm made Halo truly great.

The mission for Halo Infinite

In Halo 4 we got a cool story, but the action was far too linear. In Halo 5 we got improvements to the action, but the story fell short. In Halo 6, 343 Industries needs to impress the hell out of us with the Spartan-II legend that is the Master Chief, reminding us why a 7ft soldier in experimental armor is something to be feared — at least equal to the finest warriors of the Sangheili (aka the Covenant Elites). We need to be left in awe of the universe that Bungie created, and that so many others have enriched through myriad books and movies. Finally, we need to be given the satisfaction of sorting out the complete mess that is Cortana’s backstory. We’re not really asking for much.