Is there an Echo in here? 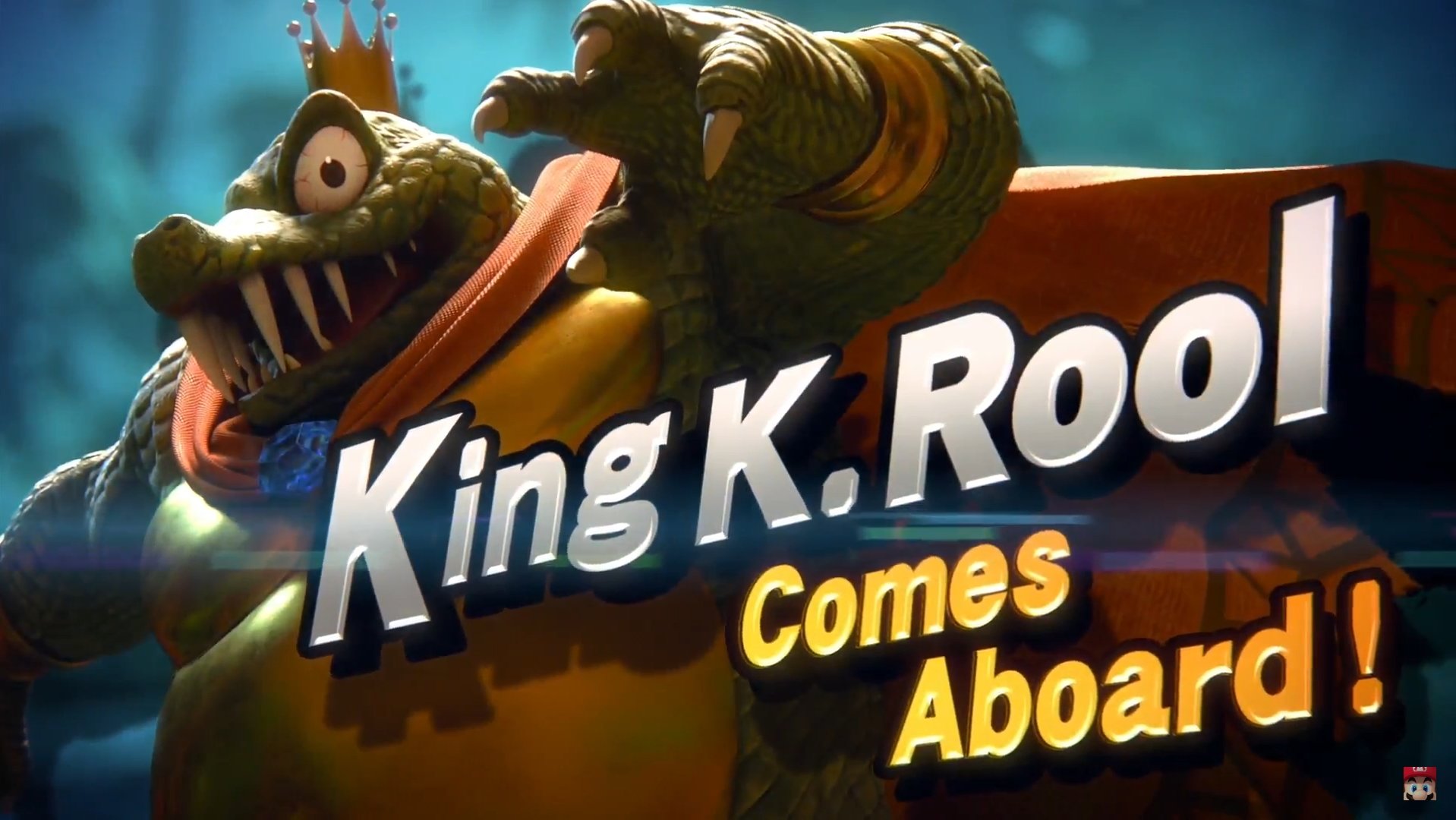 Not content with just announcing Castlevania's Simon and Richter Belmont as well as two new Echo Fighters in Dark Samus and Chrom, Nintendo has gone all out with today's Nintendo Direct, ending the reveal with the surprise addition of long-time DK series villain King K. Rool.

Despite not appearing for some time in the DK games, King K. Rool has remained a popular choice in online polls for which character to add to the game, particularly among Japanese audiences where he will no doubt be well received.

Appearing in a fancy intro where he takes down King Dedede, King K Rool is another heavyweight and appears to be equipped with an armored stomach capable of reflecting enemy attacks.

His moves appear to include hefty punches (one with a boxing glove) as well as a giant cannon ball gun. We get a short look at his final Smash too in which he uses a giant laser beam to obliterate his opponents all while laughing on his throne from afar. No word yet on whether once you beat him credits begin to roll only for the cheeky sod to get back up again for another round.

There was plenty more news from the epic Super Smash Bros. Ultimate Direct, check out our full roundup for everything new that was shown!