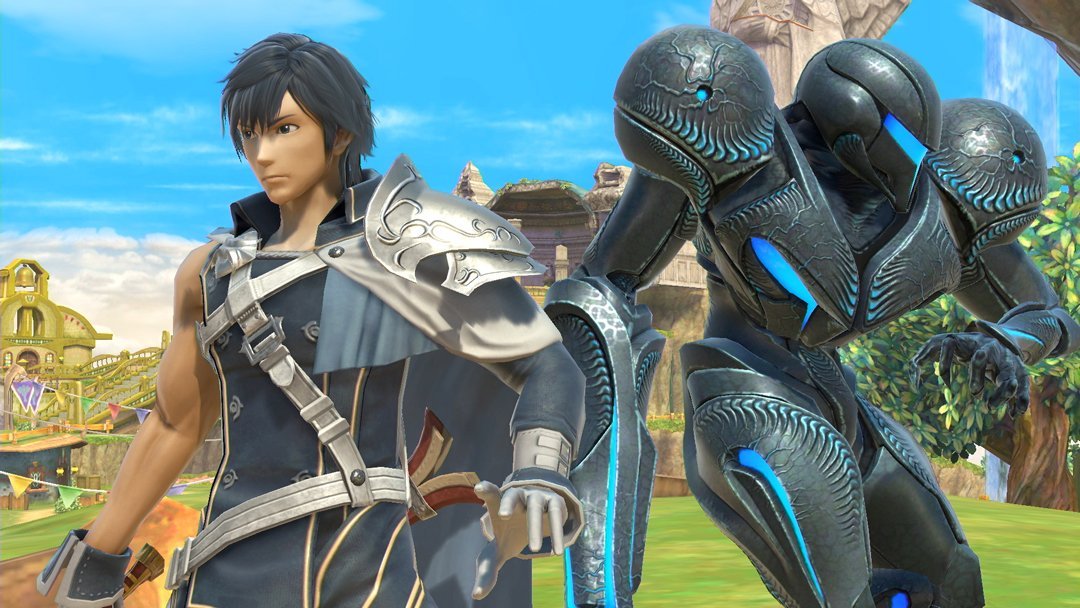 Been a while, crocodile.

An Echo fighter is built off the design of a core fighter, with their moveset tweaked slightly to change up the pace of play. Dark Samus is, rather obviously, an Echo fighter for Samus, while Chrom looks to be an Echo for Fire Emblem's Roy as a hefty damage dealer. The two add to the already announced list of Echo Fighters, bringing it up to a total of six including Dark Pit, Lucina, Daisy and the brand new Richter Belmont who appears as an Echo of Simon Belmont.

Chrom and Dark Samus join the action! These Echo Fighters are based on Roy and Samus, but they’re slightly different and have their own feel. pic.twitter.com/FmSDauIFaD

We only got a brief glimpse of each character, with Dark Samus hovering menacingly in the air while stationary, but otherwise looking fairly similar to the original design. We're expecting some Phazon themed attacks on her front following her appearances in the Metroid Prime series. Chrom looks like a faster version of Roy, with a touch of Ike thrown in for good measure. Including him, that brings the number of sword-wielding Fire Emblem characters up to six. Where is the love for our spear and axe warriors Nintendo?

There was plenty more news from the epic Super Smash Bros. Ultimate Direct, check out our full roundup for everything new that was shown!