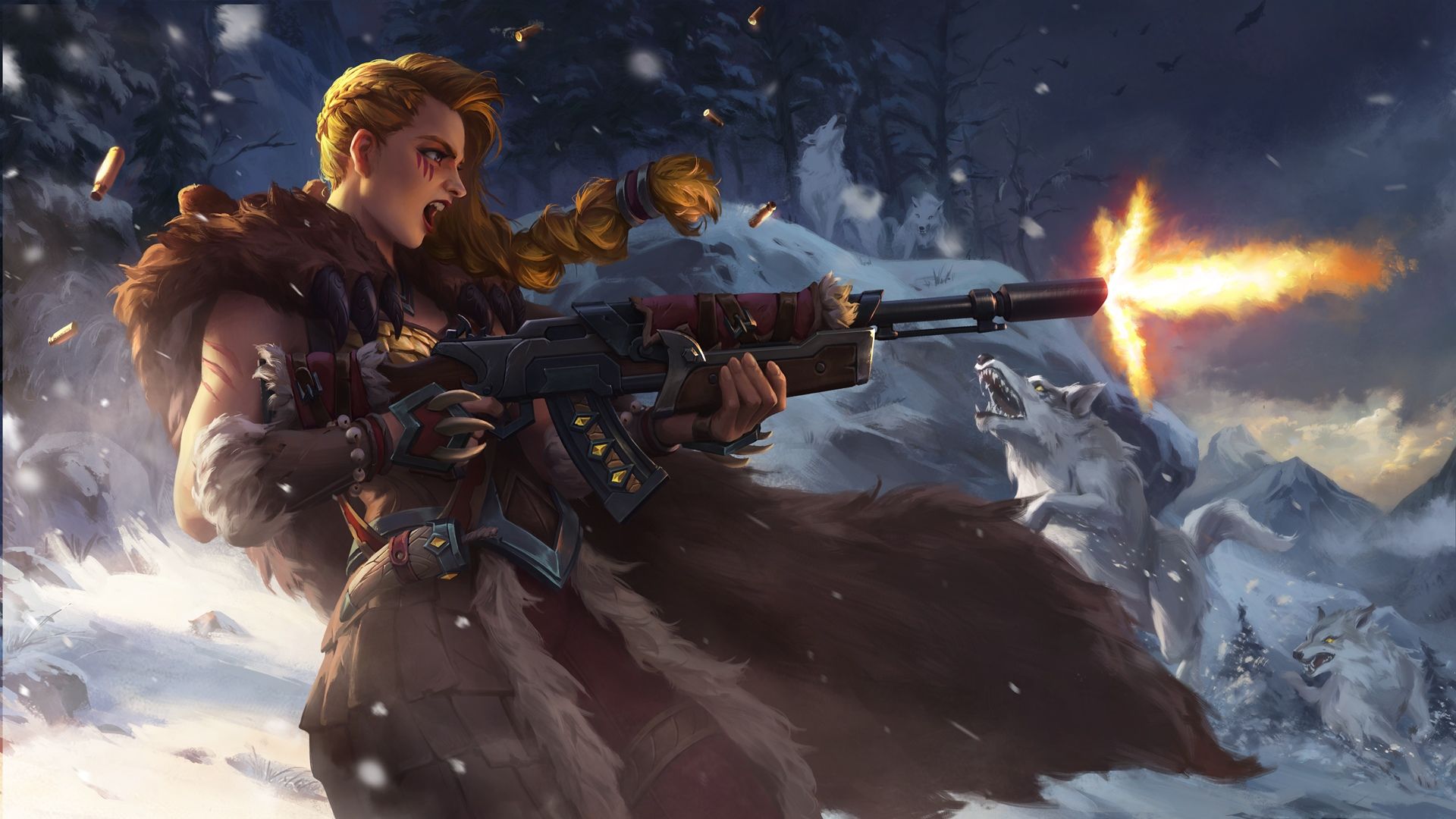 Following the release of Paladins on Nintendo Switch, gamers have been searching up the best deck builds for various Champions including Tyra. There are a variety of deck builds that “work” for Tyra (including her base build), with much of the deck structure boiling down to personal preference and play style.

Of course, if you’re new to Paladins or are simply looking for a deck to try out with Tyra, being pointed in the right direction certainly helps. That said, here’s a quick guide on how to build the best deck for Tyra in Paladins!

To know why the suggested deck build is effective, it helps to know Tyra’s skill set. In Paladins, Tyra comes with the following skills:

The reason why we suggested that particular deck build for Tyra is because it maximizes Tyra’s AOE attack, Fire Bomb. This can be extremely useful for dispersing enemies on a Payload or Objective. Additionally, it gives Tyra the ability to take less damage from her attacks, reduce cooldowns, and regen Health.

If you’re looking for an alternative deck build to the one we’ve suggested, you can also give the following Tyra build a try in Paladins.

This deck build changes Tyra’s play strategy to favor Hunter’s Mark and 1v1 engagements rather than AOE. It can be useful for players who like to play as an assassin, picking off enemies one by one. Additionally, it boosts Tyra’s basic Auto Rifle attack by increasing her ammo and damage output. No matter what deck build you end up using for Tyra in Paladins, the important thing is to use it to enhance the skills you use most.

Tyra is a damage champion, meaning she provides crucial team support by eliminating problematic enemies. She can be squishy when cornered, so try to launch Fire Bomb at clustered enemies, and avoid rushing in guns blazing. Let us know in the comments below how you prefer to build Tyra’s deck in Paladins, and what strategies you use to make the most out of this balanced damage Champion.

For more on Paladins, be sure to check out some of our previous guides including the best Paladins Champions to play in each class, the best deck build for Koga in Paladins, and how to disable Auto Purchase Items in Paladins.

By reading through this guide, you should now know the best deck build for Tyra in Paladins.