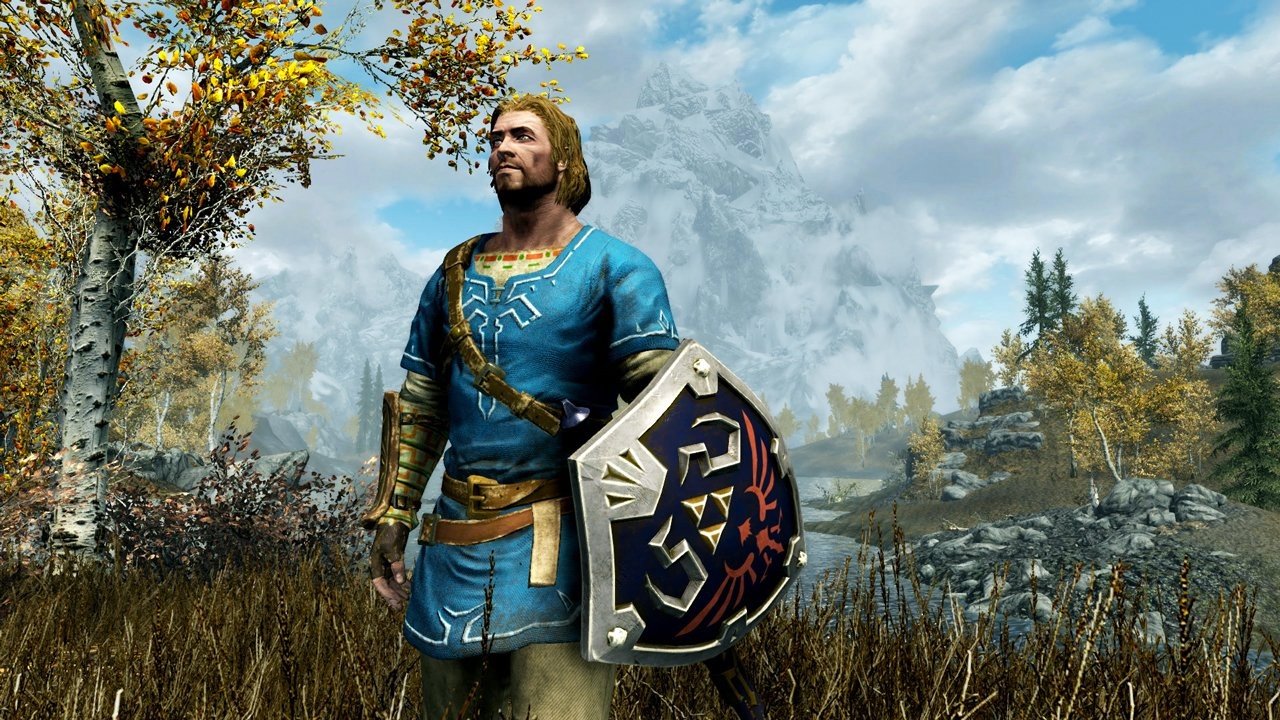 Way back in 2003, we were in Los Angeles when Sony unveiled its much-anticipated first entry into the handheld games console market. PlayStation Portable would let you take home console experiences on the go, and the possibilities seemed endless. Imagine starting a game at home and continuing it on the way to work or school!

The reality, sadly, was rather different. The power differential between PSP and PS2 and the cost of producing games for two very different media types (DVD and UMD), meant that publishers couldn't deliver that seamless experience. Instead we got half-baked ports, and most of the best PSP games were native experiences rather than extensions of home console games. When PlayStation Vita arrived many years later in a more flexible era of digital downloads and ubiquitous wi-fi, we got our hopes up again, but it was the same story.

Nintendo Switch, however, has finally delivered on the potential we first contemplated nearly 15 years ago. You really can take a home console game out with you on the go. This has been incredible enough with likes of The Legend of Zelda: Breath of the Wild and Super Mario Odyssey, but even though they are now hands-down some of the best portable games ever made, in a way we expected great Nintendo experiences. What about third parties?

In the end, validation of the concept comes from one of the least likeliest sources. Bethesda Softworks is not renowned for its support of Nintendo platforms, but there it was on the announcement stream: Skyrim, one of the best open-world RPGs ever made. Sure, it's six years old now, but this mammoth game is still wonderfully playable, and the idea of something this vast and uncompromising being played as a portable game feels psychologically different to Zelda or Mario. We kind of had to see it to believe it.

Well, we finally saw it this weekend when we picked up a copy and - we still find it incredible to type this - it really is Skyrim that you can carry around with you.

Playing the game for the first time, we had to start in portable mode, and after a quick day-one patch there we were: a prisoner in a rickety cart trundling down a country lane towards the town of Helgen, guests of Imperial soldiers who had mistaken us for rebels. One of our fellow prisoners, Ulfric Stormcloak, was bound and gagged to prevent him using Dragon Shouts, and because of our proximity to him and his band we were sentenced to death. We discovered all this from the conversation with other captives, and it was all there, exactly as it had been on PC, PS3 and Xbox 360 back in 2011.

Once in Helgen, of course, things go south very quickly. After one unfortunate soul is beheaded, it's our turn on the block, but then a dragon appears and lays waste to the town around us, leaving us to escape through the bowels of the city and through underground caves into the countryside to begin our adventure. Along the way, we're introduced to the basic mechanics: jumping, fighting, stealth and, of course, fighting a never-ending battle against encumbrance by looting everything and periodically dumping the excess.

From there it was on to Riverwood and small respite before our adventure points us towards Whiterun, but really at this point it's up to you what you do. Skyrim's leveling system is available and you can explore and grow as you choose, following the critical path to learn about your fate as a Dragonborn - and it's a good idea to do this a little way to gain some of the key gear and abilities - or just pootling around checking out the side content, much of which is as expansive as anything a traditional RPG would have at its core.

Going through all this again, we have to pinch ourselves occasionally as a reminder that, yes, we really are doing all this on a 6.2-inch 720p screen we're holding in our hands. At one stage when we get to Riverwood and settle down for a meal where our fellow escapee fills in some of the plot points, we take the Switch to our own kitchen to finish making a cup of coffee, and sit it up on its kickstand while we wrestle with the cafetiere. Later we climb the Throat of the World in the bathroom waiting for the tub to fill up. It's all rather surreal.

Of course, Skyrim is not the perfect game, and part of the nostalgia we experienced revisiting the land of the Nords was at the hilarious bugs and glitches that dominate the landscape. For every amazing sight of trout leaping upstream as you walk beside a river, there's going to be an egg spinning endlessly in place on your plate when you sit down for a meal, followed by bowls jumping up and down as some quirk of physics interactions can't quite settle down to eat. We haven't played far enough to tell you whether the infamous backwards-flying dragons are here, but in a way we would love to see one again.

Visually, Skyrim shows its age a little on Nintendo Switch - if you want to experience this game in the best possible way, you're still best advised to get the PC version and apply lots of its wonderful mods - but while the character models look a bit more angular than we remember and the textures somewhat muddier, the overall shape and scale of the world is no less magisterial, and that's the important thing.

Ultimately, Skyrim on Switch is more than just another way to play one of the greatest RPGs of all time. For us at least, it's a promise finally delivered upon; a wish we were beginning to imagine would never come true that we can hold in our hands. Being able to play proper games on the go without splashing out on a huge laptop is finally a reality, and Skyrim's arrival feels like the most meaningful embodiment of that to date.

We sincerely hope it's a success, because the back catalogues of other publishers are full of special games that would benefit from this kind of revival. The novelty of Switch makes almost everything fresh again, and long may it continue.