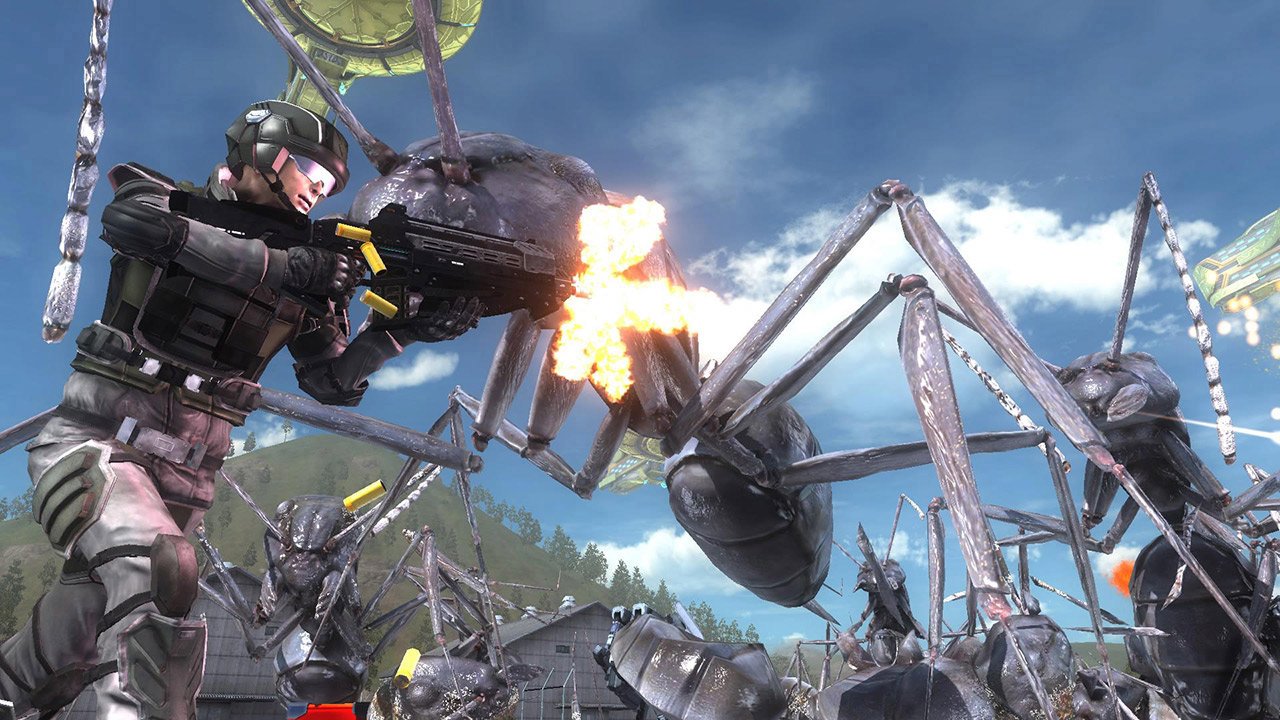 Catch up on which teams took the winner winner chicken dinner in PUBG's biggest event yet.

D3 Publisher has revealed that the latest entry in its beloved cult shooter series, Earth Defense Force 5, is finally getting a western release before the end of 2018. The confirmation comes in an English language trailer for the game.

For those who have never experienced the gonzo wonder of Earth Defense Force, it can be hard to understand what the fuss is about. This is a creaky third-person action game in which you defend the planet from over-sized ants, wasps and spiders, as well as UFOs and giant robots called Hectors.

There's no getting away from the fact that the frame rate is awful, the characters are stiff and the gameplay is simple...but the absolutely insane action is a delight, at least for those who grew up watching old Japanese kaiju movies on Saturday morning TV, as each increasingly manic stage leaves you with more and more powerful weaponry with which to take down the next overwhelming wave of attack. It's a gonzo monster B-movie and you're in the thick of the action.

Need more convincing? Look at this.

Earth Defense Force 5 came out in Japan last December. The western release is due on PS4 and Xbox One at some point this year - the PlayStation Store has it listed for December 31.

All pre-orders will get bonus DLC including a decoy weapon which spawns a singing and dancing battlefield distraction, the Volcanic Cracker Wing Diver weapon, and a shiny gold exoskeleton. You can also opt for an $89.99 "deluxe edition" which comes with even more bonus weapons, a console theme, and access to bonus DLC mission packs.