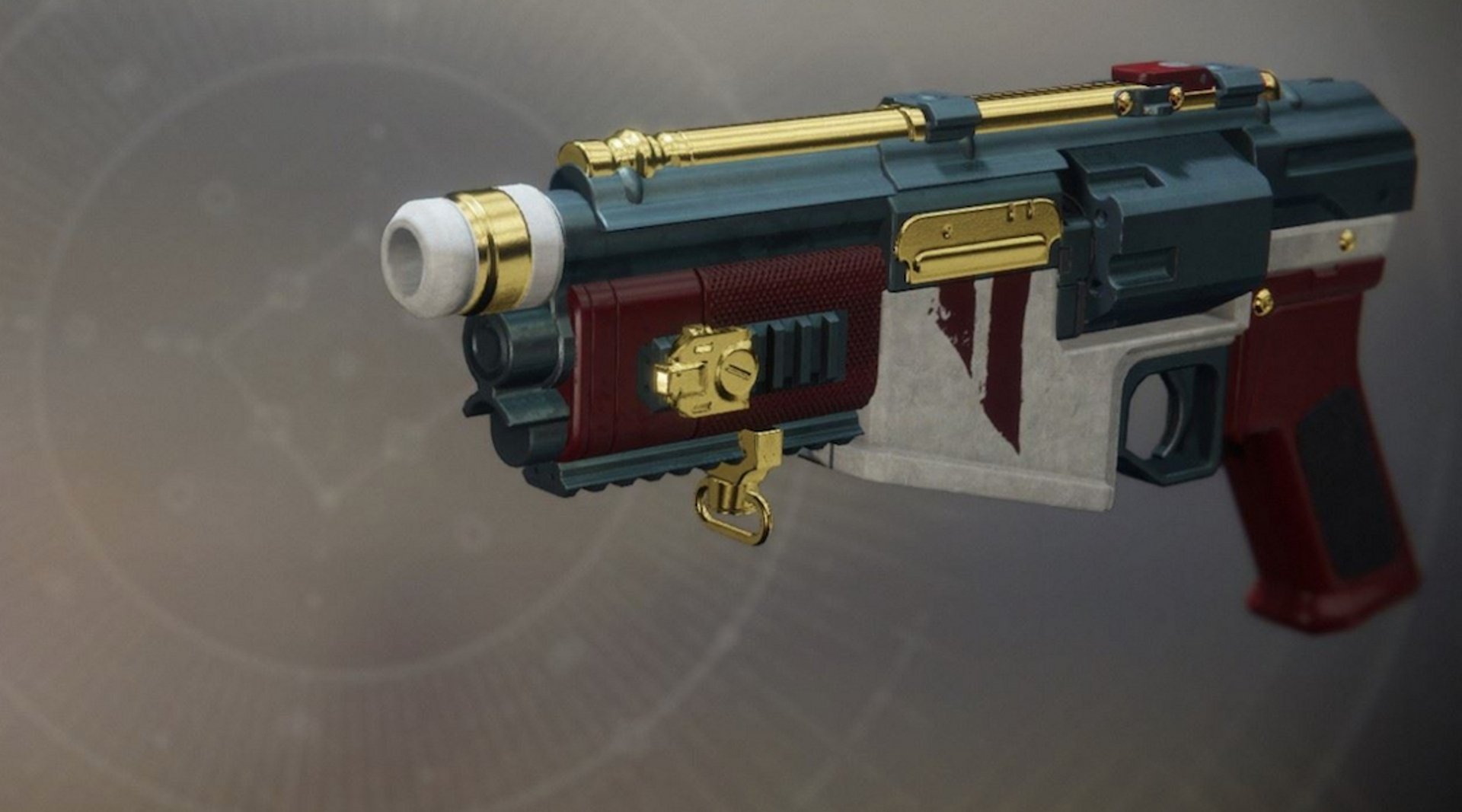 How to get the D.F.A. hand cannon in Destiny 2

Destiny 2’s Nightfall challenges offer players the chance to earn rare weapons and rewards for a limited time, and one gun many Guardians are hungry to get their hands on is the D.F.A. (Death From Above) hand cannon. It’s a weapon well worth adding to your roster, but be warned that earning it is a pretty involved endeavor. In this article we’ll teach you how to get the D.F.A hand cannon in Destiny 2.

How to get the D.F.A. hand cannon in Destiny 2

The D.F.A. hand cannon can’t be bought from any old vendor, provided instead as a potential reward for completing the a Nightfall version of the Tree of Probabilities Strike. Earning the weapon is as simple as repeatedly completing this Nightfall Strike while it’s active until the D.F.A hand cannon appears as a reward from the boss. What do you mean that’s not simple? Well, fortunately there are a fair few ways to speed up your grind through the strike itself.

The first thing you’ll want to do is team up with some friends or other players who are hunting for the same reward, as it’ll make farming the weapon an awful lot easier. Your plan for this strike is pretty much to run as fast as you can, avoiding fighting as much as possible except for at key stages where the game forces you to.

Minimizing the time you spend taking on unnecessary enemies means you can get through the strike far faster, letting you complete more runs and increase your odds of earning the gun. There are a fair few points in which you’ll have to stop and kill enemies though, and you’ll want to learn them. You and your team should rush forward and only start killing enemies in these specific areas:

Taking on Valus Thuun can be a big time sink, but there are a few strategies that’ll help you melt him faster. If you have a Titan and Warlock on your team, you should have everyone run to the spot at the back of the arena where Valus Thuun enters. Have the Titan drop a Small Barricade while your Warlock activates and Empowering Rift. These two abilities in tandem boost your team’s DPS massively, and could let you take him down right away if you’re making use of grenades, supers and powerful weaponry.

Valus Thuun will drop a chest when he dies, and if you’re one very lucky son of a gun, you might even get the D.F.A hand cannon on the first try. Sadly there’s no guarantee that you’ll earn it each time, so if you didn’t get it then you’ll need to head back to the start and run the Nightfall strike again.

The Tree of Probabilities only rolls around as a Nightfall strike every now and again, which makes earning the D.F.A. hand cannon a real thrill when you actually pull it off. It takes a bit of a grind to get it, but with a good team at your back and the tricks in this article, you’ll have it in your mitts before long.

All perks for the D.F.A. Hand Cannon

The good news is that you’re not earning the D.F.A. hand cannon for completion’s sake alone — the weapon itself is actually pretty good. A high rate of fire and impressive impact rating make this little cannon a serious contender for PvP in the Crucible. Opening Shot is a pretty decent Perk option if you’re sure of aim as it’ll boost the initial shot accuracy, letting you land deadly, long range headshots. We’d recommend Rampage however as the D.F.A. hand cannon really starts to deal hefty damage once you’ve earned yourself a few kills.

Now that the D.F.A. hand cannon is yours, make sure to check out all the other Destiny 2 Guides we have here at AllGamers, we regularly update with new guides as more weapons and secrets arrive for Guardians to explore.