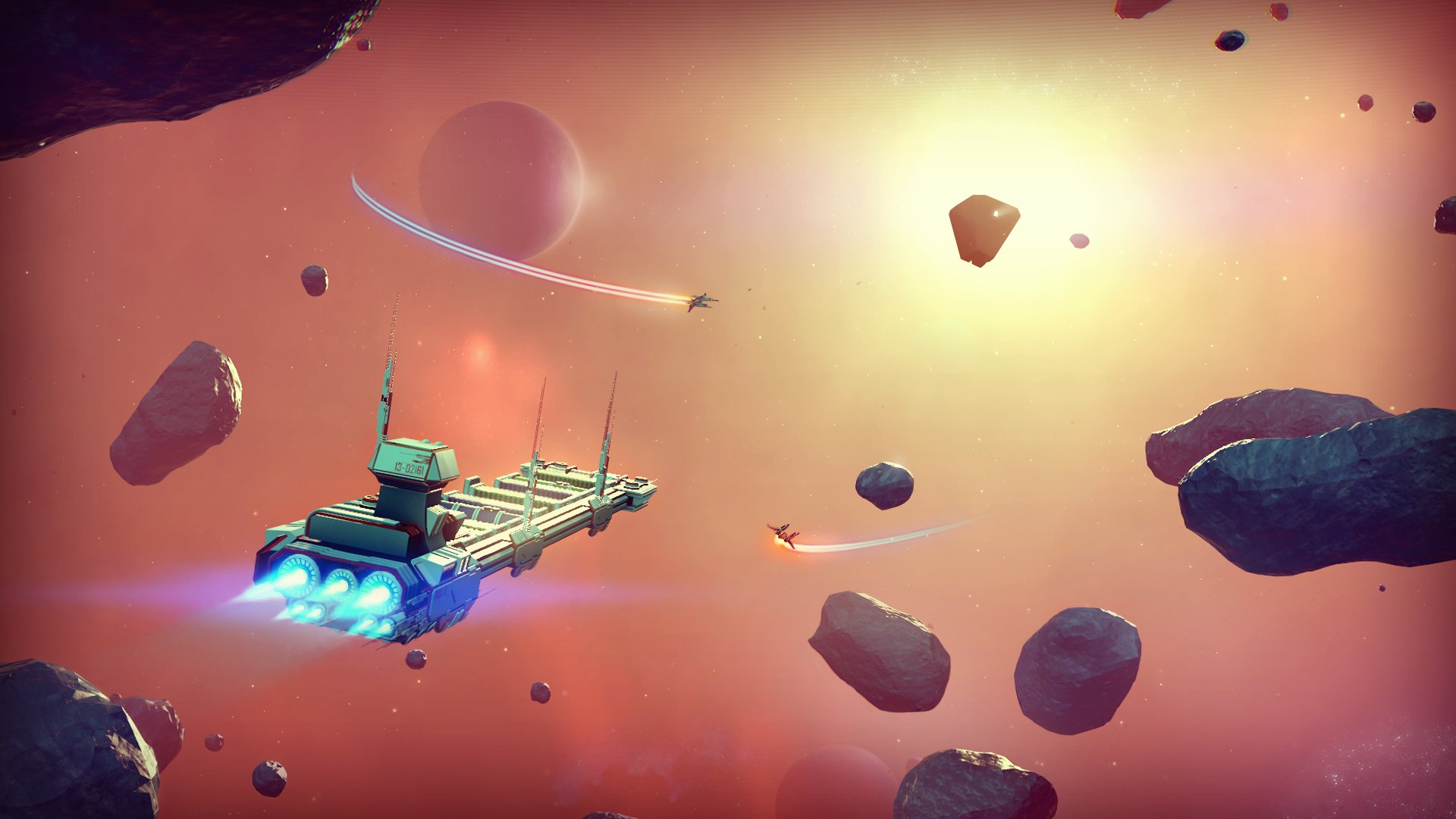 How to get a Freighter in No Man's Sky Next

The Next update for No Man’s Sky has significantly overhauled many parts of the game, adding full multiplayer and advanced base building, as well as making earning your first Freighter a much nicer experience. Freighters themselves were added to the game a little while ago but very extremely expensive, meaning few players ever actually got their hands on them. For Next, the requirements for your first Freighter have been dropped significantly. Read on to discover how to get a Freighter in No Man’s Sky Next.

How to get a Freighter in No Man’s Sky

While you’re exploring the universe, you’ll need to warp about to travel from planet to planet. Due to the procedurally generated nature of the game, there’s no specific place you need to head, but eventually you’ll warp into an area of space where a Freighter is under heavy attack from a lot of ships.

Help defend the beleaguered Freighter fend off the enemy ships (you’ll usually have to fight around four to eight enemy ships) and the Freighter’s commander will invite you aboard as thanks. Dock with the ship and head aboard to speak with him and he’ll offer you the Freighter as a reward for your help.

As we already mentioned, there’s no specific sector you need to travel to in order to have this encounter, but it’s well worth checking your surroundings each time you warp to look for a Freighter under attack. Of course, you can also buy Freighters by docking at them an negotiating with the captain, but you can expect to pay a hefty price of units each time you do this. Save the Freighter instead and you’ll be able to obtain one for free

Freighters are hugely customizable using the new base-building systems,  so once you’ve got yours, feel free to start changing it to suit your tastes. Good luck running into the Freighter mission out there, as it really is the best way of earning your first one without spending a lot of cash.

Once you've learned how to get a Freighter in No Man's Sky, the universe is your oyster. We have plenty of No Man’s Sky guides and features here at AllGamers, so why not take a read? Here’s how to get Chromatic Metal, one of the other new additions in the Next update that’s essential for base building.