Now you're thinking with portals. 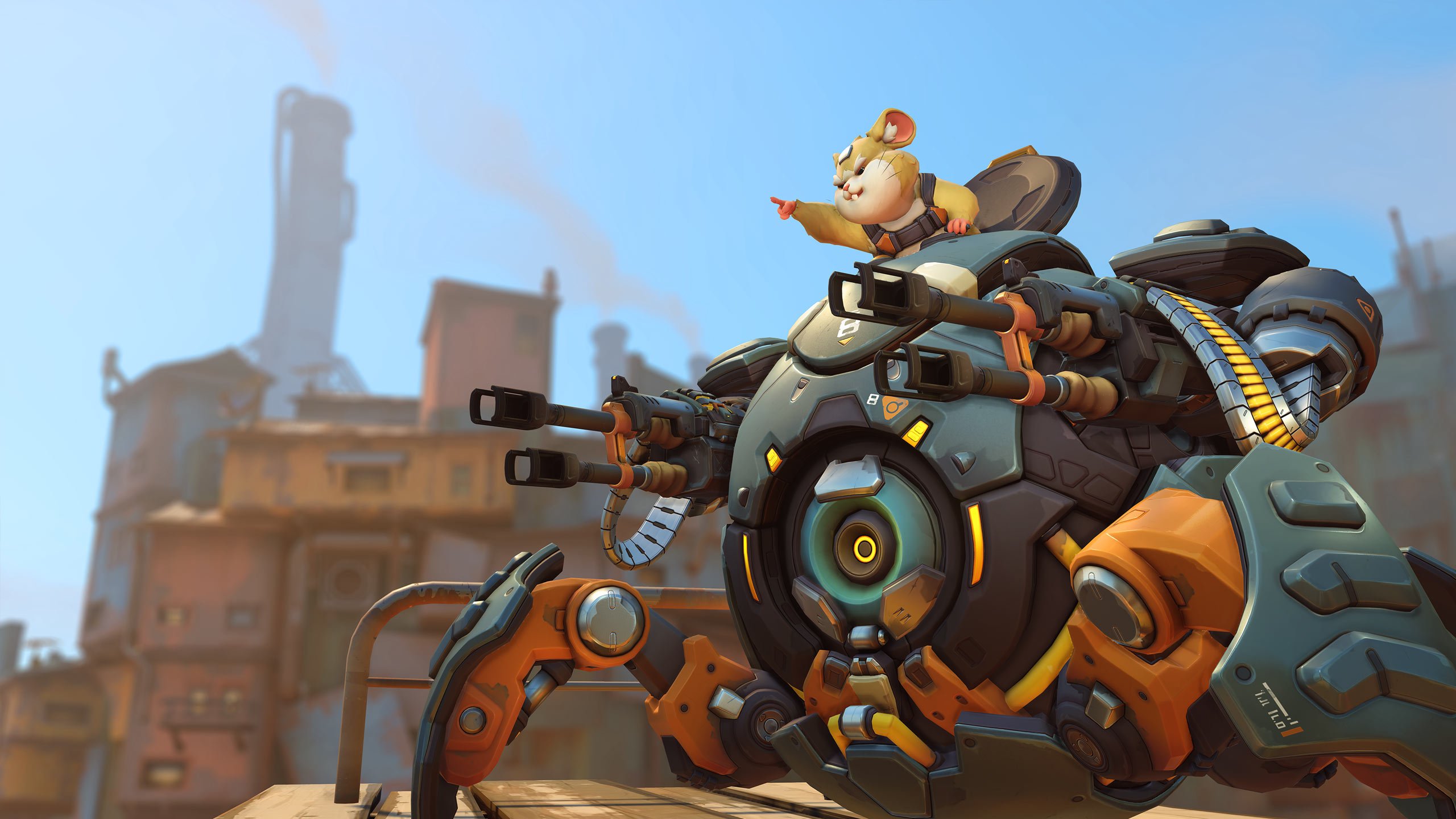 Overwatch has another new hero as mech-hamster Wrecking Ball has now rolled (ho ho!) into action for all players. Fire up the game and he'll be waiting for you.

The hamster part of Wrecking Ball is called Hammond, a scientific test subject granted high intelligence by experiments and gaining an interest in mechanics as a result. Following a mass breakout, Hammond swiped his spherical mech suit and hitched a ride from the Horizon Lunar Colony by attaching himself to Winston the gorilla's escape pod.

In terms of gameplay, Wrecking Ball's primary weapons are his automatic Quad Cannons, and a Roll mode in which he thunders around in ball form. While rolled up, he can also use his grappling hook to launch and swing into enemies. While airborne, his Piledriver move slams him into the floor and draws enemies into the splash damage zone. In terms of defensive options, his Adaptive Shield ability varies in strength depending on how many enemies are close by, while his ultimate move is a spray of proximity mines which scatter around him.

He may look cute, but he's a brute! Give him a spin today and let us know what you think in the comments below.