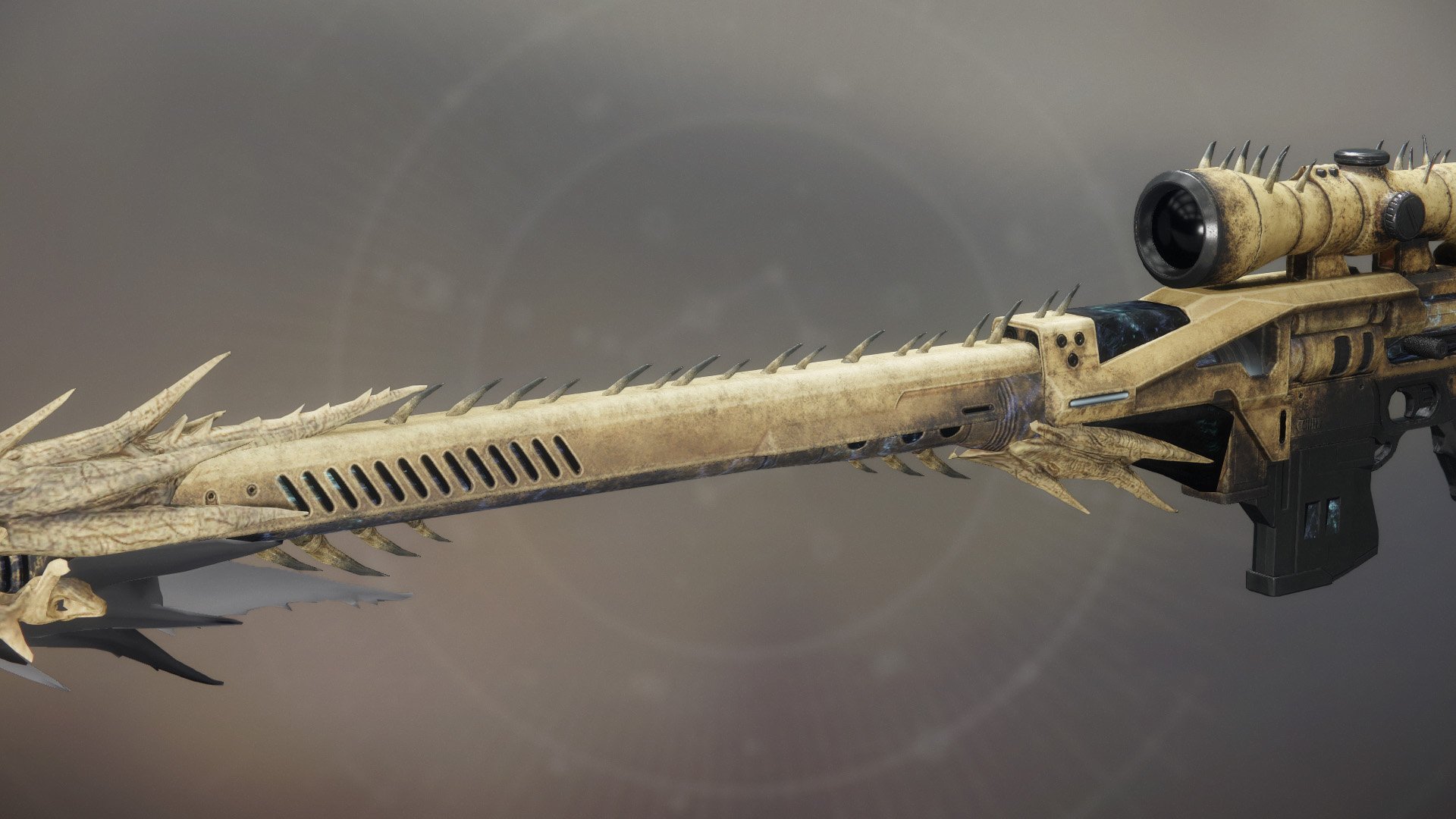 The Whisper Oracle order in Destiny 2

Learn the correct shooting sequence to unlock the secret chest with our guide to The Whisper Oracle order in Destiny 2.

Destiny 2's new secret mission The Whisper was a surprise to most fans, offering the chance to earn the followup to the iconic Black Spindle sniper rifle, a new weapon called Whispers of the Worm. A secret quest hidden on Io, The Whisper is challenging, requiring players best it within a short time limit if they want to reap the rewards. Beating the basic quest is far from the end of the mystery, however. Stashed away in the Heroic version of the mission (only unlocked after beating it once) are a series of secret chests players can find. Each of these grants progress for the Catalyst for the Whisper by awarding you Blighted Essence. There are five in total, and you can only open each chest once per week, so it's well worth knowing where they all are to maximize your earnings. In this article we'll teach you where to find all of the secret chests in The Whisper mission in Destiny 2.

The first point to remember regarding these chests is that they'll only appear in the Heroic version of the mission, meaning you need to beat the regular version of The Whisper first. In fact, you'll need to beat the Heroic version too as this will reward you with the weapon's Catalyst. There's no point earning the Blighted Essence unless you have the Catalyst, so grab that then return to the hunt.

The first chest for The Whisper can be found after you fall down through the Blight-smattered hole you find in the Lost Sector. Continue onwards until you reach a red hallway. While you'd normally head down the red path below, look over the red ledge instead and you'll see a hole in the wall which will be lit gently. Jump through there and you'll find the chest lying between a handful of Vex corpses.

The second chest is in the portal or "gate" room of the maze. Rather than entering the top right portal, instead travel down the path next to it (this will require some acrobatics to reach) and you'll enter a secluded passageway on the left with the second chest in. Those who aren't a fan of walking and jumping can also choose to enter the portal in the top left towards the back of the room - that'll teleport you straight to the chest.

The third chest can be found in the large grassy room (the crater room with a hole filled with shadow Thrall). Hug the left wall from the entrance you'll soon spot a small hole in it. Enter this and follow the path along to find another chest surrounded by dead Vex.

The fourth chest can be found in the same room as the third and is pretty hard to miss. Climb up the walls in the grassy room and you'll reach the ledge on the way forward. There will be a hole in the wall on the right hand side which you can crawl through to find the chest.

The fifth and final chest is in the large, outer room with the large Vex gate, whic should be right after you found the fourth chest. Instead of heading to the left and travelling deeper into the maze, head right towards the gate instead. There's an entrance lit up in the wall showing you where you need to go. Behind the gate is a pillar you'll need to jump on before jumping again to another pillar that's further away. The platforming is pretty tricky here, but if you're having trouble then there's another rock behind the Vex gate you can jump onto to reach the pillar. Once there you should be able to see a lit up area along a new path to follow. This will take you to the fifth chest  which should be visible from afar.

Congratulations! Once you've found all the chests you'll have netted yourself a good chunk of the exotic catalyst progress for the Whispers of the Worm. Complete the full mission and you'll earn 34% of the progress, meaning you'll need to do it another two times to unlock the catalyst. With all the chests found you'll also be able to deal with the Oracles at the Vex gate, unlocking even more secrets for the mission. Be sure to check out our guide for how to deal with them which will be going live soon.

While you're at it, why not check out all the other Destiny 2 content we have here on AllGamers, we have plenty of guides to step up your Guardian game.