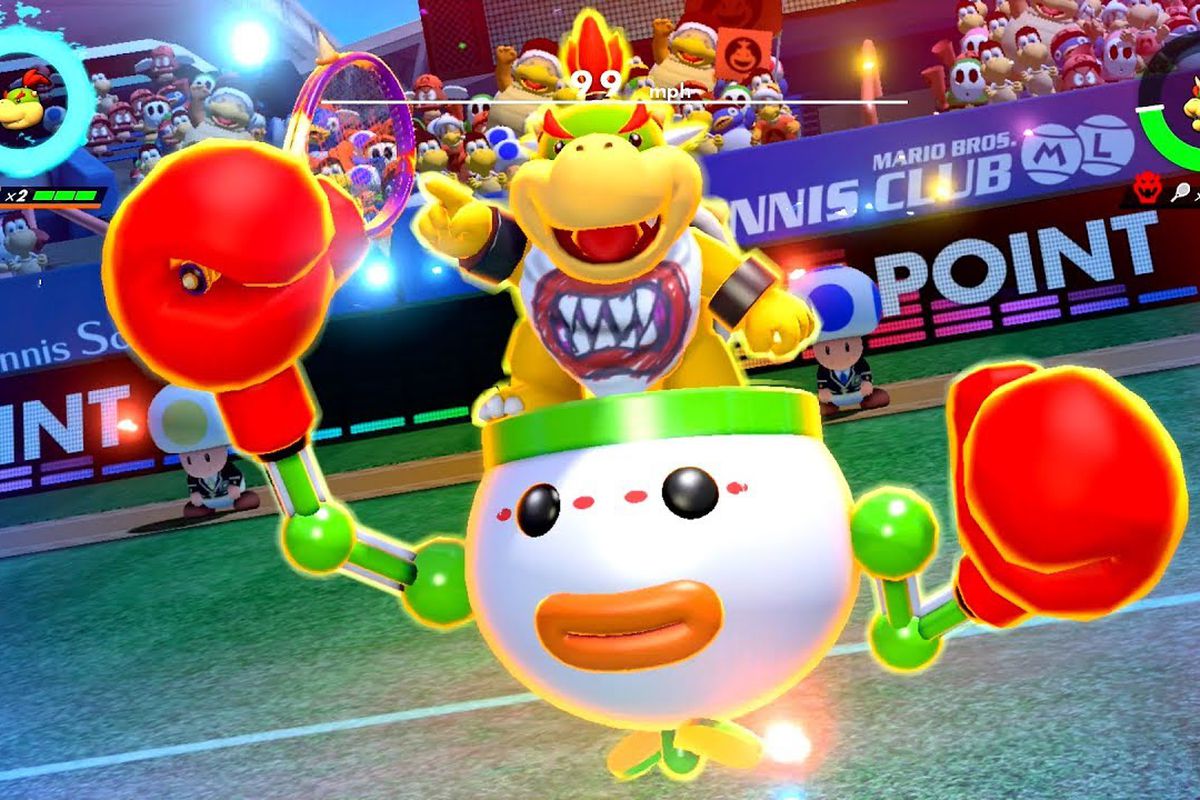 Get ready to shoot flare guns and loot care packages as Metal Rain returns to PUBG.

He may not be the character you'd expect to unbalance the game but fans of Mario Tennis Aces have been crying out for Bowser Jr, the cute offspring of Mario's arch nemesis, to be toned down in Nintendo's arcade sports game. Now, it seems like Nintendo has listened and responded.

What was the problem? This video makes it pretty clear.

Not only does Bowser Jr not have any notable weaknesses in the game, he could also move faster than others while charging a shot and benefited from the most forgiving application of the game's automated return system. Put simply, you could just hold down the button to charge up a special attack and wait for the ball to land virtually anywhere on his side of the court. He'd then automatically return the ball - even if he was seemingly nowhere near it - and as a powerful trickshot to boot.

Bowser Jr's status as an easy win quickly became common knowledge among the Mario Tennis Aces community, with many even saying it was acceptable to quit a match immediately rather than face another player who had chosen this griefer's dream.

Nintendo's latest update to the game goes some way towards nerfing this troublesome reptile. As of version 1.12 of the game, the developers have "adjusted how fast Bowser Jr. can move when charging a shot," and "lowered the angle at which he hits the ball back". And that's not the end of the tweaks. Nintendo has promised to revise his stats again, after studying the impact of the latest changes, before the official Mario Tennis Aces tournament kicks off in August.

So if you've been relying on Bowser Jr to crush your online matches, you're gonna need new tactics. Maybe it's time to "git gud" as the kids say.