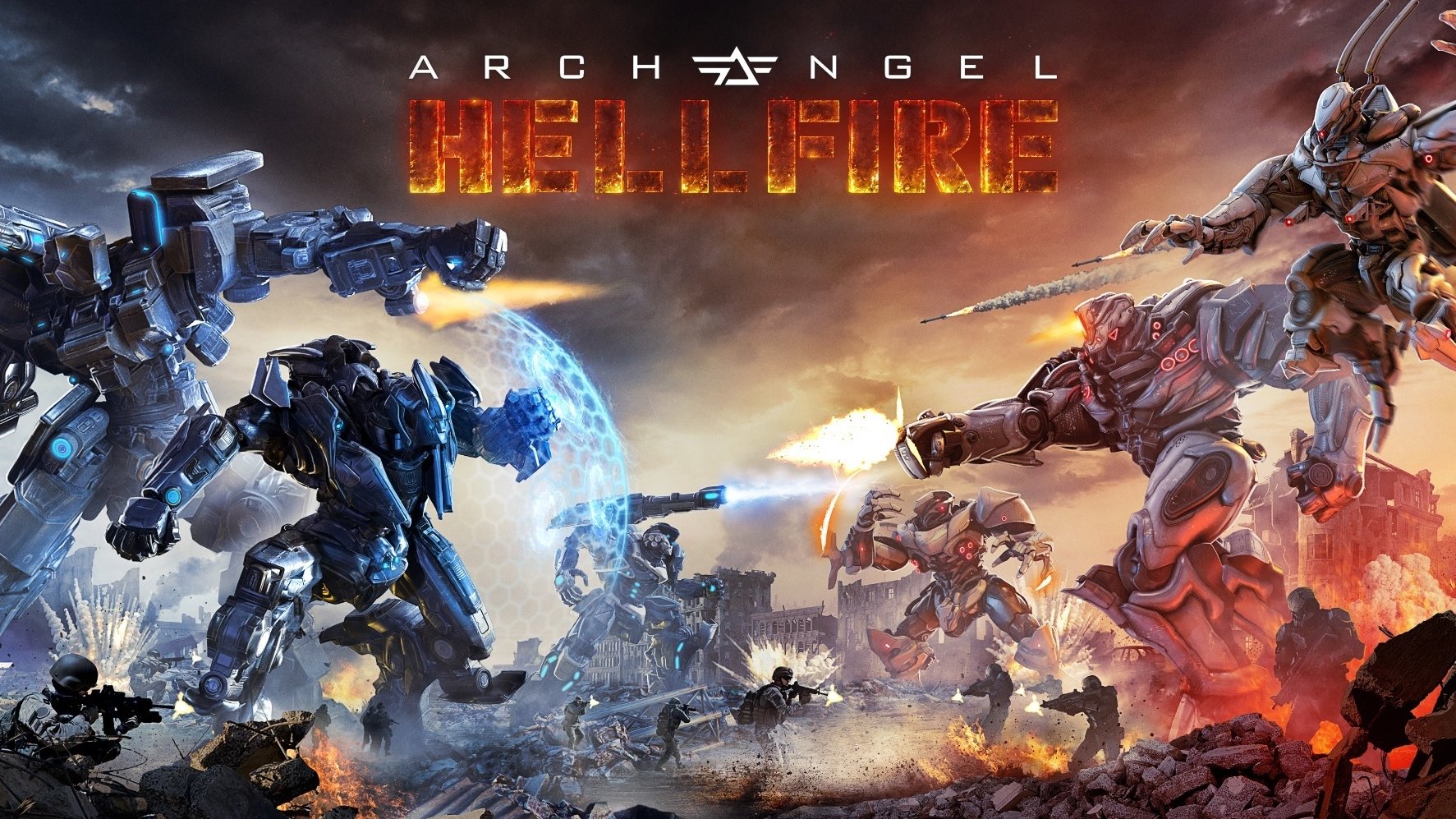 When VR first started to take hold mech games seemed like a surefire winner for the format, letting players live out childhood fantasies of stomping around in a powerful machine. Sadly, few developers have seemed willing or able to do justice to one of the coolest genres in gaming. Thankfully, where others have hesitated, Skydance Interactive is here to fill the gap with the VR-exclusive Archangel: Hellfire.

While most mech games simply have you controlling the mech as if it were your own body, Archangel takes the immersion to the next level. Sitting within the mech cockpit, you’ll not only need to control the arms and head of the machine to aim, but also manage the internal control panels to adjust shields and weapon power. By adding this level of detachment from direct control and placing you physically within the mech’s body,  Archangel is one of the few games to truly grant the feeling of directing a towering behemoth of metal.

Archangel’s singleplayer launched last year, but the recently released (and entirely free) Hellfire add-on has now introduced competitive PvP and co-op wave defence multiplayer to the game. In their latest in-depth video, Skydance Interactive employees as well as Twitch streamers and casters who went hands on with Hellfire discuss how Archangel offers an immersive mech experience like no other.

Aiming your weapons in Archangel is still a case of using your arms, but sitting within the cockpit you’re able to see both the location of your actual hands and the mech’s arms as they mimic your movements. This setup imbues a real sense of scale to the combat, giving you an idea of just how large the machine you’re commanding is.

“I think it’s the power that you feel when you’re just towering over an environment that you’re used to looking up to — I think that’s the fantasy that we offer,” Guy Costantini, Skydance Interactive’s VP of marketing says. “Then there’s the whole cockpit experience. Being inside a vehicle while being able to control the arms is really something different.”

Archangel: Hellfire’s mechs are no lumbering beasts though. Despite being six stories tall, these mechs are capable of boosting or flying in short bursts across the rocky battlefields. Cool, certainly, but rapid movement in VR are a surefire way to send many players into gut-churning bouts of motion sickness. Fortunately Skydance Interactive has spent a long time developing the visual side of the game to minimize nausea.

“The thing we were most terrified of was locomotion and finding an experience that wasn’t nauseating,” says Skydance Interactive co-founder Peter Akemann. “If we were gonna make a mech game, it had to be for everybody.”

Fortunately, the solution to this came naturally out of their aims for the game. Placing the player within the cockpit proved to be the perfect solution, creating a static framework around the player that allowed them to center their vision.

“We came up with a brilliant formula that allowed the head of the mech to move while you’re sitting on a rooted platform,” Akemann says. “It lets the mech express your body and movement which is essential to the anthropomorphic mech experience, but also created a comfortable navigation experience.”

Archangel: Hellfire is available now on Steam for owners of the HTC Vive or Oculus VR headsets. Be sure to check out our other detailed looks at Archangel's development on AllGamers.